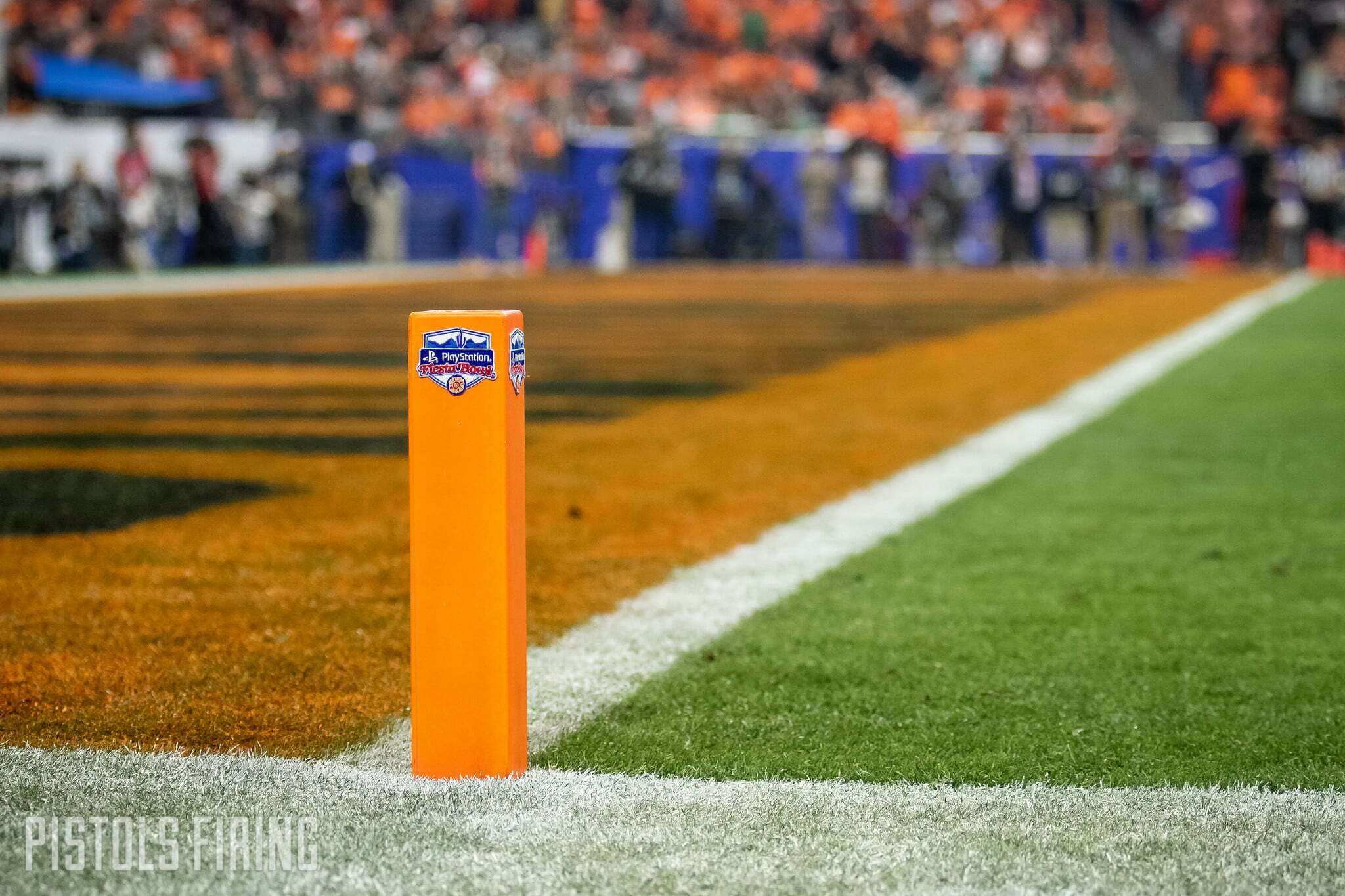 On Wednesday, the NCAA’s Division I Council made the decision to relax restrictions on conference championship game participants, a move that once finalized could (and likely will) change how champions in respective conferences are crowned.

The decision effectively removes the requirement at the FBS level that previously forced leagues with 12 or more members to split into divisions and then to have each division winner play each other for the crown. It opens up the potential for new scheduling models, and while the Big 12 is currently round-robin style, OU and Texas’ departure culminating with four imminent additions could certainly spur new change.

In the Pac-12, that has already happened. As the news broke on Wednesday, the league announced nearly in lockstep with the Council’s decision that it will revamp its championship game format. It plans to keep divisions in place but it will have the two teams with the highest conference winning percentage playing for the championship regardless of division as opposed to winners from each of the two divisions. Its decision is effectively immediately.

The Big 12 doesn’t have to worry about the implications of this decision for awhile — OU and Texas are here another year, the round-robin style works and there are no divisions — but this could have an effect on the new Big 12 when BYU, Cincinnati, UCF and Houston join the league, especially if divisions are at some point created. (It would ultimately lessen the importance of divisions, too, which should now be factored in down the road.)

Most likely, this decision will have a larger impact on the SEC and the ACC — which have in the past had wild scheduling quirks (such as Texas A&M playing Georgia once in a decade since joining the SEC). If the importance of divisions is diminished or outright eliminated, we may see more teams playing more frequently. It’s hard to imagine a 16-team SEC when OU and Texas join keeping divisions, particularly for a league that plays only eight conference games.

However the college football landscape reacts now may ultimately serve as a blueprint for how the Big 12 — both current and future — will react when its new membership is in place. But for now, this can only be good for college football, likely guaranteeing that regardless of division membership the top teams will, in most cases, be playing for the title in their respective conferences.