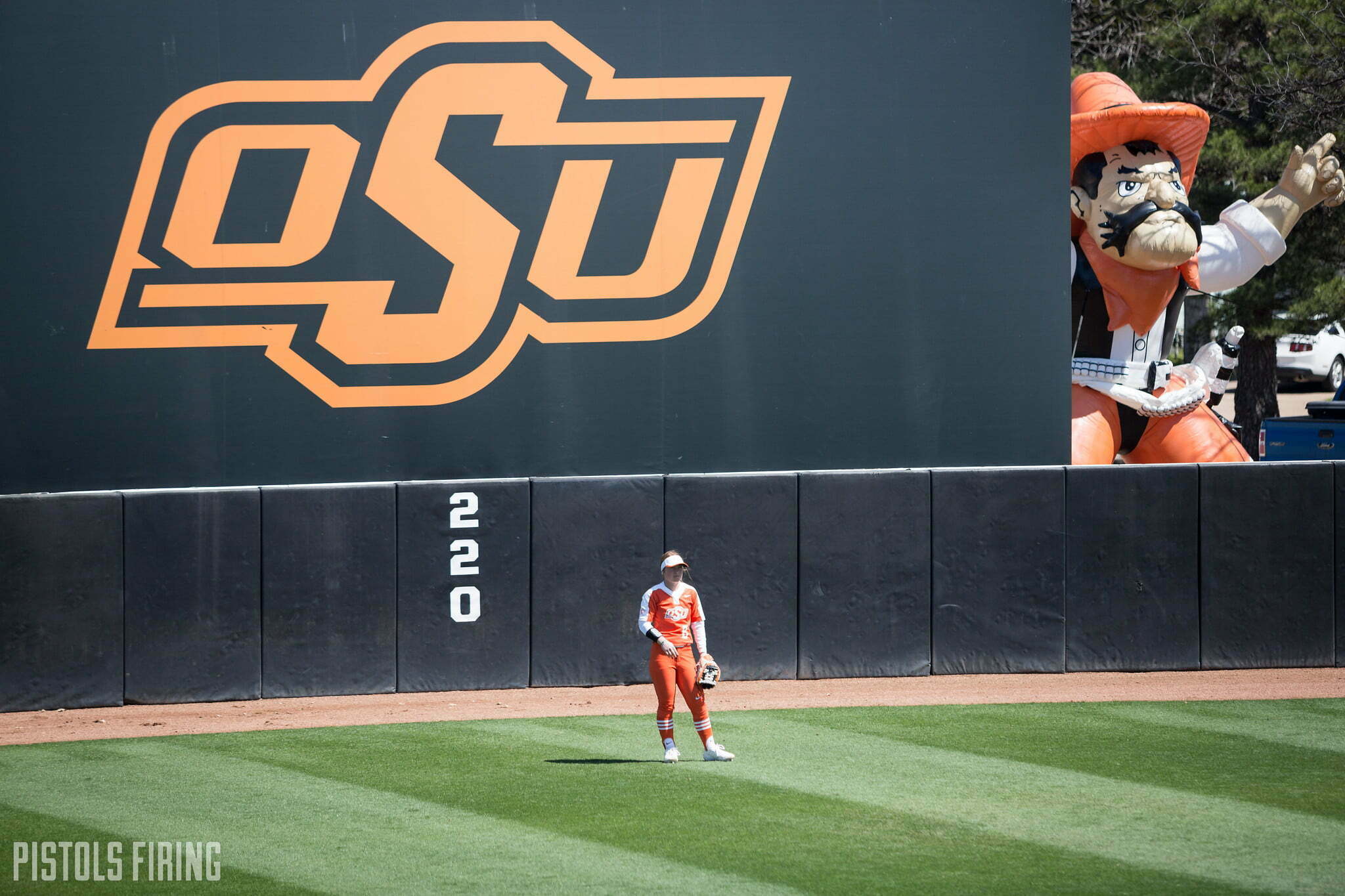 STILLWATER — Cowgirl Stadium will have a new look to it in 2022, but Kenny Gajewski said the upgrades are just a holdover for the main course.

The Oklahoma State softball team starts is season on Thursday in Arizona with a game against Arizona State in the Kajikawa Classic. The Cowgirls don’t play at home until a March 4 doubleheader against Stanford, but when OSU does take the field at Cowgirl Stadium, it’ll do so on a new turf outfield with a new outfield fence and protective netting behind home plate.

The old natural grass in the outfield held water a little too well, causing for games to be altered because of water buildup. And pads would somewhat regularly fall down off the outfield wall during games causing delays as support staff went out and attached them back to the fence. That description sure doesn’t sound like home to a team that has made back-to-back Women’s College World Series. Although these upgrades will certainly spruce up the place, Gajewski said Monday the fix is only temporary.

“In all essence it’s just helping us get through because it’s not enough,” Gajewski said. “It’s really not enough. We need to keep jumping in. We need a new stadium. That’s coming. Everybody here knows that. I’m not trying to beat a dead horse.”

Cowgirl Stadium opened in 2000 and has had a slew of minor renovations done to it over the years in the forms of a scoreboard and a standing room deck beyond the wall in left field.

Gajewski said one of the major issues with the stadium is its seated capacity of 750. That’s the smallest among teams that made last season’s Women’s College World Series, smaller than Cinderella Story James Madison out of the Colonial Athletic Association.

This isn’t the first time Gajewski has mentioned the Cowgirls needing a new stadium. With Oklahoma State under the new leadership of president Kayse Shrum and athletic director Chad Weiberg, Gajewski said those talks haven’t slowed down. Gajewski also made reference of Weiberg’s “facilities master plan.“

“We’ve engaged a big firm to kind of do a master plan,” Gajewski said. “I don’t know how much of that is out there, so I probably ought to stop. But that’s going on. I got to think that softball is right up there at the top of that.”

Gajewski said he understands that his team isn’t the only one that needs upgrades. He said that in order for his softball team to be good, the OSU football team has to be good. He said the same with Mike Boynton’s basketball program. Football and men’s basketball teams are usually the only programs that make a profit at a given university.

Gajewski also made reference to the OSU wrestling team “grossly” needing improved facilities. The Cowboys are getting a $1 million upgrade to their locker room, a project that is in progress. Gajewski also said OSU’s track teams need an indoor facility.

The turf, that is supposed to play similarly to natural grass, and the new fence are nice, but Gajewski’s sights for the program that starts the season ranked as high as second nationally are higher.

“But I’m not committed to [the turf and fence] being the end, I can tell you that now,” Gajewski said. “I’m committed for us to find the right donor or donors to jump in here to help make these girls’ experience the very best like the O’Brates have over there at the baseball field. That’s the standard, and so there’s no reason that our kids shouldn’t have the exact same thing.”