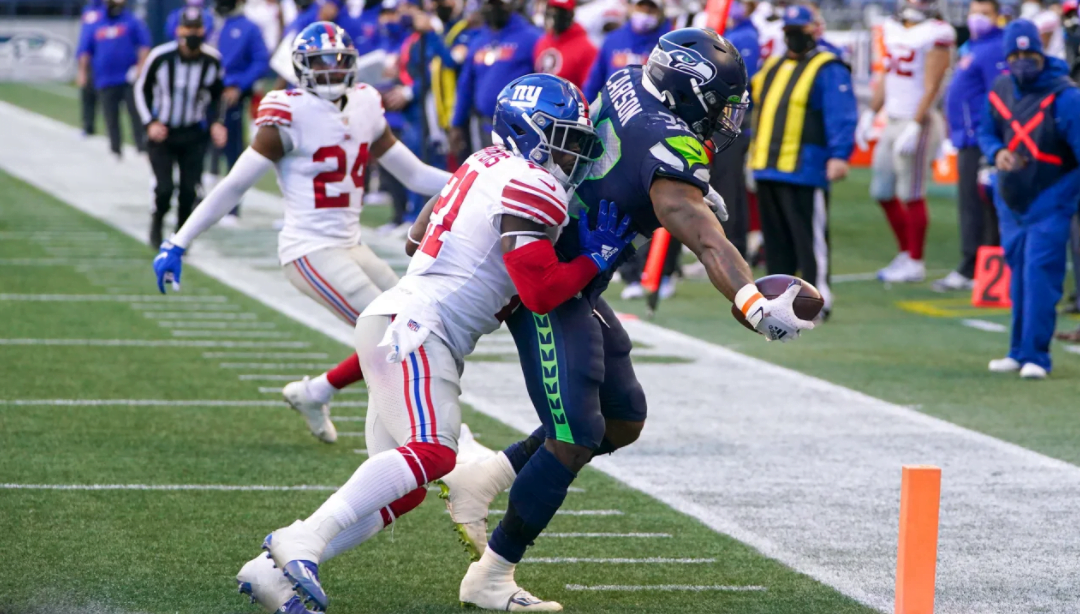 Thanks to some scheduling shifts across the league, several OSU alums will be in action between the two Monday night games and the one on Tuesday. But there were enough plays made by former Cowboys on Sunday to warrant an update.

We’ll be back with coverage in case Dez Bryant throws a trick-play TD to Justice Hill on Tuesday night.

Chris Carson was productive in his second week back from injury and almost helped his Seahawks complete a fourth quarter comeback against the New York Giants.

Carson toted the rock 13 times for 65 yards, but his biggest play was through the air, when he lined up on the outside and Russell Wilson found him for this 28-yard TD pass.

Carson ended with three catches on six targets, 45 receiving yards and that score.

Former OSU sack leader Jordan Brailford made his on-field NFL debut on Sunday, and he did so with a splash.

Brailford forced and recovered a fumble and then shared in a safety during the Vikings’ home game against the Jaguars.

Brailford’s teammate, Dan Bailey, had a rough day but ended it well. To start, Bailey — who at one time was the NFL’s most accurate kicker —missed two of his three extra-point attempts. (At least Brailford’s safety made up for those.)

Then, after making a 48-yard attempt earlier in the fourth quarter, Bailey missed his second field goal attempt, a 51-yarder that would have given the Vikings a 3-point lead with less than a minute remaining. Instead the game went to overtime.

Fortunately, Bailey was given the opportunity to redeem himself with this 23-yard chip shot for the walk-off victory.