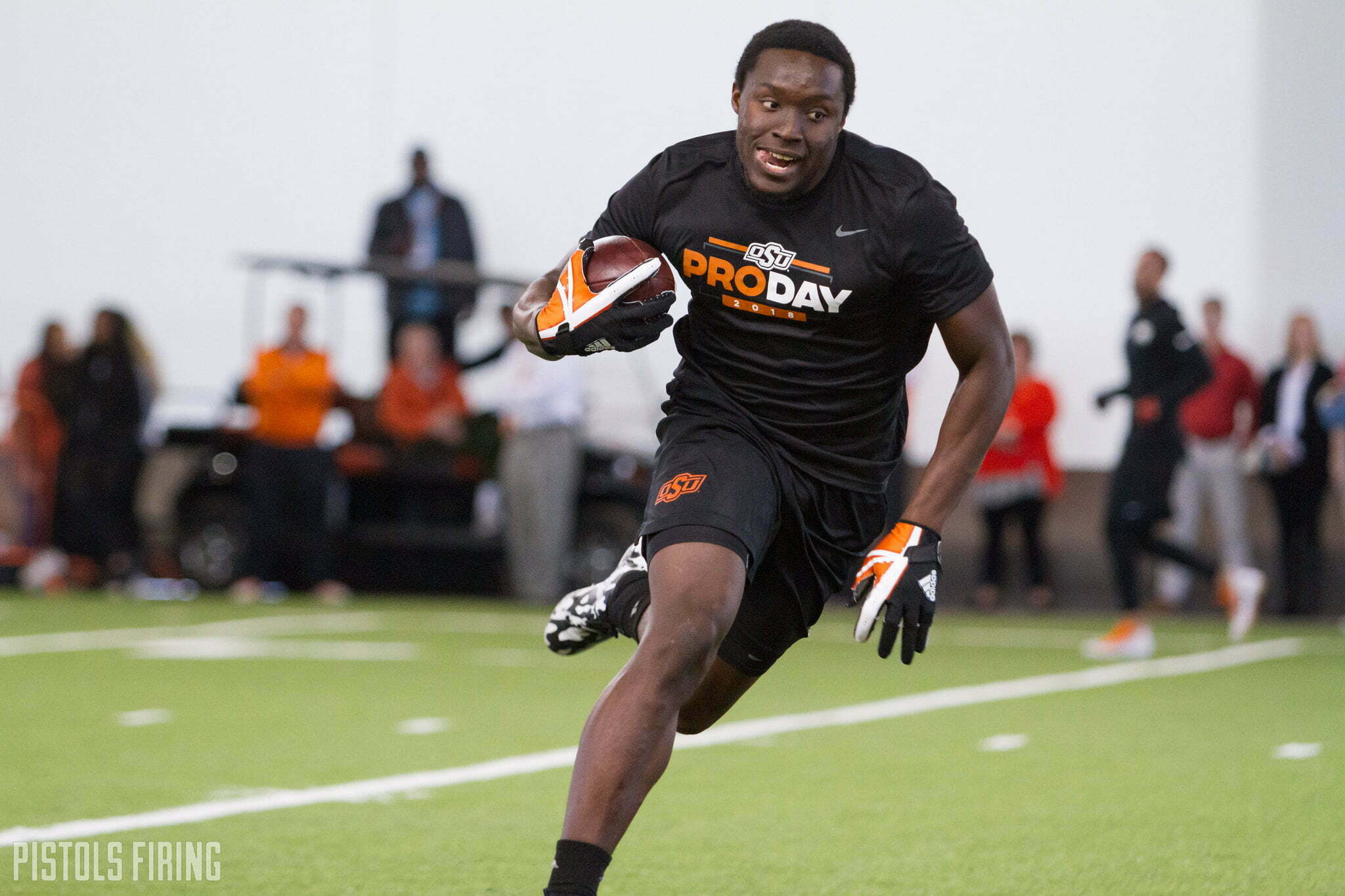 It was an eventful week for former Cowboys in the NFL. Let’s check in with OSU alums after the NFL’s Week 14 starting with a big day from a former Biletnikoff winner.

For the 500th Time, Throw James Washington the Ball

A touchdown should not be such a rare occurrence for a former Biletnikoff winner, but such is the way the Steelers under-utilize James Washington.

Just throw it to him. He might do something cool.

Those were just two of his four catches on six targets during the Steelers’ 36-28 loss to the Vikings. That tied a season-high for balls thrown his way and was just his second TD of the year. He finished with 65 yards and that score.

Despite his lower number of opportunities, Washington boasts a catch rate of 58.3 percent (higher than more-targeted Pittsburgh receivers like Chase Claypool and JuJu Smith-Schuster).

Chuba Back in at RB1

Carolina running back Christian McCaffrey is back on the bench after a second significant injury ended his season. So that puts the rookie back in at RB1.

In his first start back, Hubbard came came in second to Cam Newton in rushing for the Panthers. Hubbard mustered only 33 yards on 10 carries, but he made one of them count.

It looked like Jenkins’ rookie season might be over before it started when the Bears’ second-round pick underwent back surgery in August. But Jenkins was able to make his debut last week with a quick couple of special teams snaps and then saw his first reps (49 snaps) on offense Sunday.

From all accounts, Jenkins is still a tad bit rusty — as should be expected — but he made a nice play down field that led to a touchdown during Chicago’s loss to Green Bay.

Three former Cowboys are on the Pro Bowl ballot this year, and there’s still time to vote.

• Just a day after being activated by the Las Vegas Raiders, Tyron Johnson returned four kicks for 73 yards in a loss to the Chiefs. He and former OSU teammate Dillon Stoner are in the same receiver room.

• Speaking of THROW HIM THE DANG BALL, Tylan Wallace has eight more tackles (nine) than he does targets on the season (one).

• Lane Taylor has started the last three games for the Houston Texans.