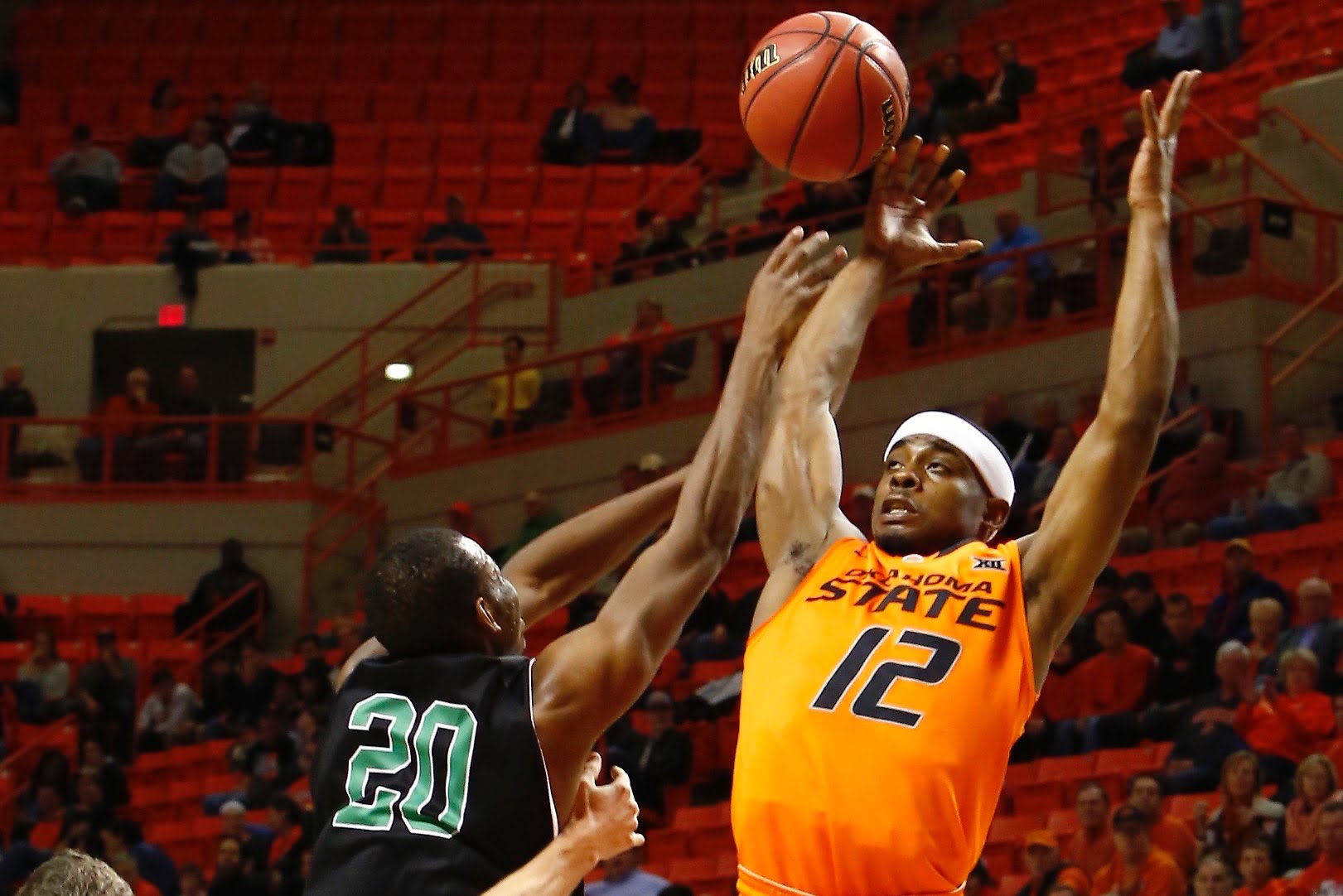 Forte finished with 32 points (a career high) on 8/13 shooting and tossed in four boards, two steals, and two assists. He set the pace on offense and helped Anthony Hickey disrupt North Texas on defense.

As a team OSU had seven steals to go with nine (!) blocks and limited North Texas to 38 percent shooting. Mike Cobbins and Anthony Allen combined for six of those blocks and also combined for 26 points and 16 boards.

Nash missed the game due to “disciplinary reasons” (we’ll talk more about this in a minute).

Before we start irrationally talking about the Big 12 title race I’d like to point out that North Texas is No. 220 in Ken Pom’s rankings which would make it the fourth-best team OSU has played thus far.

Still, OSU has done nothing but impressed as its off to its first back-to-back 7-0 starts since ol’ Phillips was still on the football schedule (just after the television was invented).

They play hard on defense, don’t whine and everybody knows his designated role. It’s actually…really fun to watch.[1. Remind me of this in mid-February when we’re 3-10 in the Big 12 and I’m calling for Ford’s head.]

• Sad but true: Nobody is surprised that Nash (a senior Nash) missed a game for “disciplinary reasons.” There are a number of rumors flying around Twitter and in my email inbox that range from bad grades to, uh, other stuff but I’m not sure anybody knows what is actually up.

Ford did insinuate, however, that he would be back on Saturday.

Ford said Nash's absence was disciplinary. Seems he should be back Saturday against South Carolina.

• On that note I wish Travis Ford had been asked and responded with “I would NEVER discuss a personnel issue like that!”

• When is the last time Forte started a game in the 70s in free throw percentage? He did tonight at 79 percent.

• Is anyone else disturbed by the 10 year old telling her dad she’s going to get a ride from a friend to soccer practice because he’s had three Bud Heavies? I mean I understand the point but…

• After tonight Anthony Hickey is 32 percent from three. Somebody the other day (maybe Nate?) posited that he was a “much” better outside shooter than Marcus Smart. I’m not so sure.

• Worse hands: Cobbins or Tracy Moore? Speaking of, somehow in the 11 years he’s been in Stillwater Cobbins hasn’t gotten much better on offense. You’d think he’d improve to some degree just by accident.

• Mitchell Solomon might be the best screener in OSU history.

• The “QUIT GUESSING” fan was the real MVP of this telecast.

• I love Clip’s shot so much. My dad pointed out the other day that I had the wrong guy when I designated Hammonds our fifth starter. It’s going to be Clip.

• We are Point Guard Offensive Rebounding U.

• When my wife has something on a Monday night and tells me she’s leaving me in charge of the kids.

• I love Anthony Allen because he knows his role. I think everybody does, actually. Even Le’Bryan who’s sliding into the “superstar who has to miss a few games to remind everybody he’s a superstar” role nicely.

A friend just texted me re: Nash — "He's not going to be a bleeping astronaut, let him play!"

• Is it absurd that I trust Hickey to make good decisions more than I did Smart? We’ll see if I’m singing a different tune come February in Phog Allen but for now…I do. Hickey is a boss. He’s like having 85 percent of Smart but he passes more and doesn’t jack it.

• How many points do you think Forte would score if he shot a three every time down the court and do you think we would beat North Texas? I say 65 and yes.

• “Phil Forte has a big Valentine” was the line of the night for me from Manzer.

• Could Tavarius Shine be our 6th man? I think he could.

• I never want to hear another Forte-Keiton comp again. Keiton could shoot (kind of) but he needed 80 shots to get 22 points. Forte can defend, pass, rebound AND shoot. And he’s a better shooter.

• Will Cobbins give up more points via goaltending than he scores this year?

• Where did they bury #LobStilly?

• And here’s another one.

After making all four shot attempts tonight, Anthony Allen is 12-12 from the field this season. #OKState

Next game: Saturday at 11 a.m. at South Carolina. I will be inactive for personal reasons (not to be confused with personnel reasons). Amilian might have to take you into Bedlam.