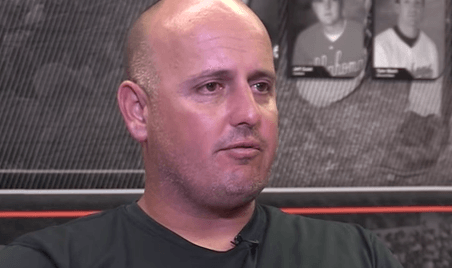 Fall practice is well underway for the defending Big 12 champs. I’ve had a chance to catch a few practices, and here are some of my observations, along with all of the big news for OSU Baseball.

The Cowboys host the Blue Jays – from Ontario, not Toronto – in a 14-inning scrimmage on October 14. This will give Josh Holliday an idea of where his team stands as fall practice starts to wind down.

OSU also released the 2015 schedule, and there are some great matchups for the Cowboys this season.

I’ll break it down more in the spring as the season gets closer, but Holliday will need his team to be ready from the first game, as the Cowboys have five games against 2013 Regional teams in the first 10 days of the season.

OSU will host Big 12 series against Kansas State, Texas, Baylor and West Virginia, along with non-conference games against Oral Roberts and OU in Stillwater.

Oklahoma State has a lot to replace from its Super Regional and Big 12 championship team. Five Cowboys were drafted, including closer Brendan McCurry and Big 12 MVP Zach Fish. Starting pitcher Jon Perrin was also drafted, but will return for his senior season.

Another returning player is All-Big 12 shortstop Donnie Walton, who looks like he has really improved his plate discipline. He will also be called upon to be a leader for this team, being just one of four returning fielders.

Two of those returning players had a chance to play in the Cape Cod League this summer. Conor Costello featured in 31 games for Falmouth Commodores, including six relief appearances. He also had three homers and 12 RBIs in 97 ABs.

Meanwhile, Garrett Williams made 10 appearances for the Chatham Anglers – including four starts – while posting a 4.74 ERA and recording 23 K’s in 24.2 innings. Williams was named to the Baseball America Summer Prospects List.

Throw in the nation’s No. 5 recruiting class according to Collegiate Baseball, and this team should be poised to make another deep postseason run.

One of the standouts so far is freshman catcher Michael Higgins from Stillwater HS. He’s big at 6’4” – the average height for a starting MLB catcher this season was just below 6’1”, and no one was taller than 6’4” – but has shown early he can hit for power.

Another Stillwater High signee looking to make an immediate impact is outfielder Jon Littell. He had some great hits in the scrimmages, and was one of only two players in this class to be drafted last June.

Lastly, it was not a good season for Oklahoma State alums in the pros. Managers Robin Ventura (White Sox) and John Farrell (Red Sox) combined to finish 36 games under .500, with the Red Sox back in last place in the AL East after winning the division last season.

Jordy Mercer hit .255 with 12 home runs and 55 RBIs for the Pirates, but went 0-4 with two strikeouts in the Wild Card game against San Francisco. Tyler Lyons was 0-4 with a 4.42 ERA for the Cardinals this season, but wasn’t named to the roster for the NLDS against the Dodgers.

One of the only bright spots was pitcher Andrew Heaney. Drafted in 2012, he got a chance to make five starts for the Marlins this season. While he did have a 5.83 ERA and gave up six home runs in 29.1 innings, he also showed he has the potential to be the next young ace for Miami’s staff next season.

Fall practice ends November 2, and is open to the public. Check here for dates and times.