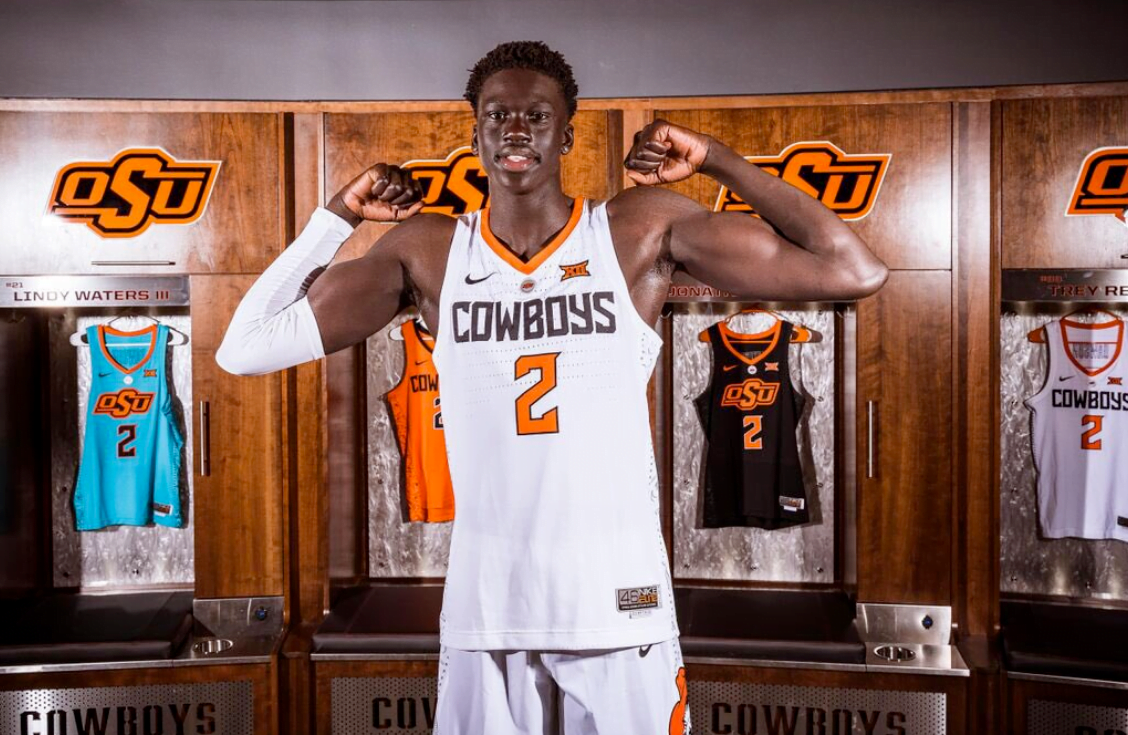 JT Thor’s recruitment process has been a winding road of mystery, but there might yet be an end in sight.

Thor is down to three programs: Oklahoma State, Auburn and UCLA, according to Tipton Edits. A 6-foot-8 power forward, Thor is a four-star recruit and ranked 51st in the 2020 class.

Thor took an official visit to OSU back in September alongside signees Cade Cunningham and Rondel Walker. In the short time after, it seemed like a lock that Thor be a Cowboy, but the early signing period came and went without much coming from the Thor camp.

Originally a 2021 prospect before reclassifying, there were rumors that Thor would fall back into the 2021 class. There were other murmurs that Thor would go overseas to start his professional career, but here things are in mid-March with OSU back in the mix.

Rivals’ Corey Evans wrote Wednesday that OSU has “picked up some steam” with Thor. Thor’s named started being mentioned again when Matthew-Alexander Moncrieffe committed to OSU and said that he planned on recruiting Thor to join him.

Signing Thor would move Mike Boynton’s 2020 recruiting class from 10th nationally up to sixth, trailing only Kentucky, Duke, North Carolina, Michigan and Tennessee. If OSU added Thor and Donovan Williams, who is down to six schools, OSU’s class would still be No. 6.

The Cowboys (and a lot of other teams) could use someone with Thor’s skill set. At a long, 6-8, Thor can still dribble and shoot. And he can definitely attack the basket. OSU is losing starting power forward Cameron McGriff to graduation, and depending on how Boynton wanted to use his other pieces, Thor would likely fight for major minutes in the spot.