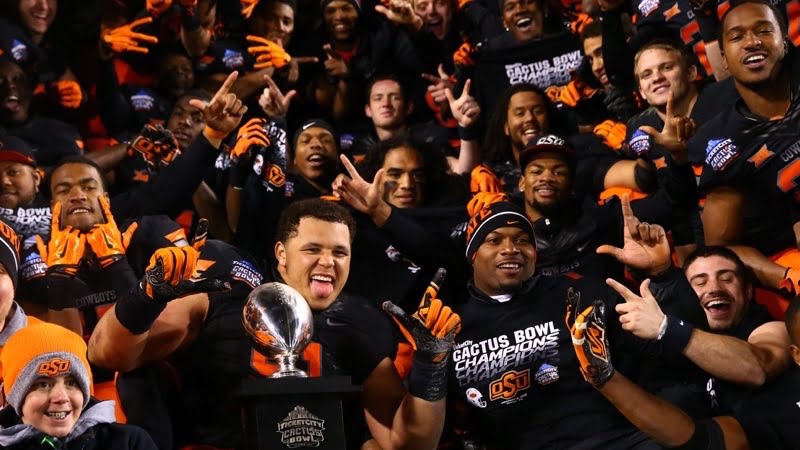 James Castleman won’t be there but OSU will still be good in 2015. (USATSI)

As you know Oklahoma State will be one of the favorites to knock TCU and Baylor off their perch for the 2015 Big 12 championship.

Bovada has Baylor as a 16-1 favorite to win it all and TCU (which returns so many people they’re going to have two scout teams) a 15-2 favorite.

Even better than Texas though is OU at 25-1. You mean the team that got beat by 250 in a thing called the Russell Athletic Bowl and just fired all of its coaches? Sure, 25-1 sounds great!

Especially one that has the favorable schedule OSU has.