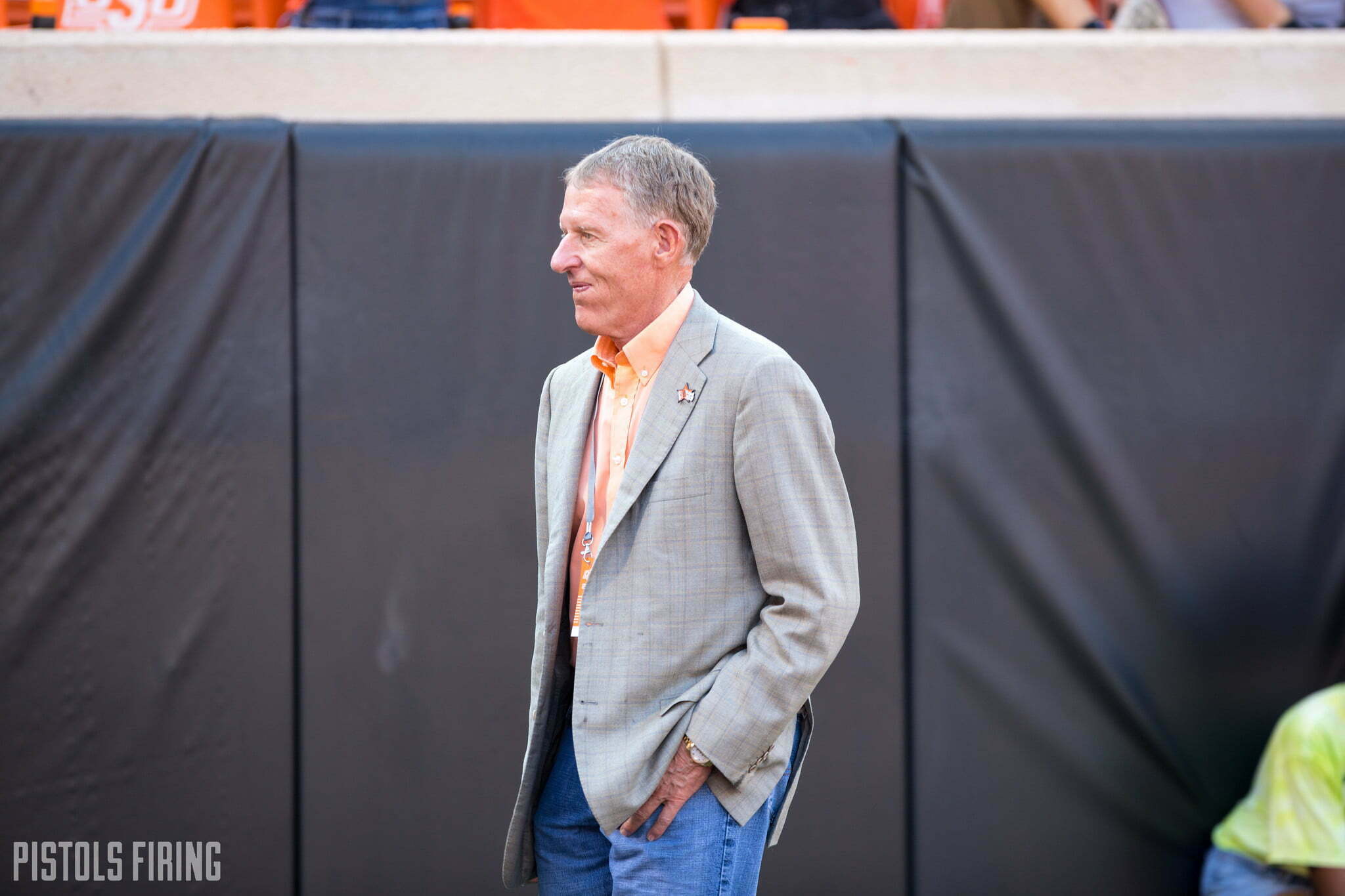 Mike Holder’s time as Oklahoma State’s acting athletic director is coming to an end, but it is truly hard to quantify the positive change he brought to the university and its athletic department.

The north side of OSU’s campus looked nothing like it does now when Holder took over in 2005.

Holder’s legacy with revolve around all of the new facilities that sprouted up over his 16-year tenure.

BPS was rededicated in 2009. Since that rededication, OSU’s football program is 110-44.

Although the football program will be the biggest part of Holder’s legacy as OSU’s athletic director, he didn’t stop pushing OSU forward when the west end zone opened.

In 2013, Holder and OSU upgraded the track and field facility, a $9 million renovation. That same year, the Sherman E. Smith Training Center opened. It has an indoor facility that a lot of OSU’s athletic teams have used throughout the years, but it’s primary use is for football. It also includes three other fields.

The next year, the Michael and Anne Greenwood Tennis Center opened, a $20 million facility.

Across the men’s and women’s tennis teams, OSU has 20 All-Americans. Five of those have come since the new tennis center opened.

If Holder would’ve stopped there, he would’ve been a Hall-of-Fame-level AD, but he didn’t.

I covered the soccer team in my early years at the O’Colly, before the new stadium. The soccer team had a good amount of success before the stadium was built, and it’s a wonder how. It used to just be a field and some metal bleachers.

The Cowgirls won a Big 12 championship in the stadium in 2019 and are 33-12-5 since the stadium was rededicated.

Allie P. Reynolds Stadium had its history, but O’Brate is some sort of baseball oasis.

And those are just the giant structures that made Holder such an elite athletic director.

He also brought it a ton of high quality people. He gave the unknown Mike Boynton a shot, which led to OSU getting Cade Cunningham. There are a lot of those types of lines that lead back to Holder.

He brought Josh Holliday back in 2013, and all he has gone onto do is win two conference tournaments and a regular season Big 12 championship since then.

I’ll end with a stat that is telling of just how exceptional Holder is as an AD: since Feb. 1, OSU is a combined 40-13 in sporting events where it’s OSU vs. another school (i.e. not golf tournaments or track meets). There have been 53 of those events, and OSU has won 40 of those — insane.