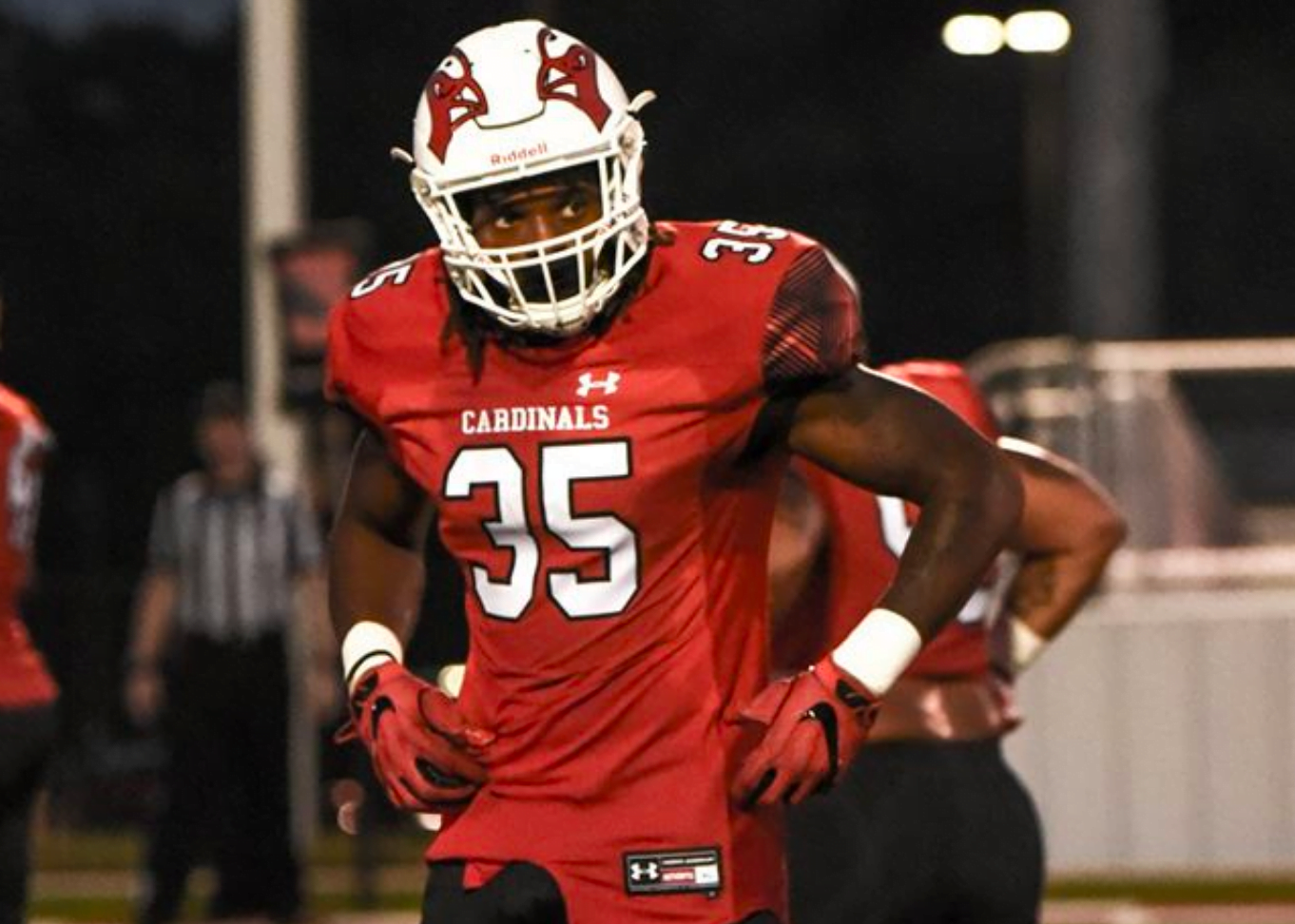 New Oklahoma State defensive end pledge Michael Scott is aware of his name and the dots fans of “The Office” immediately connect upon hearing it. He even embraces it as a fellow fan of the hit television series.

“I’ve seen The Office,” Scott told Pistols Firing. “I actually like The Office, I think it’s a funny show. People bring that up probably about 99.9% of the time. People think I’m a short, white dude. Then they find out I’m 6-foot-5 with dreads. But yeah, it’s actually a good show.”

Scott, a former SMU student-athlete who left the school to take the junior college route with Trinity Valley last year, made his commitment to Oklahoma State on Friday just one day after the Cowboys offered him a scholarship. He said it was a no-brainer decision for him and his family, and the fact that OSU was the only school to take a chance on him helped seal the deal.

“They just offered me yesterday,” Scott said on Friday. “It was my first offer. There were a lot of schools that talked with me, but nobody just jumped on me. Them giving me this opportunity helped me out a lot and showed that they believed in me, and since they believed in me I gave them my God’s honest truth.”

Coming from Trinity Valley, Scott didn’t draw much interest due to a soured relationship with his position coach at SMU that led to him leaving the program. It’s the biggest reason many have shown interest, but none — outside of OSU — ultimately offered. But he says he’s grown up and left that situation — as well as his attitude — in the past. He’s now got more to be concerned about than just himself.

“I got a 3-year-old daughter, got a family to feed,” said Scott. “I’ve learned my lesson, and I’m getting better, becoming a grown man. I’m trying to better myself and not just stay the same, make the same mistakes. I’m just trying to be a better person as I get older and become a better football player.”

Scott was a talented prospect out of high school with a handful of high major offers, even drawing interest from OSU and Kasey Dunn as a receiver (!!). While he ultimately chose to stay closer to home, an assist from a pair of former OSU assistants — SMU defensive coordinator Van Malone and strength coach Trumain Carroll — might’ve been what planted OSU in his head to begin with before he parted ways with the school.

“At SMU, the DC, Van Malone, he and Coach Tru went there,” Scott explained. “They talked about OSU and the type of program it was. Obviously, their program is well-respected, they breed players to go to the next level. And that’s something I’m looking forward to doing — playing at Oklahoma State and building myself to become a league player. I want to get to my degree, too. It’s a good school to get your degree from. It’s the Big 12, a real good conference and a lot of exposure.”

Echoing a similar sentiment to that of No. 13 on OSU’s squad, Scott feels growing up and selecting OSU will be the best choice for his path to the NFL. It’s time to get serious, he says. “It’s time to get that bag, really.”