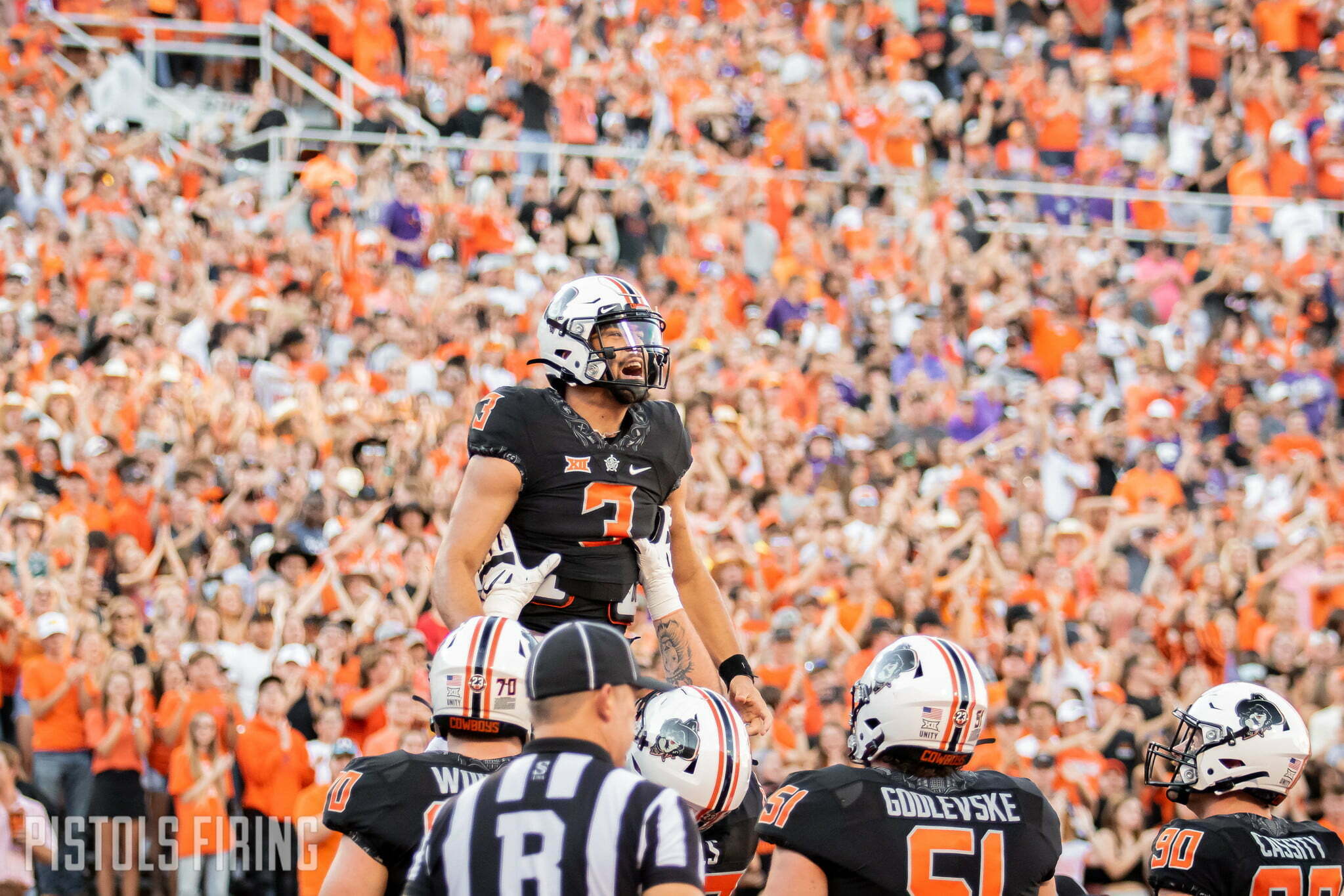 Oklahoma State announced Friday that its season-opening game against Central Michigan in Boone Pickens Stadium has been moved to Thursday, Sept. 1. It was originally scheduled for Saturday, Sept. 3. Kick time and TV information for the contest is still TBD.

Here is an updated look at the Cowboys’ 2022 schedule:

The Cowboys are 11-0 in Thursday games under Mike Gundy, having most recently beaten Missouri State 58-17 in the 2018 season-opener. OSU is 1-1 against Central Michigan all-time, beating the Chippewas in 2015 before the controversial untimed down in 2016.