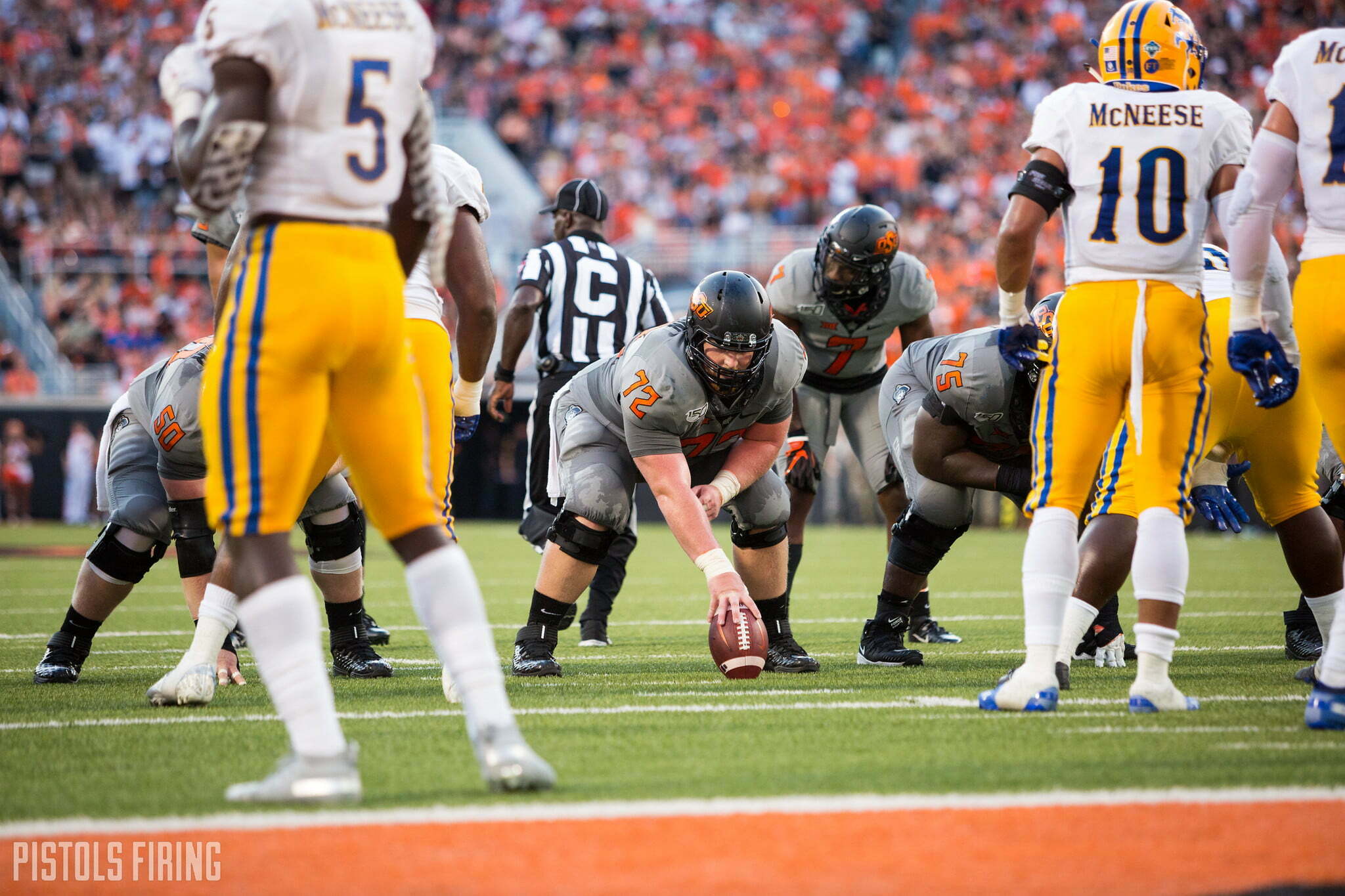 One of the revelations of the first two games of Oklahoma State’s season for me has been its lack of a defined RB2 (or RB3). LD Brown has been fine — I guess? — but OSU has nowhere near the depth it had this time last year when J.D. King (remember him?) was its RB3 (RB3!).

Chuba Hubbard covers a multitude of sins of course, but I thought Mike Gundy’s quote from last Monday on the running backs was a little disconcerting.

“Sean (Gleeson) asked me the same thing on the bus (about whether I’m good with Chuba carrying it 26 times a game),” said Gundy. “I don’t know. It looked pretty good to me.

“That’s a lot of carries. You’re looking at potentially 300 carries on a year like that. I don’t know if that’s real smart, but we have to ride it right now depending on how we flow as an offense. If they’re gonna play over the top of (Wallace), the guy is gonna get a lot of carries. LD (Brown) and Micah (Cooper) need to get in there and get a part of it. … I guess if you’re asking could it happen again? Sure, he could get 25 carries this week.”

A week later Jahmyl Jeter (3.1 YPC) and Deondrick Glass (4.0 YPC) have both seen action, but neither looked like they were ready to assume a bigger role. We still haven’t seen Dez Jackson on account of injury. The Micah Cooper story is a great one, but great stories don’t win Big 12 titles. OSU needs help at RB behind Chuba.

I went back to look at the depth chart and stumbled upon a 2013 and 2015 depth chart that surprised and encouraged me. Both teams played games against OU for the Big 12 title. Both teams were ranked inside the top six nationally at one point. Both teams won 10 games. Here are their respective RB outputs. 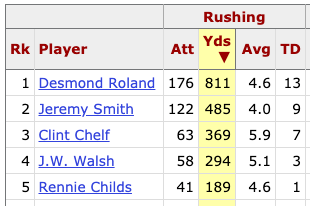 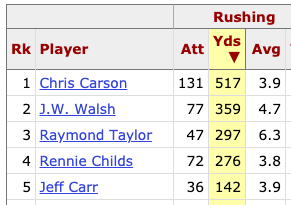 Would you rather have Chuba and anyone on OSU’s current roster or Desmond Roland and Jeremy Smith? What about Chuba and anyone or collegiate Chris Carson and Raymond Taylor? We think of OSU’s RB room as always having been quite deep — and often it is — but these numbers show a bit of a different (and more optimistic!) story, especially when considering 2019.

The other piece of this is that when your QBs run as much as they’re apparently going to run, you lose the need for depth at RB. You don’t have to have a RB3 and your RB2 doesn’t need to be a pro as was the case last season. Depth is a luxury but not a necessity.

So while there remains a bit of consternation on my part regarding the RBs in Stillwater — especially if Chuba, well, you know — I do think OSU can still be an elite offense even without a great RB2 behind him.

Maybe one emerges in the coming weeks — or maybe I’m way off on LD and he turns out to be more than sufficient — but as of now, Chuba and Sanders handling the rock without much safety net — while maybe not advisable — is a high-wire act that can still produce the result we want it to produce.