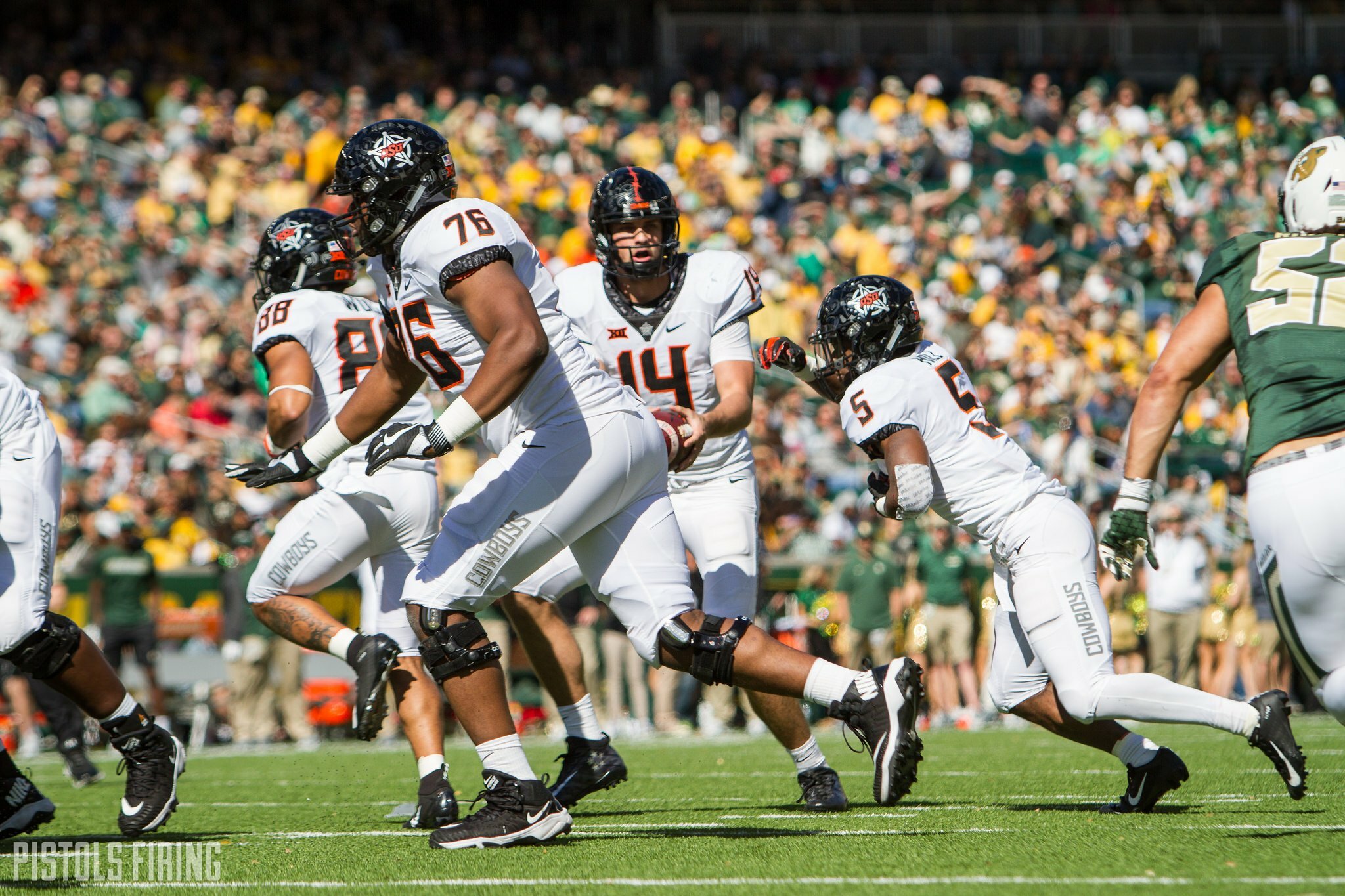 Oklahoma State will be in Memphis, Tennessee for New Year’s Eve as the Pokes accepted an invitation to play in the Liberty Bowl against the Missouri Tigers (8-4) at Liberty Bowl Memorial Stadium on Dec. 31 at 2:45 p.m.

OSU fell to the fifth-best Big 12 bowl after OU went to the College Football Playoff, Texas filled the Big 12 champion’s spot in the Sugar Bowl, Iowa State got the Alamo Bowl, West Virginia got the Camping World … and Baylor (!) was selected for the Texas Bowl.

This is the first time any team from Oklahoma has played in the Liberty Bowl as the Cowboys have now officially extended their bowl streak to a stunning 13 years and will look to match that streak with a win which would move their consecutive years above .500 to 13 as well. Here are the current longest bowl streaks.

Oklahoma State is 8-4 in bowl games under Gundy and has won their last two over Colorado in the 2016 Alamo Bowl and Virginia Tech in the 2017 Camping World Bowl.

Missouri, which hasn’t won a bowl since 2014 and has only played in one since then, had basically the opposite season as Oklahoma State. Three of their four losses were to the four top-15 teams they played, and they took care of business against everybody else.

OSU and Mizzou have a long history that the Tigers lead 29-23. Their last matchup came in the 2014 Cotton Bowl, which Mizzou won 41-31. Gundy is 3-2 against the Tigers since he took over in 2005, with the most important of those three wins obviously coming in 2008 when the Pokes went to Columbia and won 28-23 over the then-No. 3 Tigers.

The game will be televised on ESPN.