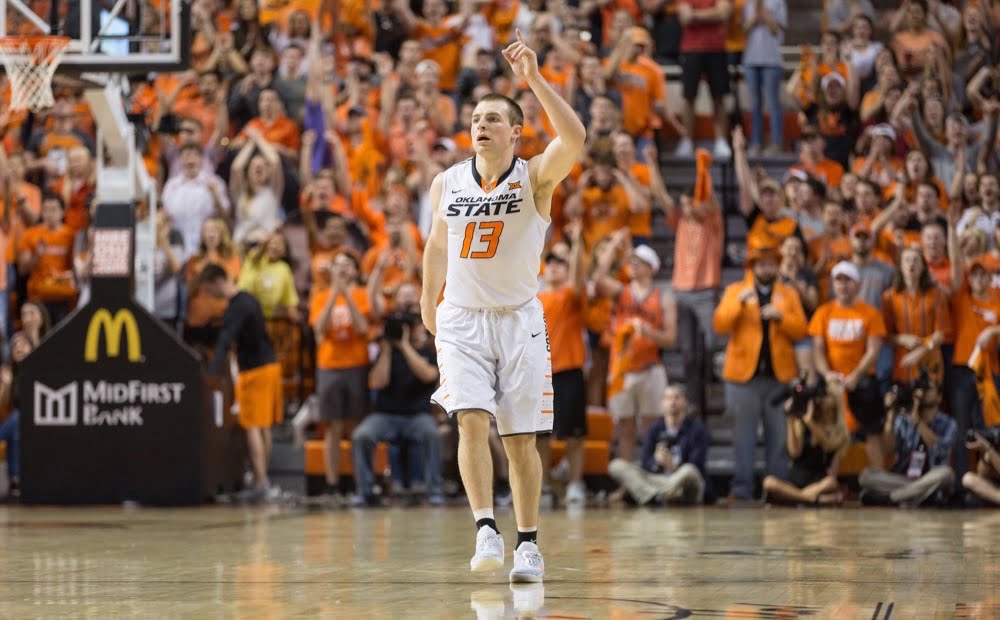 When you combine the two, you get Stillwater, OK — home of arguably the best offenses in college football and college basketball during the 2016-17 school year.

OSU’s combined total of 4.05 points per possession was not the highest, though. Western Kentucky averages a combined 4.57, but Western Kentucky ranks No. 193 in basketball PPP. OU also ranks ahead of OSU in total combined PPP with 4.48, but they are No. 2 in football and No. 254 in hoops.

I thought the fairest way to normalize the fact that you are able to score more points per possession in football is to do it by national rankings. And Oklahoma State is No. 1.

OSU has quite literally has had the most efficient (points per possession) offenses in the country in football and basketball this school year.

I refuse to do the same ranking for defense (because I don’t want to know what I find), but this is a pretty sweet achievement for Underwood, Gundy and their assistants.