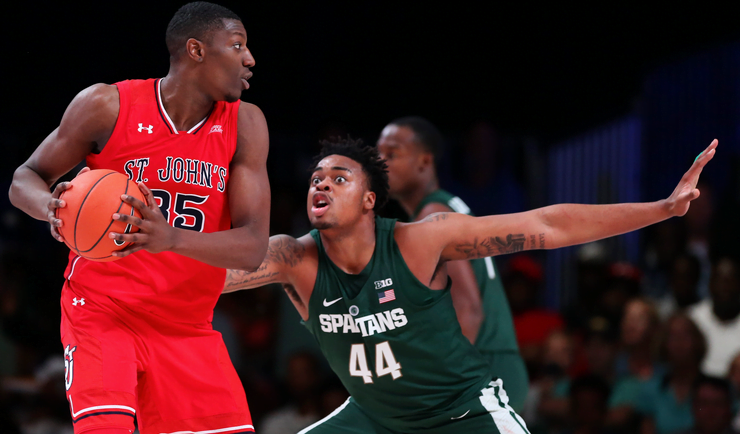 Oklahoma State will host 6-foot-11 center Yankuba Sima, a player from St. John’s who announced he was leaving the program a week ago, according to a report from Jon Rothstein.

Sima is originally from Arlington Country Day in Florida, but excelled for Spain in the 2014 FIBA U18 European championships — earning him an impressive offer sheet from overseas.

The sophomore big man averaged 7.3 points and 2.4 blocks per game as a freshman — marks that were second-best in the Big East Conference. After taking over the starting role at center for St. John’s, he thrived averaging 12.3 points, 9.9 rebounds and 3.9 blocks per 40 minutes.

His decision to transfer came after his role was greatly reduced. After making starts in 8 of the first 10 games, his minutes per game dropped off significantly. And it was evident that the coaching staff was shelving him down the bench.

“I want to thank the coaching staff and the administration for all of their support since I arrived at St. John’s,” Sima said in a statement to announce his transfer. “I enjoyed my experience at St. John’s, but right now I feel it is best for me to explore options that will be a better fit for me as I work towards my goal.”

Because Sima is a mid-year transfer, he could choose a school and be eligible starting in the spring semester of 2018 — just in time for conference play.