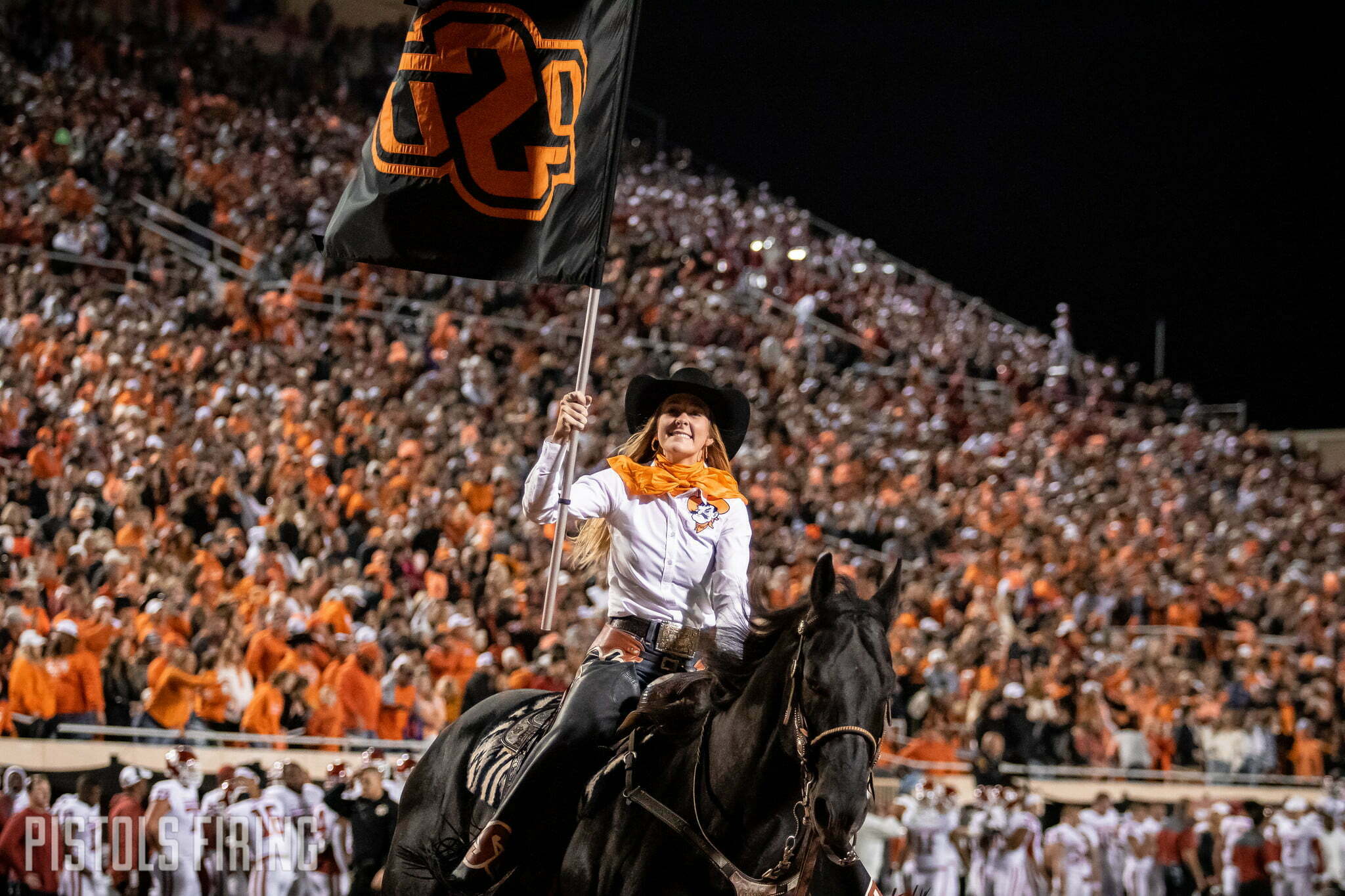 The Cowboys are in on a high-level running back recruit alongside some of college football’s brand-name programs.

Bryan Jackson, a four-star prospect from McKinney, Texas, announced his Top 10 on Thursday evening: Oklahoma State, Alabama, Texas A&M, Oklahoma, Ohio State, Baylor, USC, Wisconsin, Arkansas and Texas. Jackson is the No. 287 player in the 2024 class and also has offers from the likes of Georgia, Florida State, Notre Dame and others that didn’t make the cut.

Listed at 6-foot, 225 pounds (just entering his junior year of high school), Jackson rushed for 973 yards and 13 touchdowns as a sophomore last season. McKinney went just 4-6 in 2021, but Jackson was a Texas 5-6A first-team selection.

Oklahoma State offered Jackson in October, and he was on-hand as the Cowboys bested Oklahoma in a dramatic Bedlam game last season.

It’s still incredibly early in the 2024 cycle. The Cowboys don’t have a commit in the class, but only 31 schools do.