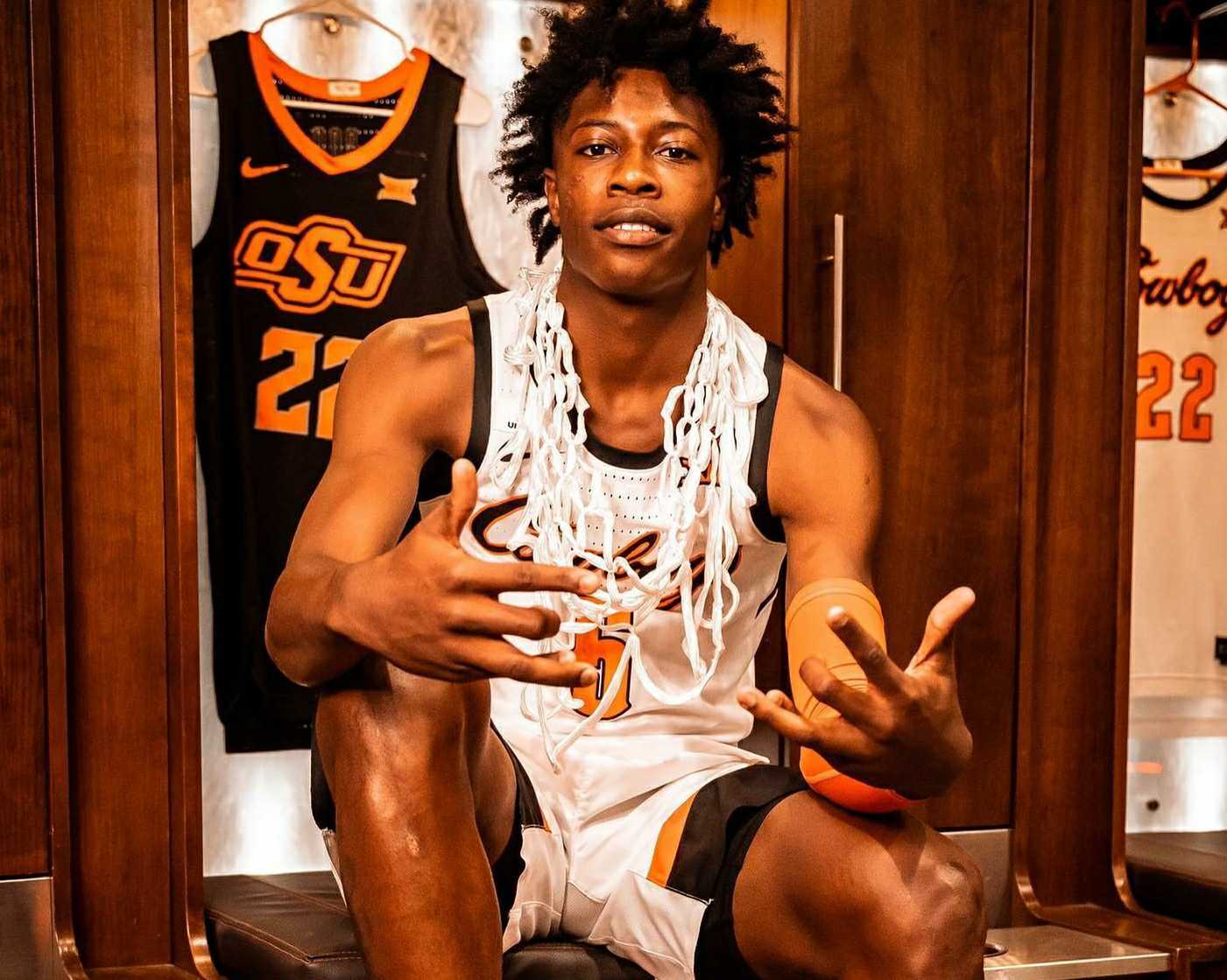 Quion Williams benefitted greatly from college coaches being able to travel again at the start of June, and his top group reflects that.

Mike Boynton offered Williams a scholarship June 26 after seeing him go off at a game at the TABC Showcase. In that game, Williams had 22 points, eight rebounds, five assists and two blocks for Mansfield Legacy (TX). Williams plays AAU ball on Southern Assault alongside five-star guard Keyonte George, who is set to make his college announcement in early August.

Brandon Jenkins, a recruiting analyst for 247Sports, evaluated Williams the same day he got his OSU offer.

“Williams has been of the biggest stock risers in the summer of 2021. Playing as hard as he possibly can each time he laces them up is the standard for him. He simply has one of the highest motors in all of high school basketball. Couple that with his strength, toughness, and elite athleticism and you have a high volume rebounder with a matching activity level. Williams has the physical toughness to be an excellent rebounder and defender at the high major level, however, his overall upside is in his ability to pass, dribble, and shoot. He is capable of doing all but if he will evolve in those areas once he learns how to play at more than one speed and understands pace. The bottom line is Williams’ length, body type, and crazy motor will make him a productive glue guy that complements other great players around him. However, continued attention to detail on his perimeter skillset could change his trajectory as a player and would ultimately pay off in the long run.”

Williams took an unofficial visit to Stillwater in late June.

With Williams blossoming late because of the pandemic, he isn’t incredibly highly rated. He is a three-star recruit ranked 174th in his class, but his offer list (which also included Georgia), proves he will only climb from here.

He fits the mold that Boynton likes to go after: long, athletic guards.

“People who have seen me play, they think I’m a slasher, but really people sleep on my ability, say that I’m a two guard,” Williams told PFB after his offer. “Just because I’m big, 6-4, and I can jump out of the gym, that don’t mean nothing. I am a true point guard. I know how to set my teammates up, pick the right spots, run an offense, bring a teammate in, calm it down, set up plays, all that.”

OSU doesn’t have a 2022 commitment yet, and it’s unknown how many scholarships Mike Boynton and his staff have to work with. Isaac Likekele is the only counting senior on the Cowboys’ 2021-22 squad, but Avery Anderson, Kalib Boone, Bryce Thompson and Moussa Cisse could all be NBA Draft prospects next year.