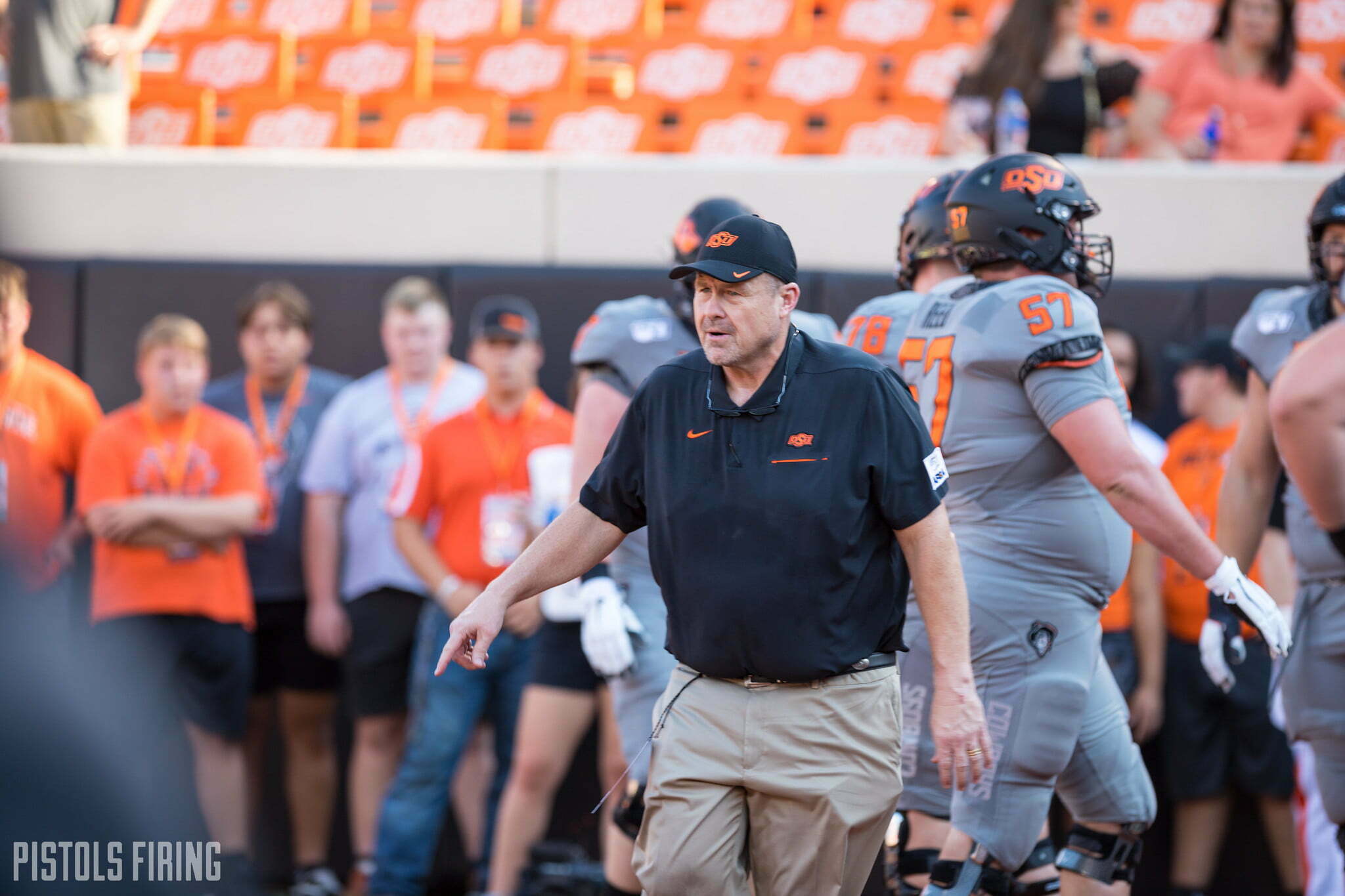 Charlie Dickey has made a string of offers to athletic offensive linemen, and that continued Thursday.

What An Honor! After an amazing phone call with @Coach_Dickey and @CoachLuceFB I am beyond blessed and excited to announce that I have received an offer from Oklahoma State University!!! Thank you @CowboyFB for the opportunity!@CCNextLevelFB @sheridanswag @CWildSports pic.twitter.com/cZMfhpi71T

Listed at 6-foot-6, 255 pounds, Fitzpatrick is an athletic tackle, as he used to play tight end.

He played right tackle for a Cherry Creek team that went a perfect 14-0 and won the Colorado 5A state playoffs in 2019, Fitzpatrick’s sophomore season.

For as young as he is, Fitzparick shows solid strength and leverage. His athletic background also makes him a solid blocker in the screen game. He’ll need to add weight, but again, he is still incredibly young.

Fitzpatrick has put together an impressive list of offers entering his junior year of high school, as he already has multiple offers from three Power Five conference.

He is a three-star prospect as of now, according to 247Sports.

The recruiting service lists him as the No. 49 offensive tackle in the 2022 class and the No. 2 player in Colorado.