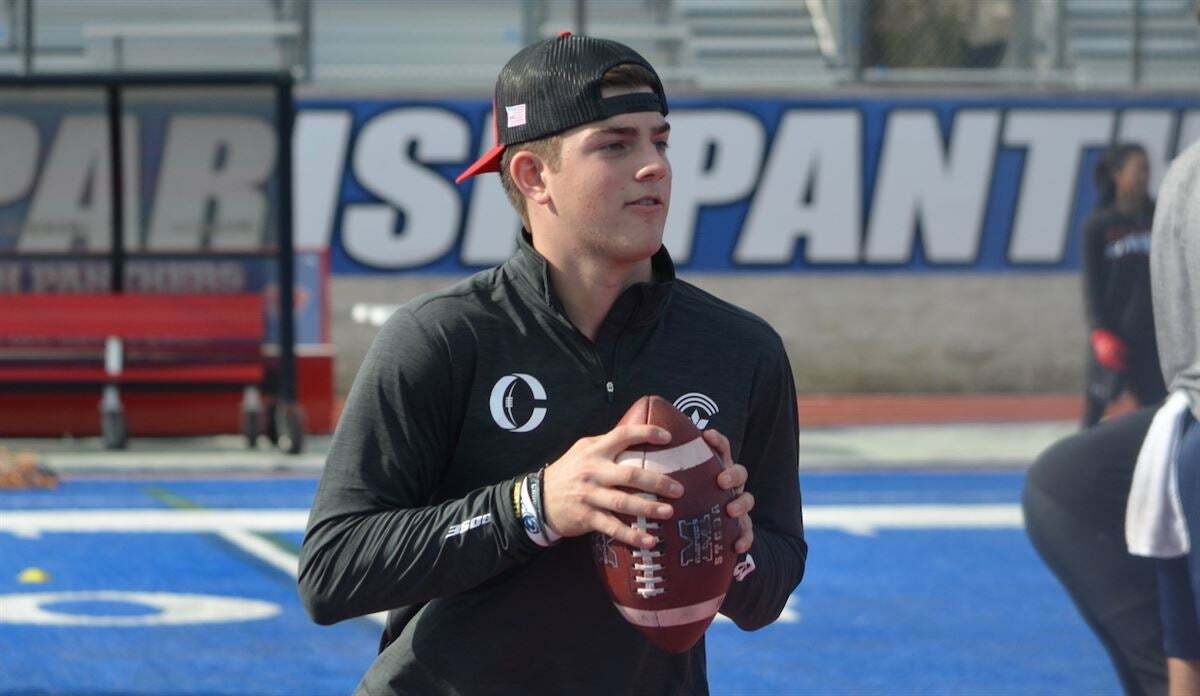 The Oklahoma State basketball program has had success recruiting Flower Mound-Marcus, now Mike Gundy and Co. are taking a swing at it.

The Cowboys are the latest team to offer a scholarship to four-star quarterback Garrett Nussmeier. A 2021 prospect, Nussmeier already has offers from LSU, Georgia, Texas, Penn State, Arkansas, North Carolina and quite a few others.

All Glory to God!! Thankful to have received a offer from Oklahoma State University #gopokes 🤠 🟠⚪️ pic.twitter.com/u7XQYgnLa7

Nussmeier is the No. 11 pro-style QB in his class and No. 171 overall. He threw for 3,788 yards and 38 touchdowns as a junior at Marcus, the same school that produced OSU basketball standouts Marcus Smart and Phil Forte.

At 6-foot-2, 171 pounds, Nussmeier’s measurables might not jump off the page, but he has a cannon attached to the right side of his torso.