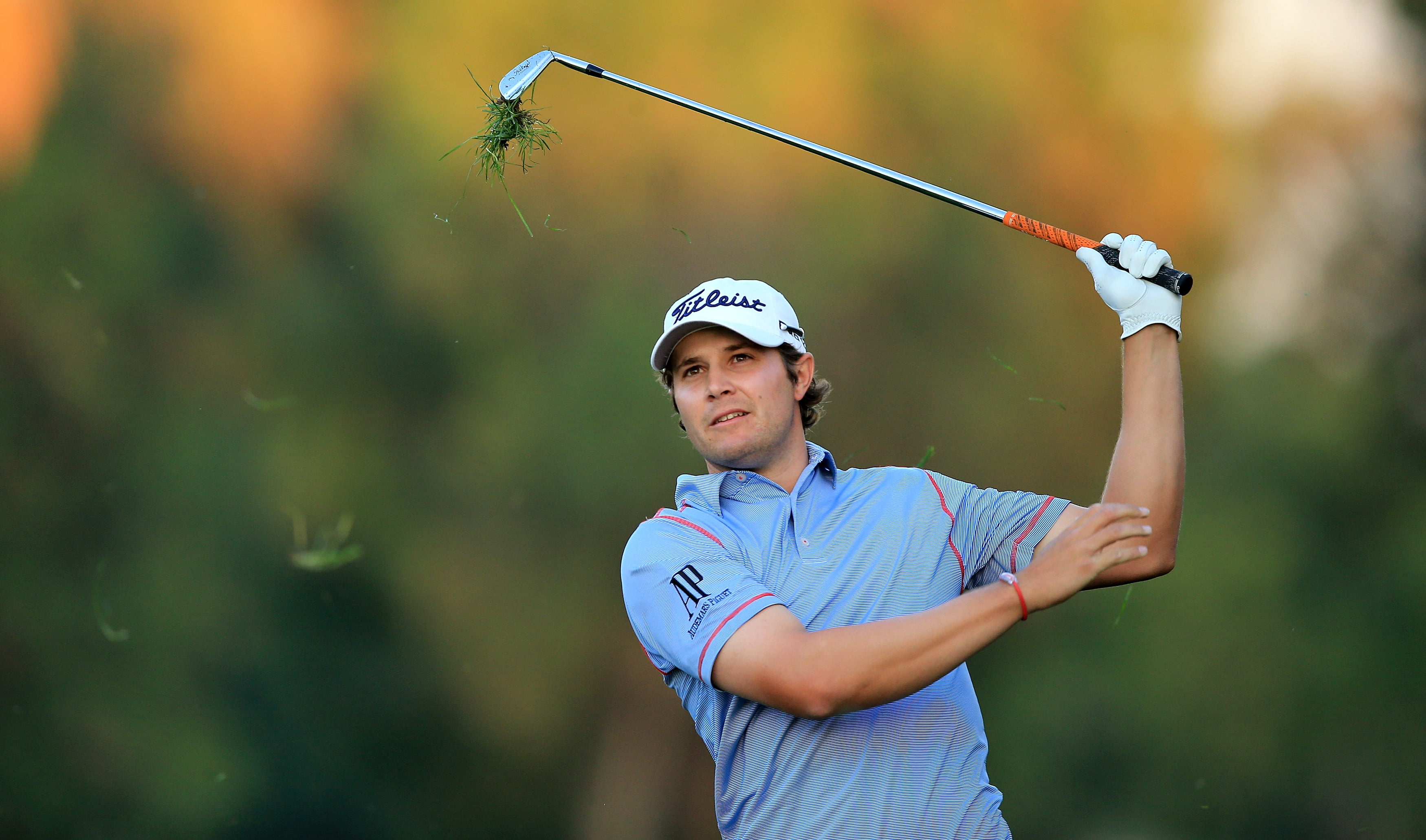 One of my golf-writing friends named Shane Ryan is writing a book about the young guns moving in on Tiger Woods’ territory on the PGA Tour.

The book is coming out in May and will feature Jason Day, Jordan Spieth and Rickie Fowler (among others) but for various reasons Ryan released one of the more explosive parts of it early.

The excerpt is about Patrick Reed and how he was considered a cheater and a thief in college. You guys might remember him as the dude who led Augusta State to back-to-back NCAA titles, the latter of which happened at Karsten Creek.

Here’s Ryan on Reed’s villainy and how he took down Peter Uihlein in the 2010 NCAA Championship:

Uihlein is as close as anyone comes to golf royalty, and Reed, with his combative nature and the giant chip on his shoulder, seemed to take a special pleasure in playing against him.

They were drawn against one another, and after Uihlein took the first hole, Reed won the next three. That led to the seventh hole, where Uihlein conceded a short par putt to Reed, and Reed refused to return the favor when Uihlein’s birdie attempt rolled up next to the hole. Uihlein, annoyed, stood over his putt and missed.

The annoyance turned to rage as he swatted the ball into the nearby water, and Reed, now 4-up, knew he’d won the mental game. He coasted from there, and the match ended 4&2 in Reed’s favor. Henrik Norlander and Mitch Krywulycz came through in their matches, and Augusta State’s motley crew of underdogs had its first national title.

I don’t know Reed personally but he doesn’t seem like a very likable human being. Ryan has more from the following NCAA Tournament held at Karsten Creek.

This was after Uihlein won the U.S. Amateur and played in the Masters.

The 2011 national championship was held in Karsten Creek, Oklahoma State’s home course, and when the hosts won their quarterfinal match and Augusta State—now the 7-seed—topped Georgia Tech for the second straight year, a revenge narrative took shape. The bitter Oklahoma State players had made comments the year before to the effect that the best team had lost, and they were eager for another crack at the upstarts who had left a sour taste in their mouths.

Thousands of Oklahoma State fans lined the course for the semifinal, and the way they’d erupt when one of their players hit an approach to 30 feet, yet stay completely silent if an Augusta State player stuck one inside five feet, reminded Josh Gregory of the Ryder Cup. The coach walked with Henrik Norlander during his match against Kevin Tway, and they were on their way to the 13th tee when he decided to stir the pot.

“Shut up, asshole,” came the response from a voice in the crowd.

Reed birdied six of the first 11 holes, and as he walked up the 10th, Uihlein looked at him something like disbelief. “Every time I play you, it’s like I run into a buzzsaw,” he said. “You just cut me down.”

So that sucked even more. Reed is a killer and Uihlein was clearly his favorite prey in college. Both have gone on to successful careers as professionals (Reed in the U.S. and Uihlein in Europe) but those two NCAA Championships still linger.

The entire post is a tremendous read and one I encourage you to peruse but those are the best parts from an Oklahoma State perspective.