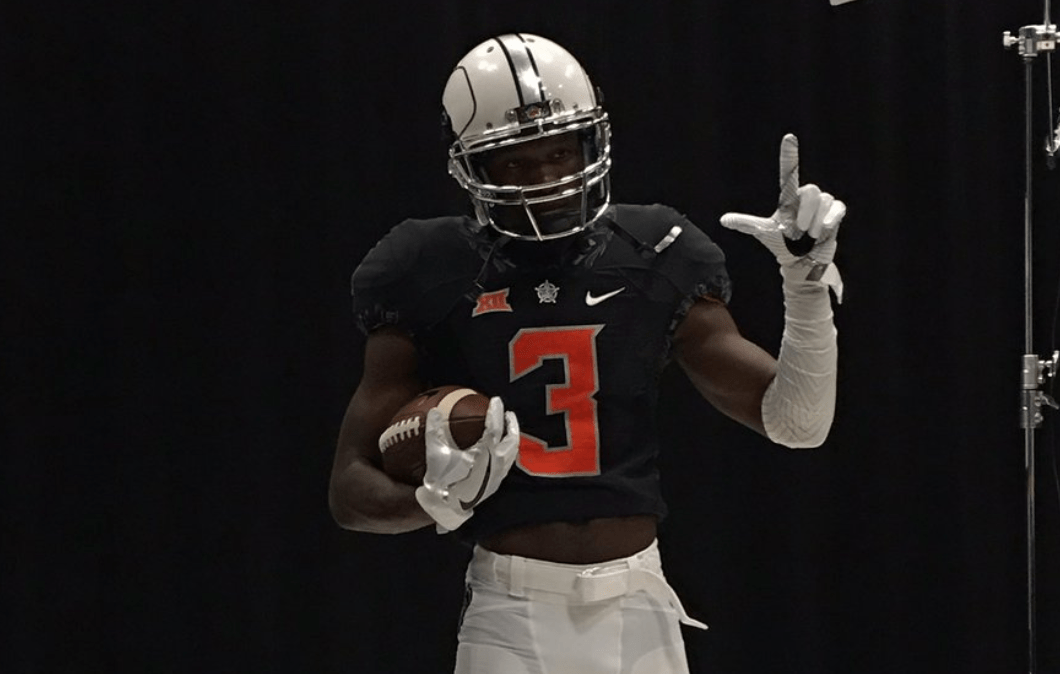 National Signing Day is tomorrow. Sort of. The new December 20-22 signing period feels awkward and early (because it is) and has put a strain on coaches and teams preparing for mid-to-late December bowl games.

“I think it’s good. I originally wanted a July 1 signing day, as well as the December 20,” said Gundy recently. “This one will allow somewhat more of a level playing ground in recruiting, so I think it’s a good move. It just puts a lot of stress on us during the month of December.

“The amount of time you can spend with a young man while recruiting, while also game-planning and spending time with our own players, it’s just tough to be in all of those areas. You find a way to do it. Once you get through yesterday, it makes it a lot smoother because we’re into a quiet, indoor, dead period at that time.”

I figured the early signing day would benefit places like Oklahoma State that have to rely on early scouting and relationship-building more than brand awareness. And to this point, it seems like it has.

We’ll have to wait until early February to see this fully take shape, but it looks as if OSU is primed for one of its best classes of the Gundy era. Here is a snapshot of the current recruiting rankings. 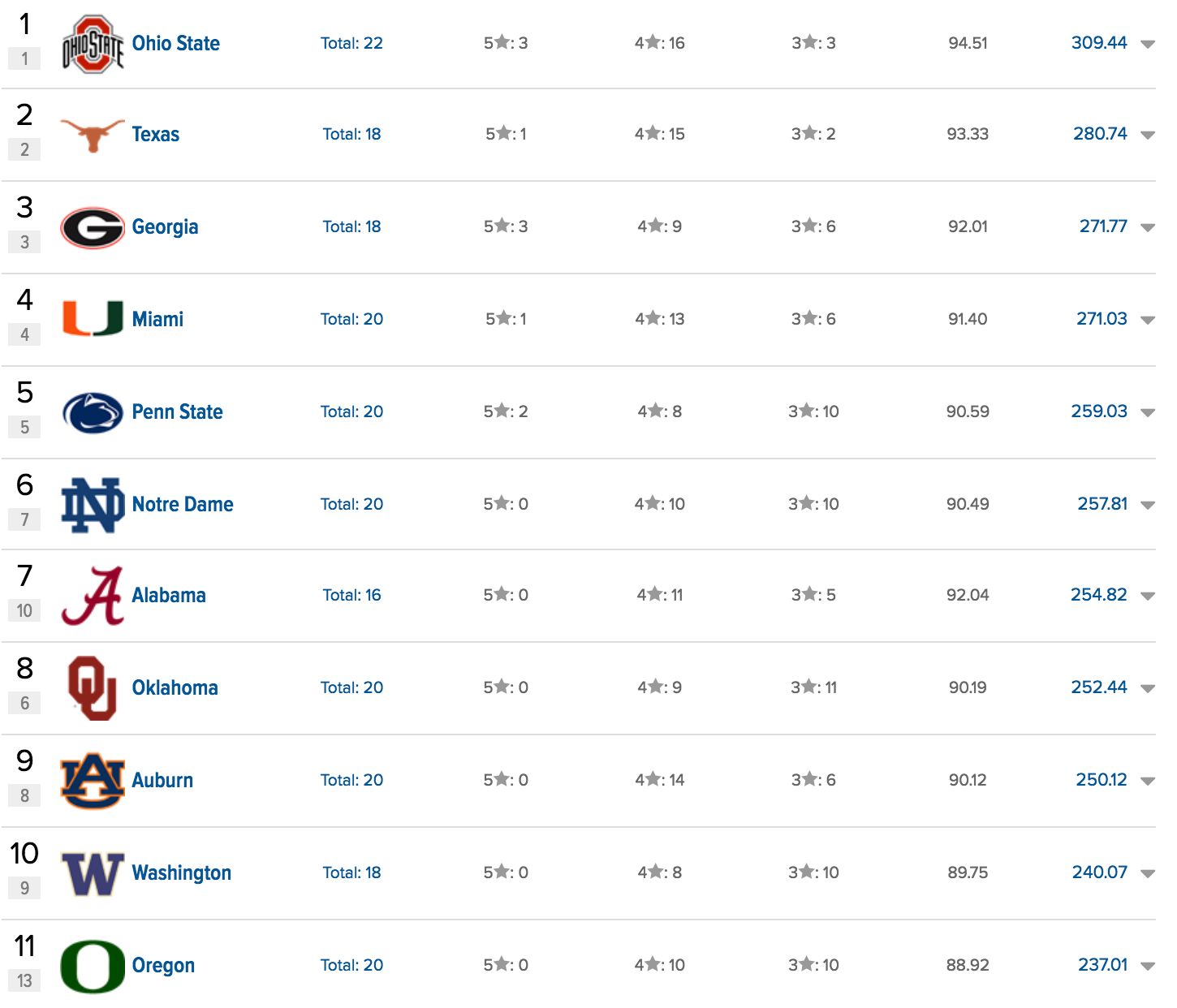 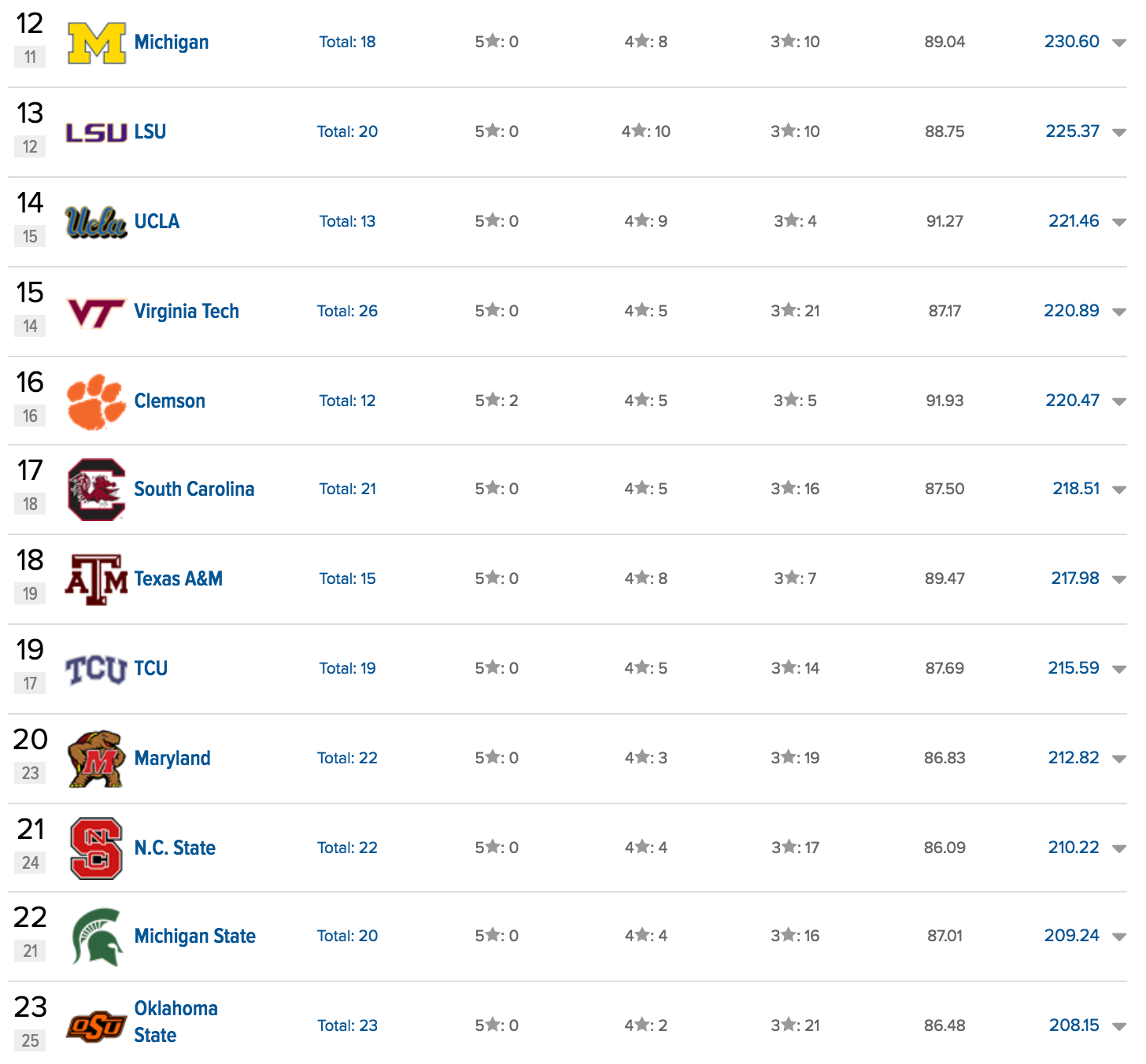 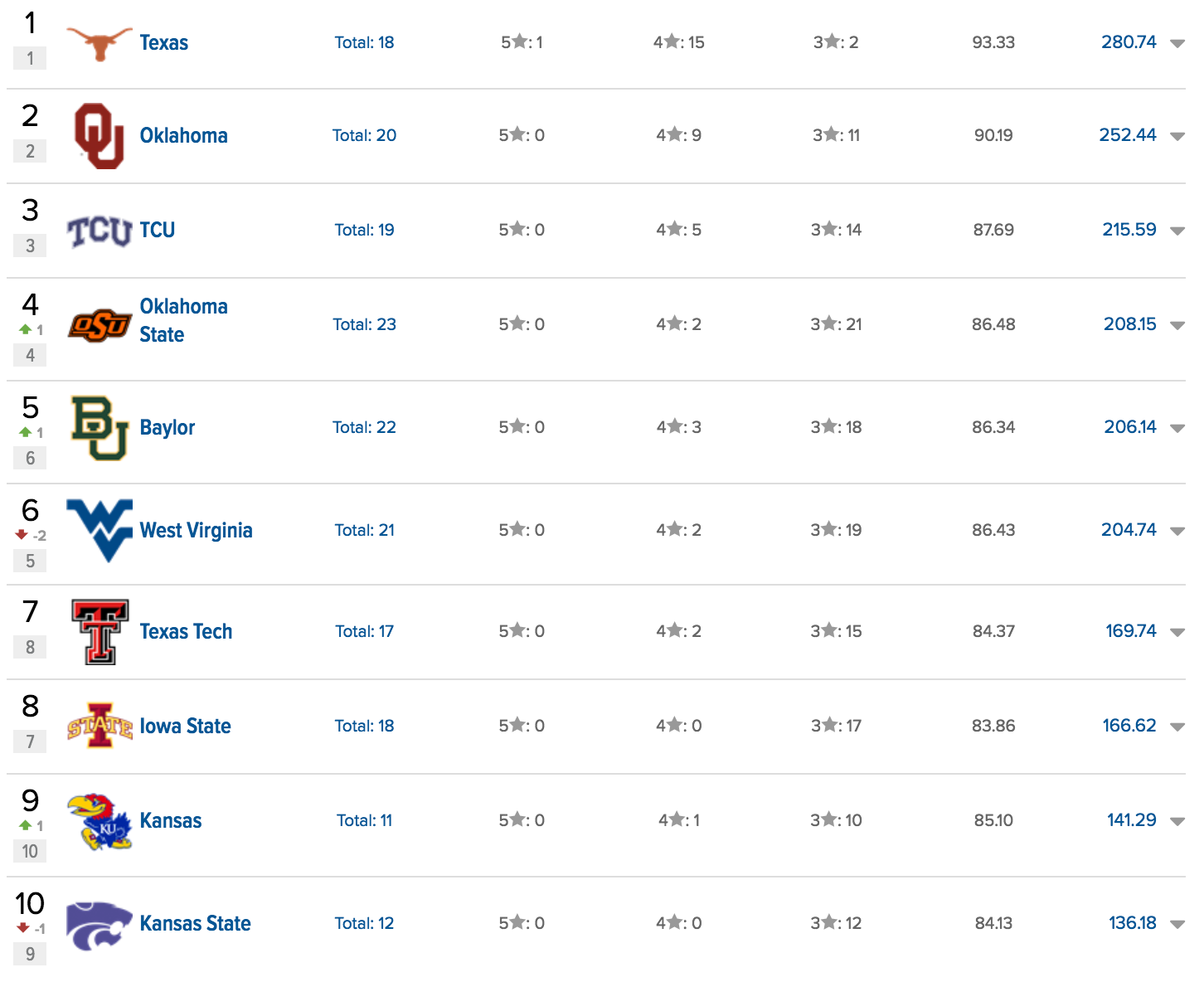 The only disconcerting thing about this is that, among schools in the top 25 nationally right now, only Virginia Tech has more players committed, and only Baylor has more in the Big 12. What that means is that schools like Mississippi State, Florida, West Virginia and Louisville — all of which have a higher average player ranking than OSU’s 86.48 — could leapfrog the Pokes down the stretch.

Now if OSU does in fact score Lyn-J Dixon, this is a completely different story obviously. And regardless, this seems like it’s going to be one of the highest-ranked classes in Gundy’s history, if not the highest.

From a national rankings standpoint, 2006 (!) was higher and 2007 was as well, but a lot of that was due to the fact that you could sign more than 25 players (OSU signed 27 in 2006!) and national calculations were and still are made on total ranking points rather than average (for reasons unknown to me).

From an average ranking position, this 2018 class is slightly above the 2010 class that included Shaun Lewis, Justin Gilbert and Joe Randle. Heady stuff.

The 247Sports Composite Rating is a proprietary algorithm that compiles prospect “rankings” and “ratings” listed in the public domain by the major media recruiting services. It converts average industry ranks and ratings into a linear composite index capping at 100.00, which indicates a consensus No. 1 prospect across all services. [247]

Gundy said OSU will likely sign 23 or 24 and have one spot left to fill before February. That means OSU’s average likely won’t change much, even though they will probably eventually settle around No. 26 or 27 in the national rankings.

Regardless, they are almost guaranteed to have one of the two best classes in Gundy’s history if you go off of average ranking per player. With only two 4-stars (Moore and Sanders), that means this group is probably the deepest OSU has ever signed. Its “worst” player by ranking is Gabe Lemons who was given an 82.4 grade and is a 3-star athlete from Coppell, Texas. Compare that to last year when OSU had five players below that 82.4 number including Malcolm Rodriguez and Sione Finefeuiaki.