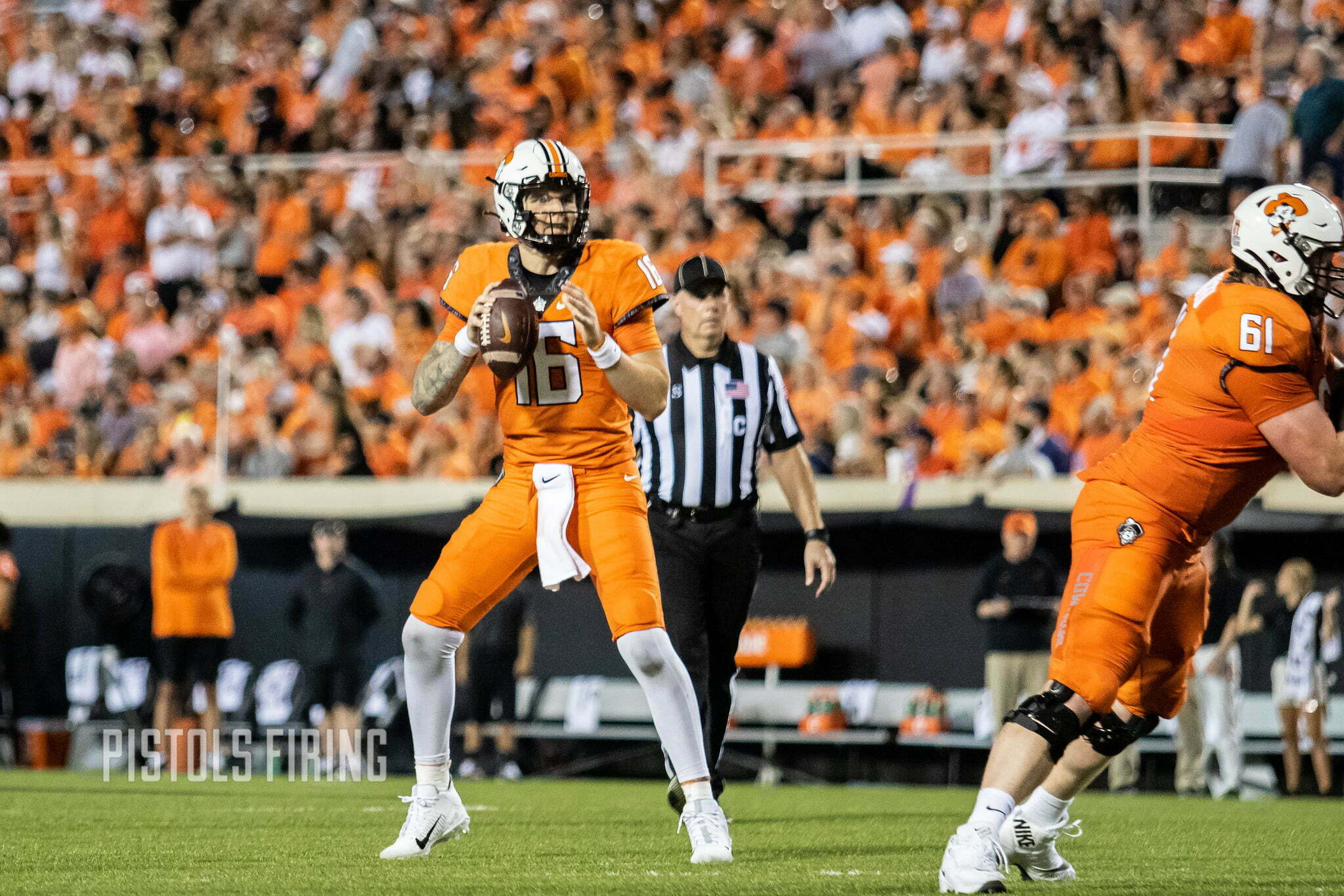 Oklahoma State could need a new backup quarterback this fall.

A traditional pocket passer, Illingworth was a four-star recruit in Oklahoma State’s 2020 recruiting class out of Norco, California. He was the No. 164 player in the class and picked OSU over offers from Arkansas, Arizona, Arizona State, Boston College, Oregon State, Washington State, Colorado, Louisville and others.

Illingworth got thrown into the action early in his college career. Sanders got injured in the first game of OSU’s 2020 season against Tulsa. After initially using Ethan Bullock, Illingworth was tasked with saving the Cowboys from embarrassment against the Golden Hurricane, which he did, completing four of his five passes for 79 yards in an OSU victory. He finished his true freshman season going 41-for-70 with 554 yards and four touchdowns.

Illingworth started the Cowboys’ season-opener in 2021 with Sanders out because of COVID protocols. Against Missouri State, Illingworth went 22-for-30 for 315 yards, a touchdown and an interception. He also appeared in OSU’s blowout win against Kansas this past season, going 6-for-10 for 70 yards and two scores.

OSU would be thin at quarterback behind Sanders should Illingworth choose to leave. Other quarterbacks on OSU’s 2022 roster would be Gunnar Gundy, Peyton Thompson and incoming freshman Garret Rangel.

Because of COVID, Sanders still has two seasons of eligibility remaining.