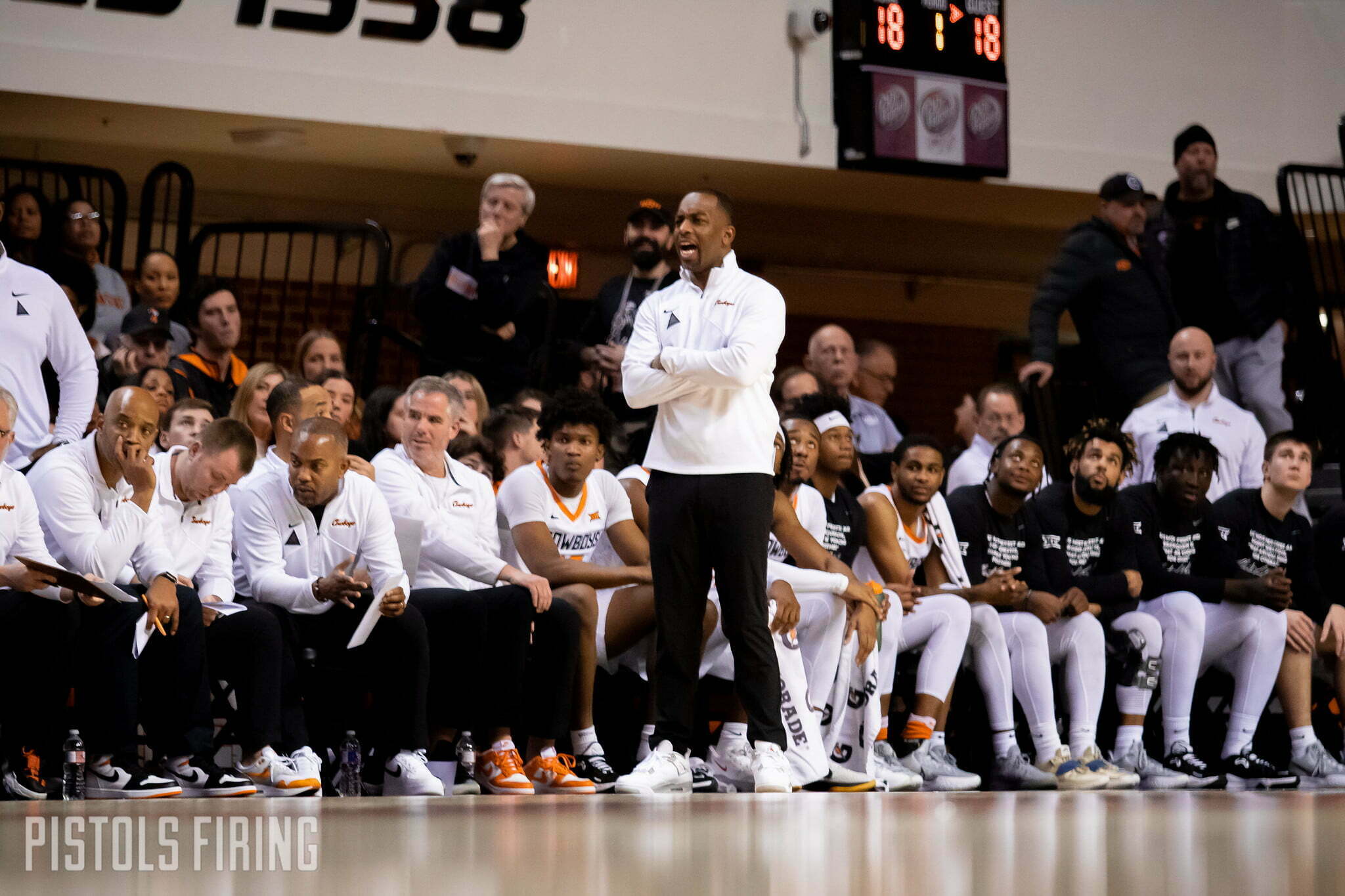 The leader of the Big South’s best offense has apparently caught the eye of Mike Boynton.

Oklahoma State is among the schools that have shown interest in Longwood’s Justin Hill, according to Stockriser’s Jake Weingarten. Arkansas, Oklahoma, West Virginia, NC State and Pitt are some of the others schools that have reached out to this point.

Hill, who entered the transfer portal Tuesday, led the Lancers in scoring and assists this past season. A 6-foot point guard, he averaged 14.2 points and 4.1 assists a game while shooting 34% from 3-point range. Facilitating and 3-point shooting were important sticking points for Boynton this offseason. He could find both of those traits in Hill.

Hill scored in the 20s on six occasions this season, including putting up a career-high 29 against Winthrop. He reached double-figures in scoring on 22 occasions while leading the Lancers to a 26-7 record and an appearance in the NCAA Tournament. Longwood won the Big South tournament to get a 14 seed in the Big Dance before falling to Tennessee in the first round. Hill had 13 points and four steals while going 3-for-6 from 3-point range against the Volunteers.

Longwood is in Virginia, but Hill is originally from Houston, Texas. He played his preps ball at Fort Bend Travis in Richmond, Texas, which is southwest of Houston. He comes from a strong basketball pedigree, as well. His mother, Donna, was an All-American at Virginia. His father, Keith, was an All-Big West selection for New Mexico State.

Hill is one of a handful of players OSU has reportedly reached out to in the portal thus far, with the others being Princeton’s Jaelin Llewellyn and West Virginia’s Jalen Bridges.

It’s unsure how many scholarships OSU will use this offseason with NCAA sanctions forcing OSU to drop three scholarships over the next three seasons. Normally, Division-I programs can have up to 13 players on scholarship. OSU has a pair of players in the portal in Donovan Williams and Keylan Boone. Should Isaac Likekele choose to not come back for an extra season because of COVID, OSU would be at 11 scholarships filled with the addition of four-star guard Quion Williams.