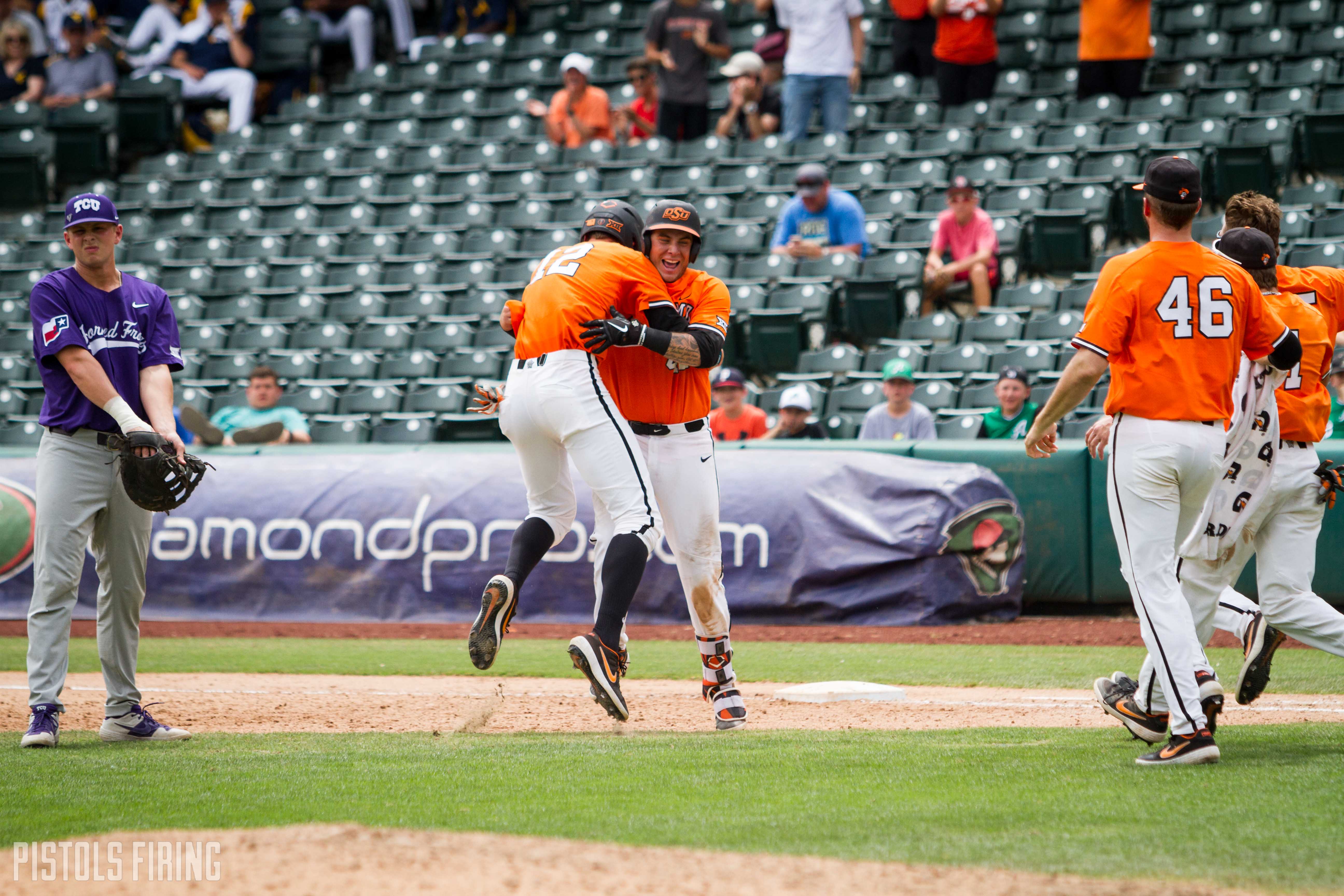 It was a long week for the Oklahoma State baseball team in Oklahoma City as rain pushed games into the wee hours of every morning. Their game late on Saturday evening (which would have started close to midnight) was bumped to Sunday morning at 9 a.m., and OSU had to beat TCU in that one (on a walkoff!) to advance to the championship against West Virginia.

Ended it in style! Take this one in, Cowboy fans! #okstate #GoPokes pic.twitter.com/B1nPxmP1NL

They took that one as well — 5-2 over the Mountaineers — for their third Big 12 Tournament title and second in the last three years.

And with that, a marathon of a week came to a perfect conclusion for an OSU team that finished third in the regular season and could now host a regional next week at Allie P. Here’s a look at how the tournament played out. 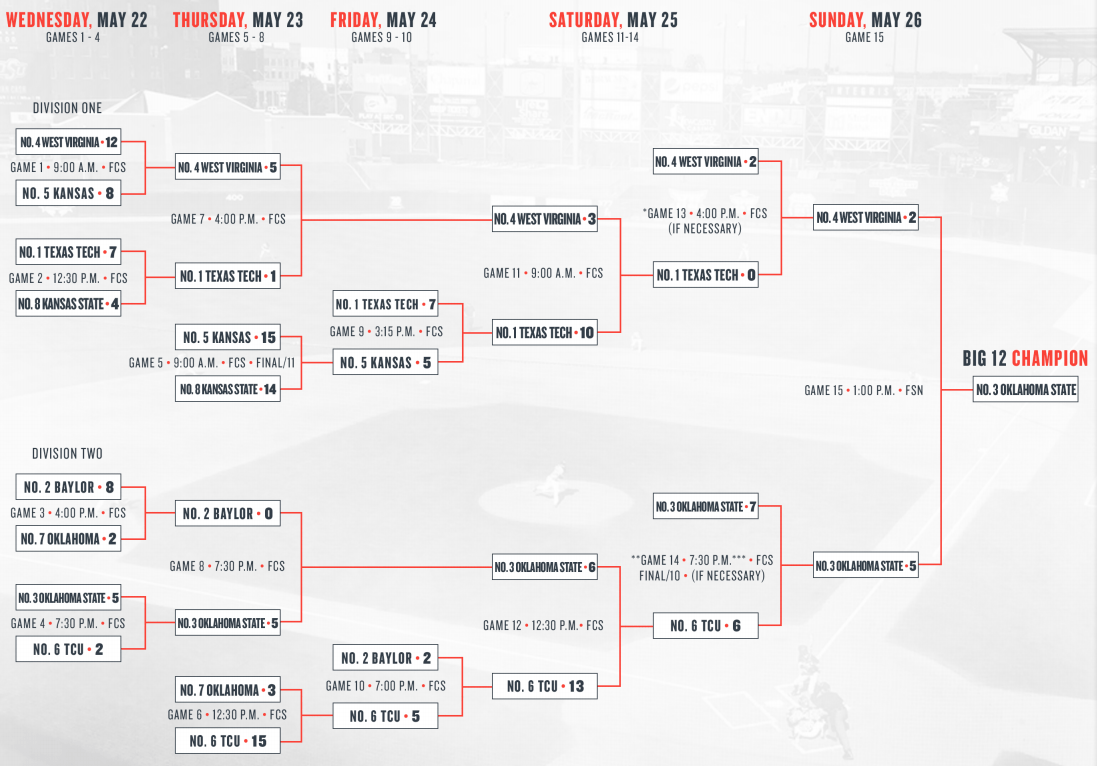 As for that finale against West Virginia, the Mountaineers struck first with a run in the third. But the Cowboys fired back with three of their own in the bottom of the fifth on a bases loaded walk and two-run double from the bat of Andrew Navigato.

TIED NO MORE! Andrew Navigato delivers a clutch two-out, bases-loaded 2-RBI double to give #okstate its first lead of the game in B5! #GoPokes pic.twitter.com/y34PJuDtDq

That would be all the support they would need as Brett Standlee went seven innings and only gave up a single run while Brady Basso and Peyton Battenfield closed it out over the final two, surrendering a meaningless run in the top of the ninth.

OSU has now won Big 12 Tournament titles in 2004, 2017 and 2019 with the latter two obviously coming under the direction of Josh Holliday. They’ll take a 36-18 record into the postseason where they’ll likely be a top-16 seed and host a regional. That would be a (hopefully) fitting sendoff for Allie P. in its swan song after the final regular season game against Baylor got rained out.