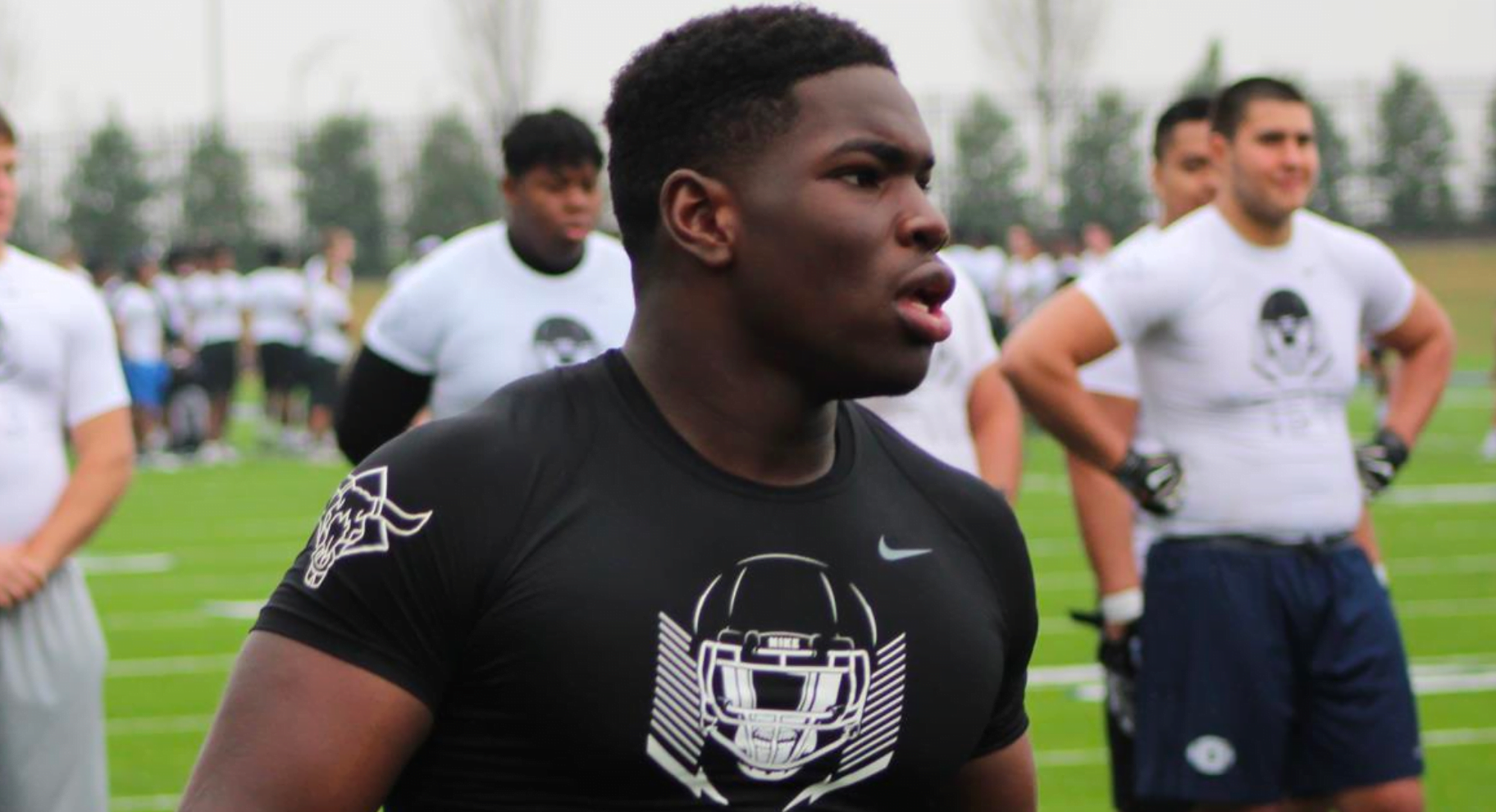 As a recap, OSU still has a maximum of seven scholarships remaining for the 2018 class, but I think they’ll only use four or five. Here are the positions I believe they need to fill:

We are going to skip the linebacker position, because Kyle Boone already did a great job looking at which recruits Coach Gundy and Co. might focus their efforts on. So first up: the defensive tackle position.

OSU’s primary focus should remain on landing junior college standout Tayland Humphrey. We’ve talked about Humphrey, a four-star prospect from Hutchinson Community College, a lot. Earlier this year, Tayland’s brother, John Bolding II, said that he and his younger brother would play at the same school. However, Bolding announced his commitment to FIU back in July. If Humphrey was going to stick to the plan of sticking with his brother, you’d think he would have announced his decision as well.

Since it looks like the plan to play together isn’t working out (unless a bonafide blue-chip recruit like Humphrey decides to commit to FIU), where Humphrey ends up is a bit of a crap shoot. However, I do believe OSU is putting a lot of effort into bringing the stud DT to Stillwater.

The other name we’ve talked about a lot is three-star local talent Israel Antwine. The former Ole Miss commit has been quiet about his recruitment since decommiting from the Rebels.

He currently has offers from more than a dozen teams including OSU, Arkansas, Missouri, TCU, Kansas, and Tulsa. As of now, 247Sports is overwhelmingly predicting Antwine to commit to Texas. The Longhorns made an offer to Antwine when things started looking dicey in Oxford and right before he decommited.

Texas may be the “favorites”, but Oklahoma State is likely still in the running. The Cowboys seemed like one of the favorites before he picked Ole Miss, and should still be a team to watch now that he has reopened his recruitment.

Oklahoma State is also strongly in the running for three-star DT Moro Ojomo who would immediately win the “best name award” for the 2018 class. Ojomo is 6-foot-2, 267-pound DT from Katy, Texas.

There is a lot of talk that Ojomo could pick up an offer from Texas if they don’t land another guy or two they’re targeting. If that happens, there would likely be mutual interest. Mojomo doesn’t feel like one that’s going to make his decision soon, so if OSU wants to land him, they’re going to have to keep his attention on Stillwater and away from Austin.

Even if OSU lands Humphrey, they would benefit from also adding a four year player at defensive tackle. After watching his highlight reel, I think you’ll agree he would be a welcome addition to the class.

Another player of interest for OSU is Sione Vea Kava, an unranked DT at East Los Angeles College. As a freshman last season for the Huskies, Vea Kava totaled 22 tackles, five tackles for a loss, two sacks, and had five blocked kicks, on a team that went 9-2. He also played as both a 3-4 defensive end and a 4-3 pass-rushing defensive tackle.

The 6-foot-6, 260-pound Hawaiian native currently has offers from at least nine teams, including OSU, OU, Oregon, Oregon State, Ole Miss, Arizona State, Georgia Southern, Hawaii, and Nevada. I have a feeling, as good as he was his first year, Vea Kava is going to continue to get offers. Getting on Vea Kava and becoming a favorite early, would be a smart move for Coach Gundy and Co.

Another solid option at the position is an under-the-radar player in two-star DT Devin Winters.

Winters doesn’t currently have an offer from Oklahoma State, but there is interest. He does have offers from 12 teams including Ole Miss, Oregon State, Kansas, Cincinnati, Houston, Tulsa, SMU, UTSA, Louisiana-Lafayette, Kent State, Tulane, and UAB.

The 6-foot-4, 245-pound prospect is one on the rise, and likely a priority for Ole Miss. The Rebels offered Winters just a few days before Antwine decommited. With Antwine out, I expect Ole Miss to look to Winters as a replacement for him.

While OSU hasn’t looked his way in awhile, Winters feels like a recruit itching to play for a power-5 program over a group-of-5. If OSU were to make an offer and use their Louisiana pipeline to woo Winters, there’s a good chance they could pick up his commitment. Keep an eye on Winters if OSU misses out on multiple other prospects they’re after.