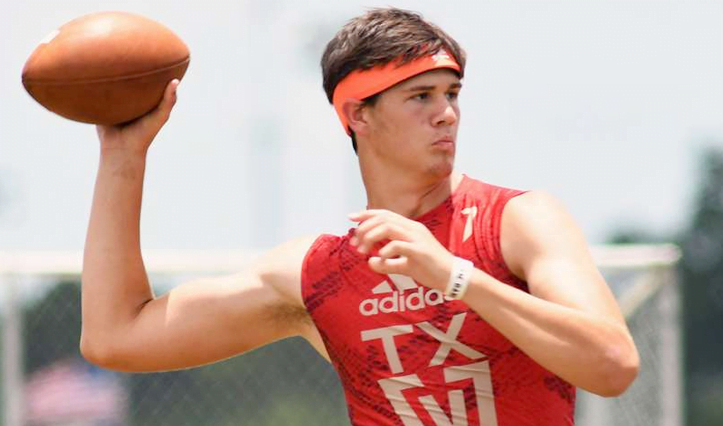 Following four-star QB Grant Gunnell’s recent decision to back away from his commitment to the Aggies of Texas A&M, Oklahoma State’s momentum with the Houston native has surged from darkhorse to frontrunner status.

What’s more surprising is the sudden surge of momentum. Typically when a player decommits, there’s not a clear-cut favorite unless they straight up flip commitments to different schools. But over the last nine days, analysts have been all over OSU as the likely landing spot for Gunnell, with seven experts casting their vote in the colors of orange and black. 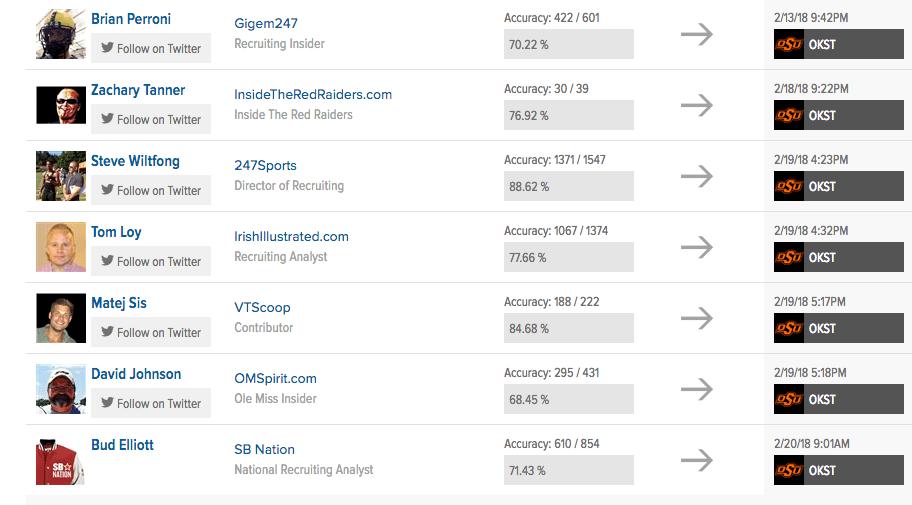 Gunnell is as blue-chip as QB recruits come. With 39 scholarship offers ranging from Florida State to Alabama to Ohio State and more, he could virtually pick his landing spot. But for whatever reason, new Aggies coach Jimbo Fisher is looking a different direction to score his franchise QB for 2019, likely opting to find a more mobile prospect.

Which, of course, is silly. Because Gunnell’s plenty mobile when necessary. Here’s what Eleven Warriors had to say about Gunnell recently.

No need to freak out about the whole “pro-style” thing. Gunnell is a quarterback who can absolutely move around with the football in his hands. That much is apparent after watching the above highlights (even just the first play).

Even with the recent signature of highly-touted 2018 signee Spencer Sanders, a commitment from Gunnell would give the Pokes their fifth-highest rated pledge in program history, ahead of Herschel Sims and just behind Dez Bryant.