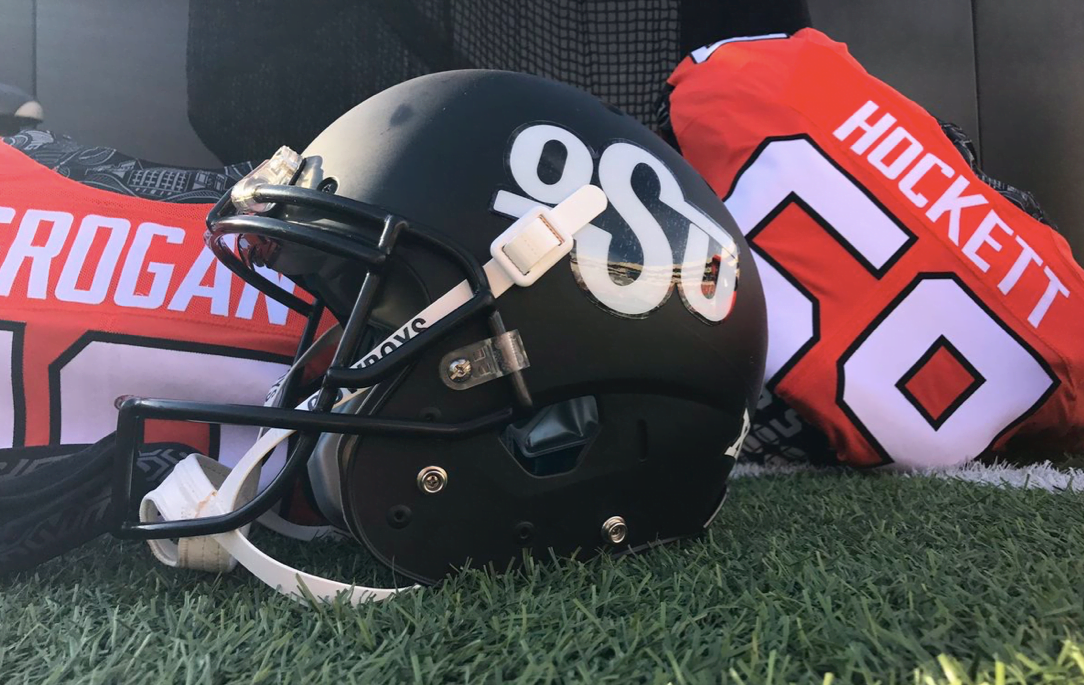 I’m weak. OSU did it. They brought back the old brand for Homecoming. It’s not the full 1988 throwback uni like Carson thought we might get, but it’s still spectacular. Meeting the past with the future in one elite uniform.

There are 18 football stickers on the back (more on that below) and a sweet “OKLA STATE” on the underside of the helmet. I had this helmet No. 9 on my all-time helmets list back before OSU revealed a new lid before every game.

Per Robert Allen, there are 18 football stickers on every helmet. They were used for player merits under Johnson.https://t.co/800BqLottd

Even the socks are incredible.