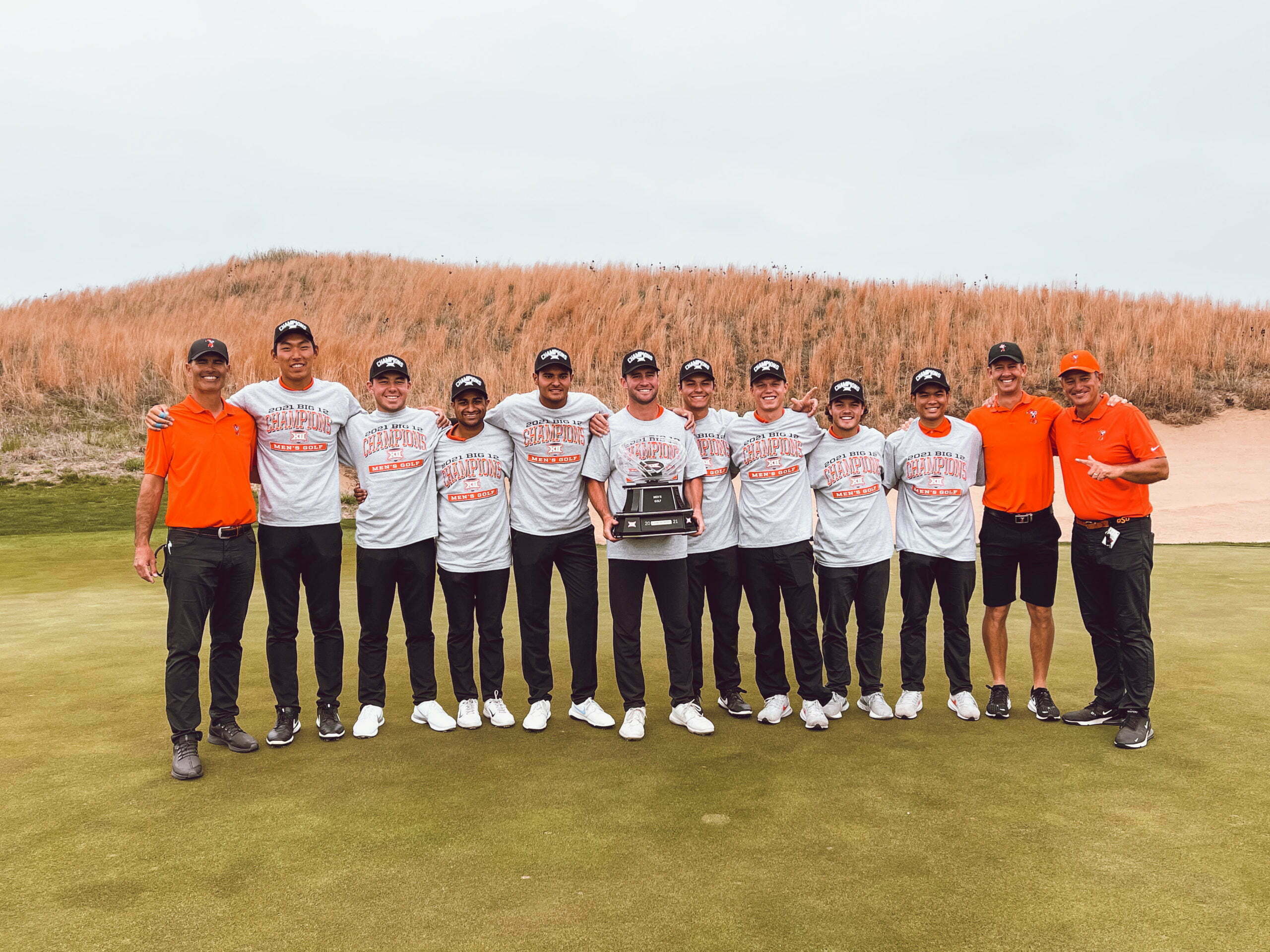 After entering the final round tied atop the team leaderboard, Oklahoma State, Oklahoma and Texas didn’t disappoint Wednesday.

No. 3 Oklahoma State took home the Big 12 team championship at Prairie Dunes Country Club in Hutchinson, Kansas. The Cowboys beat No. 1 OU by a stroke and No. 5 Texas by two strokes after a dramatic final few holes.

The Sooners were the first of the contending teams in the clubhouse at 10-over.

Things looked doomed for OSU on the 17th hole when Eugenio Lopez-Chacarra hit a triple-bogey. He had done well up until that point, as he was 4-under before that. But Bo Jin, Austin Eckroat and Aman Gupta went a combined 3-under on the final three holes. Meanwhile, Texas fumbled the 18th, when Pierceson Coody hit a triple.

Jin, a freshman from Beijing, China, finished tied for second on the individual leaderboard and won the team title with a par putt on 18. He finished the event with a 3-under 277.

Texas’ Cole Hammer won the individual title a stroke ahead of Jin.

Eckroat was the star of the final round. He finished Round 4 with a 5-under 65, the low round of the day. He was 4-under at the turn, and in his final five holes of the day, he went birdie, par, birdie, birdie, bogey.

Here is how the rest of the Cowboys finished:

The win also makes the Pokes back-to-back conference champs after they won in 2019 and the event didn’t happen in 2020 because of the pandemic.

The Cowboys will next be in action May 17-19 in Stillwater at the NCAA Regional at Karsten Creek.