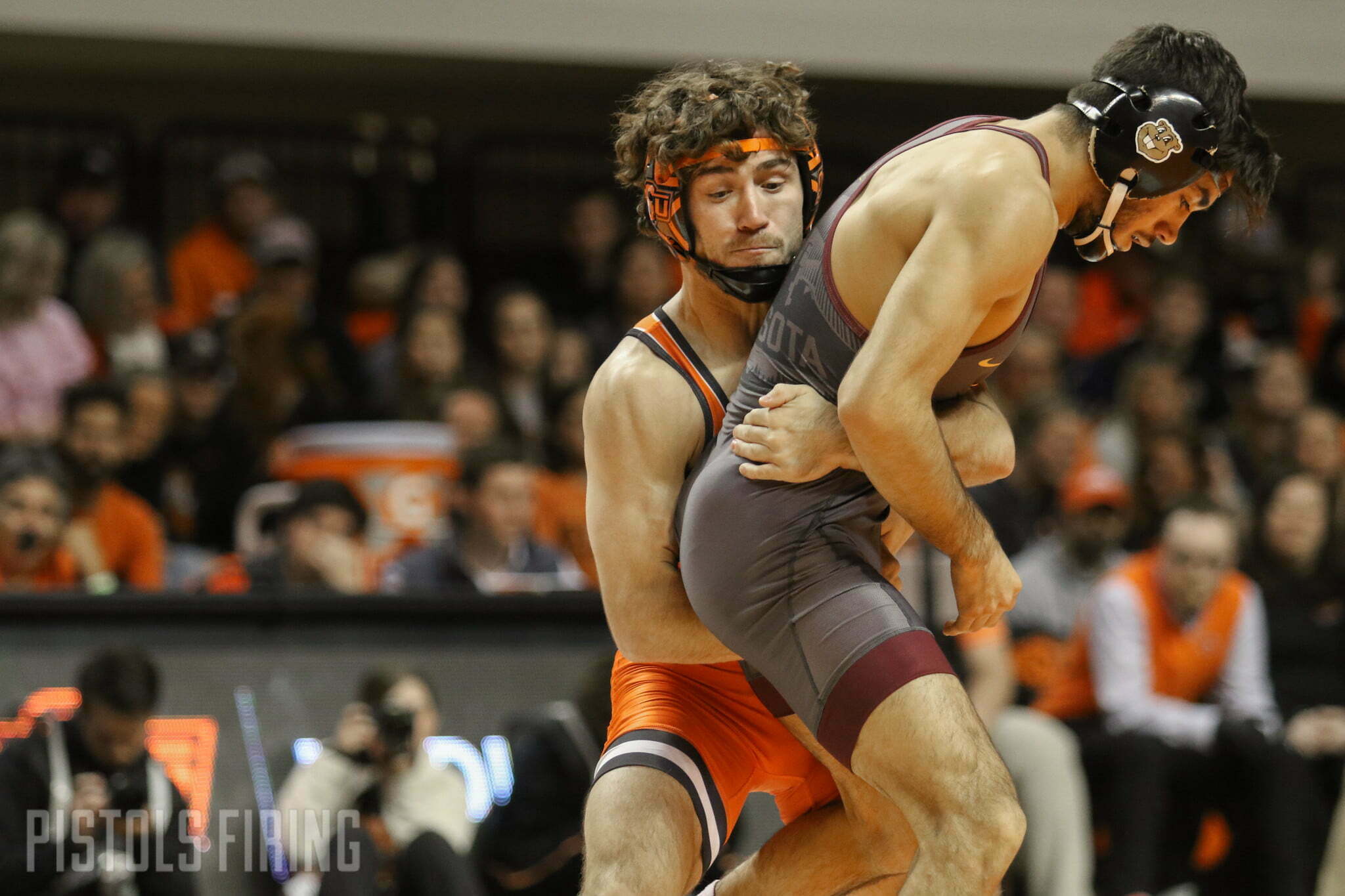 The Cowboys entered day two of the Southern Scuffle trailing first-place Missouri by 5.5 points. They had five starters in the semifinals and five starters still wrestling on the consolation side.

In the early rounds of the consolation brackets, the Cowboys took control of the team race going 5-0 and pushing all of their starters into the placement matches. Later came the semifinals where the Cowboys went 4-1 putting Daton Fix, Victor Voinovich, Dustin Plott, and Travis Wittlake all into the finals.

In the first Oklahoma State final, Daton Fix comfortably beat UT Chatanooga’s Brayden Palmer 7-3 to win 133. He picked up two takedowns, a reversal, and a ton of riding time in the process. Dustin Plott had a rematch of last year’s Big 12 final at 174 with Missouri’s Peyton Mocco. He got down early, giving up two takedowns and going behind 4-1. He then methodically started to work his way back into the match with a quick escape and takedown in the second that was followed by a technical violation point for a head-scissor called on Mocco. Then in the third period, Plott cut Mocco making it 6-6. As Plott worked to finish a shot, he put Mocco on his back to win 12-7.

Travis Wittlake had a pretty unique final with North Dakota State’s Deanthony Parker. After no scoring in the first, he hit a gramby and scored an escape early in the second. In the process, Parker hit his head and had to take injury time putting Wittlake back on bottom. He got another escape and after a stalling call on Parker took a 3-0 lead into the third period. After a strong ride, he gave up a late escape in the third, but held on to win 3-1.

Victor Voinovich was the other Cowboy in the finals at 149. He was up 3-0 in the second period then gave up a reversal and rideout to send the match to overtime. In sudden victory, Voinovich attempted a shot that was countered and was taken down to finish second.

OSU finished 36.5 points ahead of second-place North Dakota State in the team race.

Up next, the Cowboys wrestle at Oregon State on Sunday, January 8.