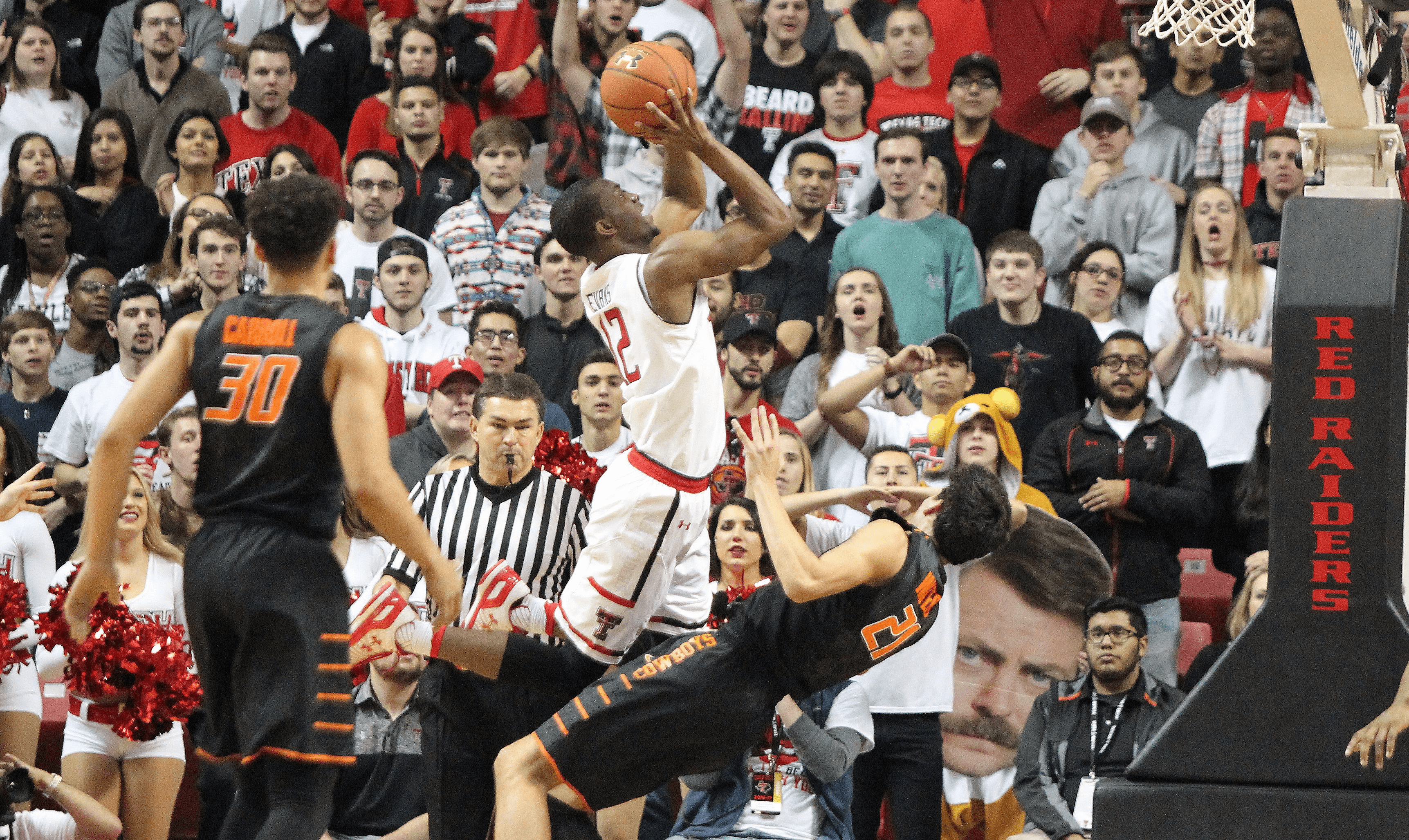 Oklahoma State has been an abomination defensively in the first third of the Big 12 season. We looked at that on Friday. Literally one of the worst teams in Big 12 history in terms of giving up points. They were giving up 119 points per 100 possessions to teams.

On Saturday against Texas Tech, the Pokes dug down and moved that number the other way by three points. Now OSU is giving up just 116 points per 100 possessions in the Big 12 — still not good, but at least it’s goign the right way. So how did they limit the Red Raiders to 64 points?

“I thought our little philosophical change defensively really helped our basketball team today,” said head coach Brad Underwood who notched his 100th win. “I had a sleepless night after our Kansas State loss which we got exposed. In that ball game, we had made nine three’s, were 13-of-13 from the free throw line and were up by three in the first half.

“I knew I had to make some changes. About 2:45 AM that morning, I figured out what we were going to do and committed to it. We worked very, very hard the last couple of days prior to this game of just backing off. Our guys were talkative, and our guys were energetic.”

So what was the defensive change?

“We gave up 48 points against Kansas State in the paint,” said Underwood. “We gave up 28 in a half, most of them came from their guards. I changed the pickup point. I’ve always been a very heavy-based denial team – not letting teams run their stuff and forcing them to do things that they don’t want to do. We got away from that a little bit. We backed off and got more into the gaps.”

A few of you noticed this. OSU was overplaying the gaps on other teams’ offenses and over-running for steals leaving themselves vulnerable with a porous interior.

“We worked very hard at contesting shooters, being there when they catch and not trying to take away the catch. It slowed down our rotations. We got into some rotations because of their offense, but we didn’t have near as many. Now we have to do the next step, which is eliminating some of the fouling that we are committing.”

In-season adjustments! What a world!

“I give a lot credit to Coach Underwood and the coaching staff,” said Phil Forte. “He has a system that he likes to play, and I think it says a lot about him to put his ego aside. Not saying he has an ego, but his style of play on how he likes to play. He noticed it wasn’t working and tried to adjust to personnel. He deserves credit for that in order to give us a chance to win.”

Hopefully it gives them a great chance to win nine of their final 12 and backdoor into the NCAA Tournament. KenPom says there’s hope! Here are the games his site says OSU should take. Sneak in one or two more (Baylor at home, at KSU?), and you’re in some serious business!