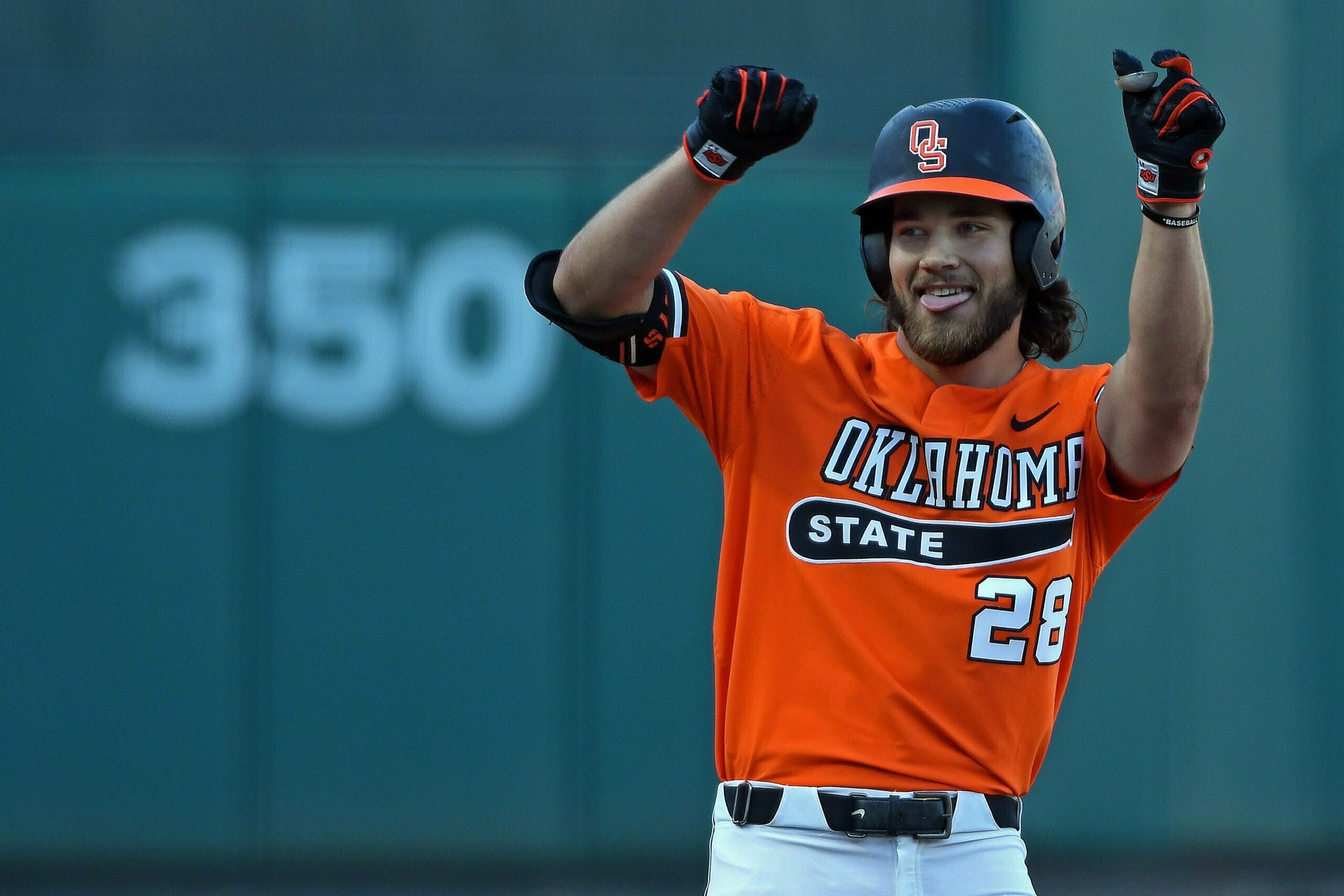 The Cowboys walked off in Friday’s Big 12 quarterfinal, but did so in the seventh inning.

The Oklahoma State baseball team run-ruled West Virginia 12-2 in seven innings in Bricktown Ballpark. The Pokes led 8-0 after two innings, putting up five in the first and three in the second.

It was a big day for 6-foot-8 senior Carson McCusker. The OSU left fielder went 3-for-4 at the plate with four RBIs and two runs scored. He hit a three-run home run over the tall fence in right field.

McCusker was one of seven who had multiple-hit days. Christian Encarnacion-Strand and Justin Campbell joined McCusker as Cowboys who had three hits.

Campbell, a freshman, had three RBIs and a double two nights removed from starting on the mound for the Cowboys against Oklahoma.

Parker Scott made his first start since April 16 after battling through injury. It’s a good sign for the Pokes, as Scott had been the Cowboys’ Friday starter for much of the season. He did throw one inning against New Orleans last weekend.

On Friday, Scott threw 58 pitches in four innings where he gave up two runs on four hits while walking one and striking out five.

Bryce Osmund, who has started most of the year, came on in relief. The freshman from Jenks didn’t allow a hit in three innings, where he walked five and struck out seven.

Caeden Trenkle, another freshman, went 2-for-5 at the dish with a triple, but his best play of the day came in the field when he robbed an extra base hit and a run from the Mountaineers with a diving catch at the warning track.

The Cowboys await the winner of the late Friday game between West Virginia and Texas in the Big 12 semis. OSU will have two opportunities to put that team away to head to the finals. OSU’s next game is scheduled for 12:30 p.m. Saturday.