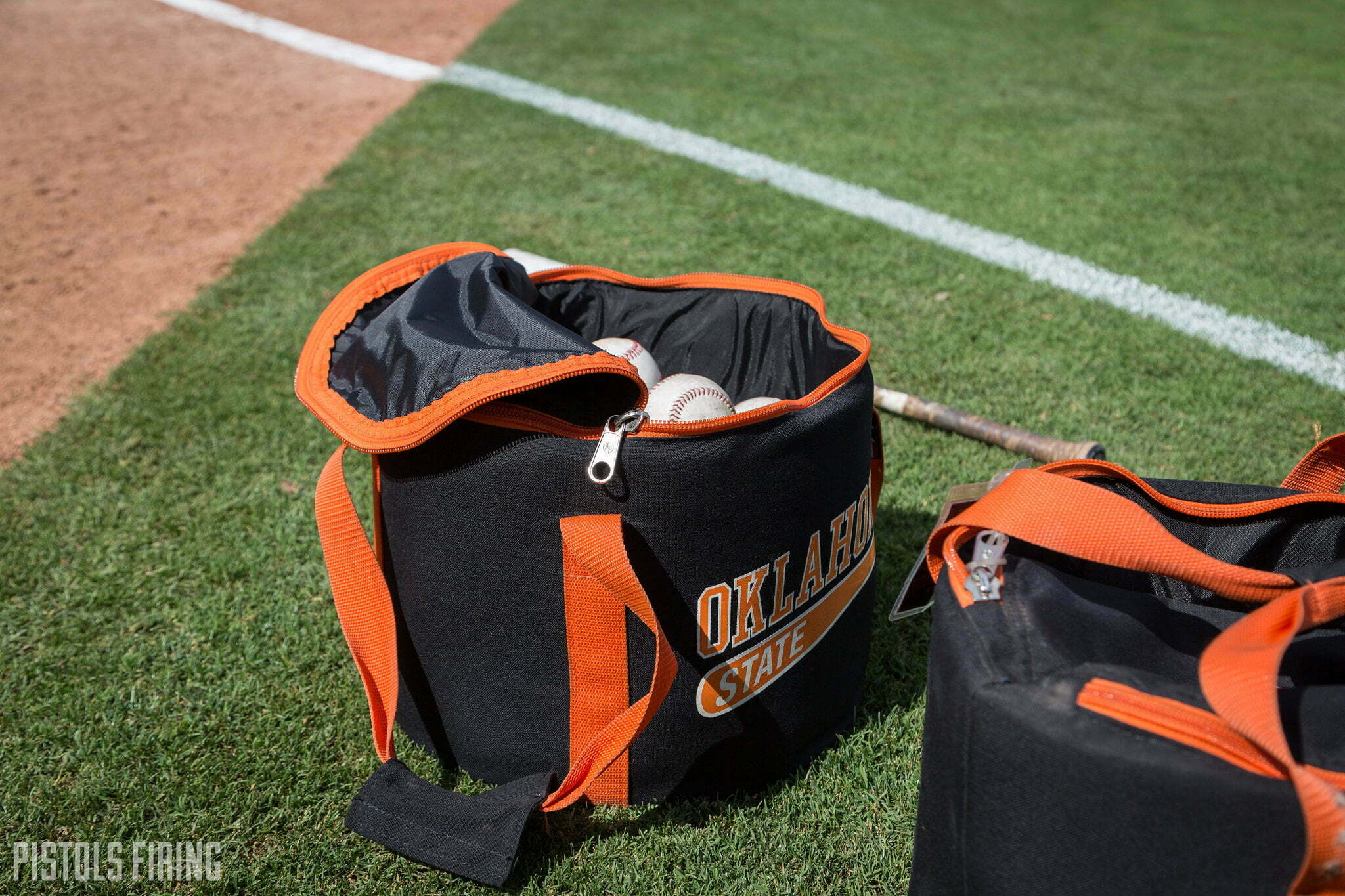 The Cowboys went on the road to face one of college baseball’s historic programs and travel back to Stillwater with a series victory.

Oklahoma State defeated Vanderbilt 7-5 on Sunday to win the teams’ season-opening, three-game series. The No. 7 Cowboys let go of a two-run lead in the eighth inning before getting it back in the ninth.

Hueston Morrill started the rally with a one-out single down the right-field line, and Jake Thompson brought in the go-ahead run with a double to right.

With two outs in the inning, transfer first baseman Griffin Doersching doubled to left-center, scoring Jaxson Crull, who was pinch-running for Thompson. It was Doersching’s third double of the series. He is hitting .500 through his first weekend as a Cowboy with three runs scored, three RBI and a home run he hit in the second inning Sunday.

The pressure was then on Trevor Martin to close the series out.

He entered in the eighth with the bases loaded and one out with OSU nurturing a one-run lead. Vandy was able to tie the game with a sac fly in the eighth, but Martin stranded two Commodore runners on base. In the ninth, Martin forced a fly out to right before striking out back-to-back Vanderbilt batters, both looking. A sophomore from Asher, Martin picked up a save Saturday before being awarded the win Sunday.

OSU was down 2-1 heading into the fourth inning before some patience at the plate spilled in some Cowboy runs.

Doersching drew a bases loaded walk (on four pitches) to score OSU’s first run of the inning. George Mason transfer Lyle Miller-Green hit a two-RBI single to left-center to give the Pokes a 4-2 lead.

OSU’s other run came in the sixth when freshman Zach Ehrhard hit an infield single to third with the bases loaded that scored Marcus Brown.

It’s a big win for the Cowboys, as they head to a big-league stadium this week. OSU plays Sam Houston at Globe Life Field, home of the Texas Rangers, at 6:30 p.m. Tuesday.