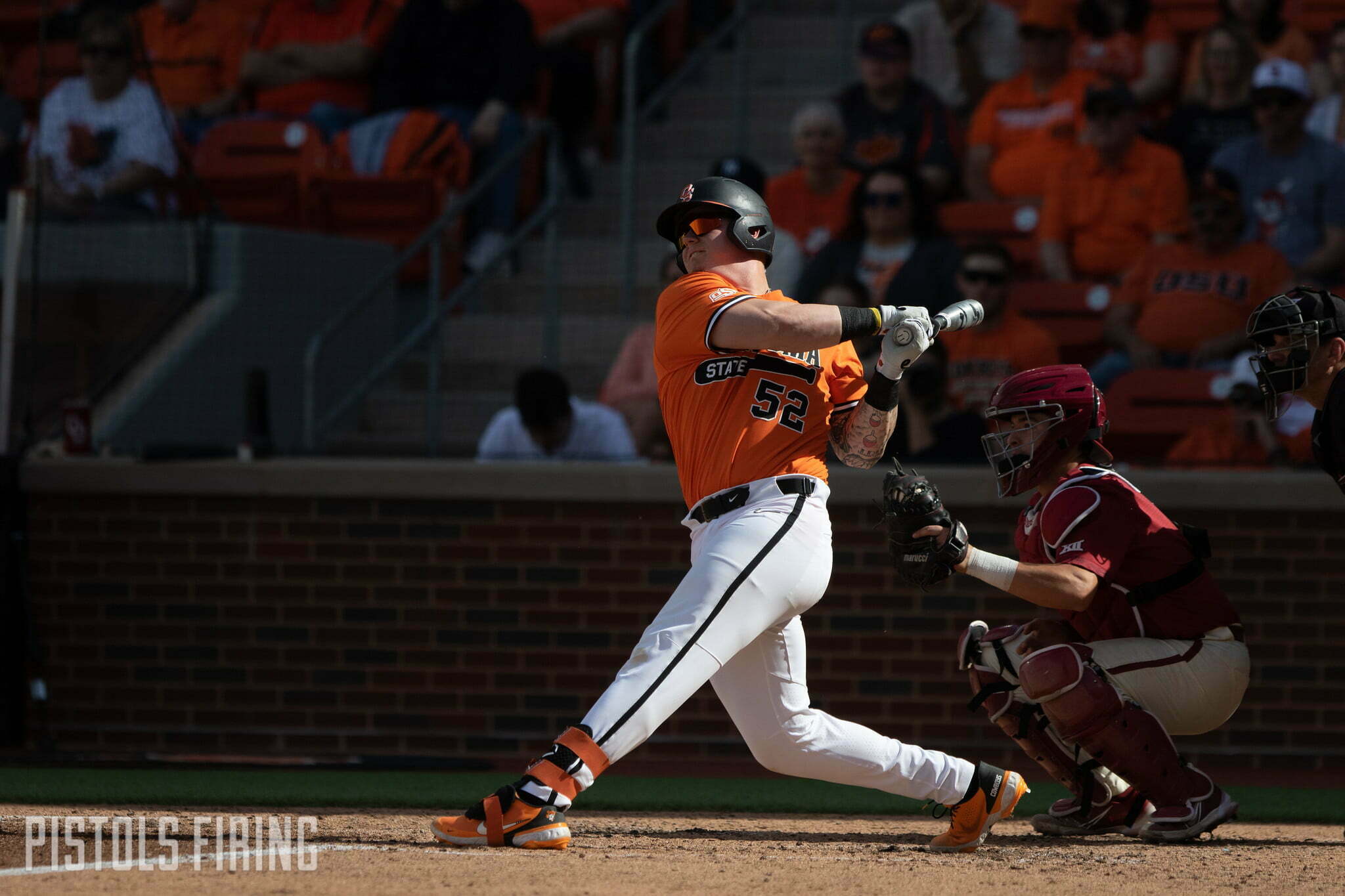 The Cowboys were down a touchdown before a double-digit inning resulted in an Austin sweep.

Oklahoma State defeated Texas 10-8 on Sunday in the final game of the team’s Big 12 series. All 10 of the Pokes’ runs came in the seventh inning after OSU went into the frame trailing 7-0.

Caeden Trenkle got the scoring started by drawing a bases-loaded walk on four pitches. Two batters later, Roc Riggio cleared the bases with a double into the gap in right center to cut Texas’ lead to 7-4.

A walk and a hit by pitch loaded the bases again, which brought up Griffin Doersching. Doersching didn’t disappoint. The Northern Kentucky transfer with a tattoo sleave and bleach blond hair crushed a ball to left-field (similar to the home run his crushed Saturday). That grand slam gave OSU an 8-7 lead.

It was Doersching’s sixth home run of the season and fifth since April 12.

The grand slam was the climax of the inning, but the Pokes weren’t done scoring. Brett Brown hit a two-out single up the middle that scored David Mendham, and Nolan McLean also crossed the plate off an errant throw. Mendham and McLean each reached via walk.

OSU batters walked seven times Sunday, and three were hit with pitches. McLean’s 10-game hitting streak was snapped, but he drew three walks on the day. He came to the mound in the ninth where he sat down all three of the batters he faced, earning his fourth save of the season.

Miami transfer Victor Mederos got the start for the Cowboys but left after one inning with injury. That put a cold Trevor Martin on the mound who gave up four runs in one inning pitched. The first three batters Martin faced hit home runs. But the Pokes were able to adjust on the fly as Ryan Bogusz, Bayden Root, Roman Phansalkar and Kale Davis bridged the gap between Martin and McLean. That group of four pitchers threw six innings where they gave up three runs off two hits while striking out seven.

The win moves OSU to 31-13 on the season and 13-5 in Big 12 play. That Big 12 record pushes the Pokes back into first in the league with series against Texas Tech and Baylor to go.

The last time the Pokes swept the Longhorns in Austin was in 2016, which happens to be the last time OSU made the College World Series.

The Cowboys don’t have a midweek games this week, and they’ll spend next weekend out of conference when they host Southeast Missouri State for a three-game series.