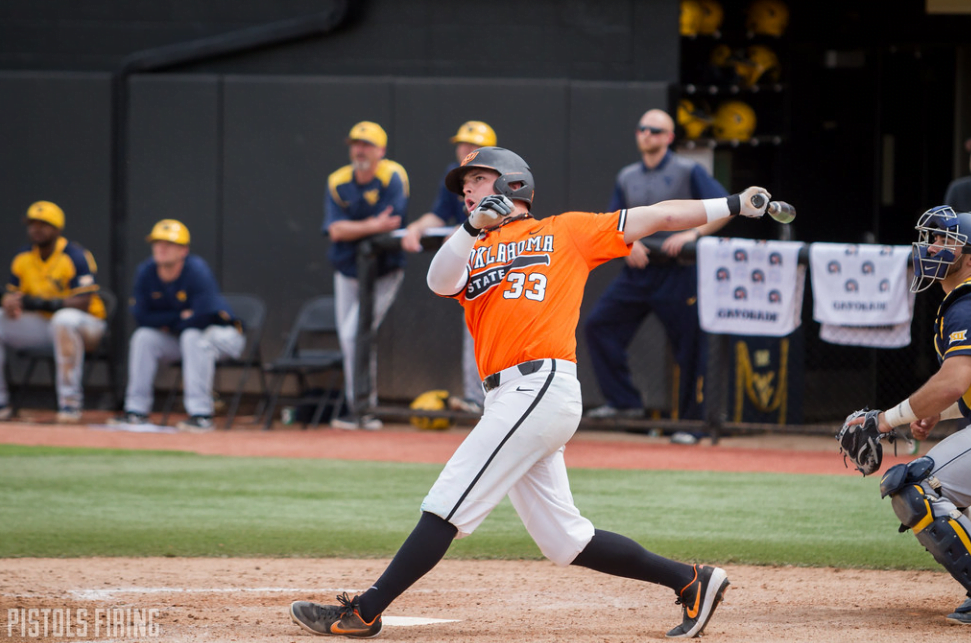 To be the man, you have to beat the man, and the Cowboys prefer to sweep the man.

The Oklahoma State baseball team defeated Oregon State 8-7 on Sunday in Corvallis to solidify the Cowboys’ sweep. It was the first time the No. 2, defending national champion Beavers have been swept in a three-game series this season.

It was another outstanding day in what has been an outstanding season for junior outfielder Trevor Boone. Boone went 3-for-4 with four RBIs on Sunday, and in the sixth inning, Boone hit a three-run home run to tie the game at 6. It was Boone’s 16th home run of the season.

The Cowboys took the lead for good in the eighth when Cade Cabbiness hit a single to center field with the bases loaded. Carson McCusker and Andrew Navigato scored on the play. It was the third time Navigato crossed the plate in the game.

Adley Rutschman hit a lead-off home run in the ninth for the Beavers to pull to within a run, but Ben Leeper was able to close the door, securing his fifth save of the season.

Oregon State got a run back in the bottom of the first and tied the game in the second, all part of what would be a 6-0 Beaver run that was ended by Boone’s home run.

The series sweep comes at a great time for the Cowboys, as last weekend the Pokes were swept in Lubbock.

It was a Sweep Sunday in Corvallis – recap, stats and highlights from the series finale: https://t.co/o1mXmUcyMP #GoPokes #okstate pic.twitter.com/PqcZeE4Rav

Up next, the Cowboys face Oklahoma in a three-game Bedlam series. Game 1 is Friday at OneOK Field in Tulsa. Game 2 is Saturday at Bricktown Ballpark in Oklahoma City, and Game 3 is in Norman.

The Cowboys are 28-17 overall and 10-8 in Big 12 play. That conference record is good enough for third. Baylor sits atop the conference, but the Pokes play the Bears a week after Bedlam.