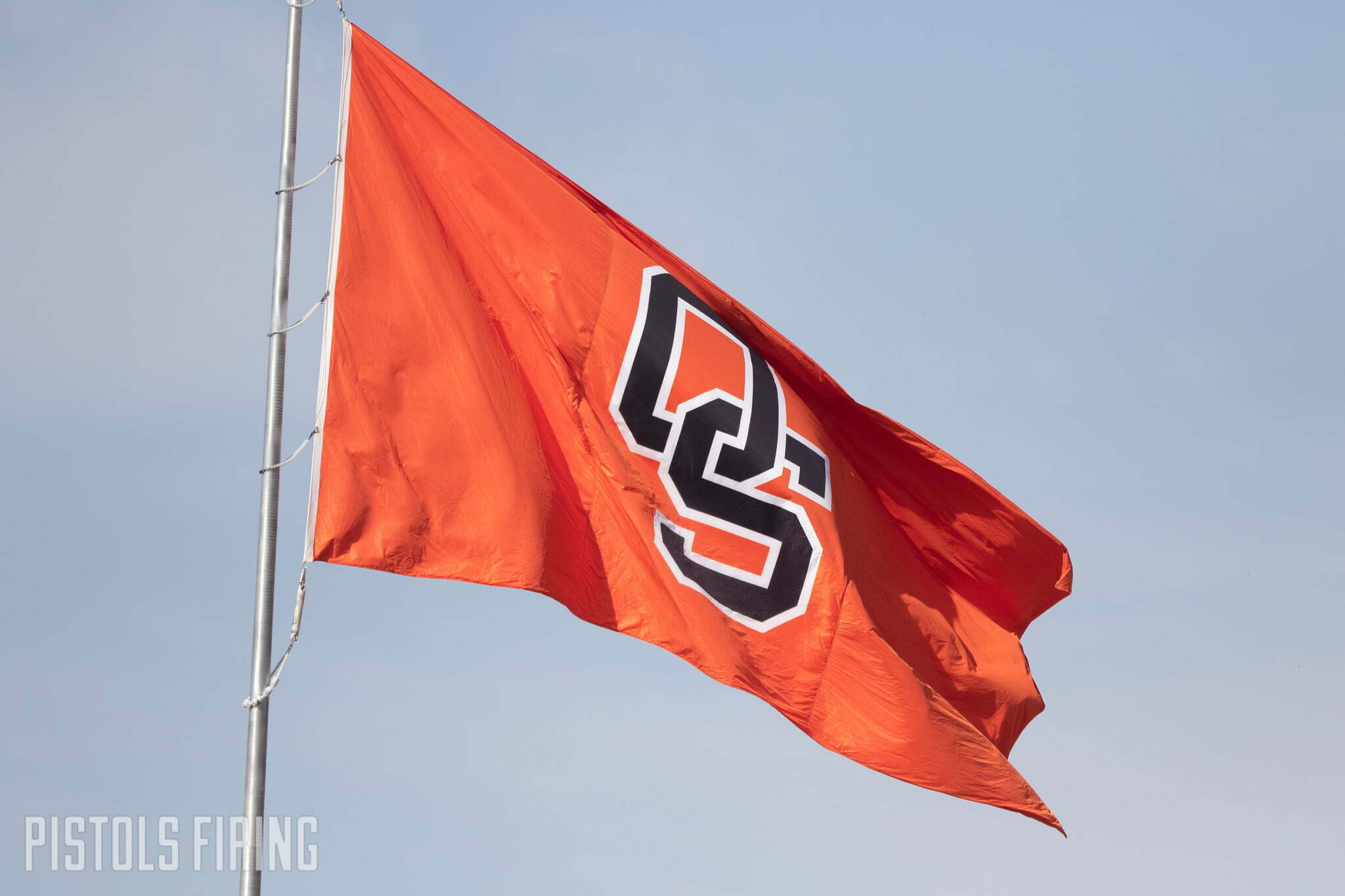 The Cowboys made it a quick Mother’s Day at the ballpark.

Oklahoma State run-ruled Southeast Missouri State 15-3 in seven innings Sunday, resulting in a three-game series sweep for the Pokes. The Cowboys did it in style, too, clobbering four home runs in the final game.

The home run party got going in the third inning. Already nursing a 5-0 lead, Griffin Doersching hit a solo shot to left center.

The Redhawks cut into OSU’s lead a bit, scoring three runs in the fifth inning, but OSU responded with a seven piece in the bottom of the frame.

After a Nolan McLean triple scored David Mendham, Roc Riggio pulled one out of the park to right field. It was his first home run since April 8, and he took a second to watch it go.

The most comical home run of the game came a few at-bats later. Doersching was back at the plate with two on. He rocked another to left. Redhawk left fielder Jevon Mason didn’t move. He just stayed facing forward as the ball went 450 feet from home plate over his head.

Marcus Brown had the final round-tripper of the day. His two-run shot to left field also scored McLean.

Doersching went 3-for-4 on the day with three runs scored and four RBIs. He is hitting .316 on the season and is up to eight home runs. Four of those home runs have come in OSU’s past five games.

McLean is slowly but surely cleaning up his batting average over the past few weeks. After going 2-for-2 on Sunday, his season average is up to .286. During OSU’s past 10 games, McLean is hitting .447.

Trevor Martin started on the mound for an injured Victor Mederos. Martin, who has spent time as OSU’s closer this season, threw four innings in which he allowed no runs off one hit while striking out six.

Bayden Root struggled out of the bullpen, as he failed to get an out while giving up the three runs. But, Ryan Bogusz picked Root up, throwing the final three innings where Bogusz allowed no runs off four hits.

In this week away from conference play, the top-of-the-league Cowboys got some help in the Big 12 standings from an unlikely ally. Oklahoma took two of three off second-place TCU this weekend.

Before the Cowboys get back into league play however, they head to Dallas for a meeting with Dallas Baptist at 6:30 p.m. Tuesday.