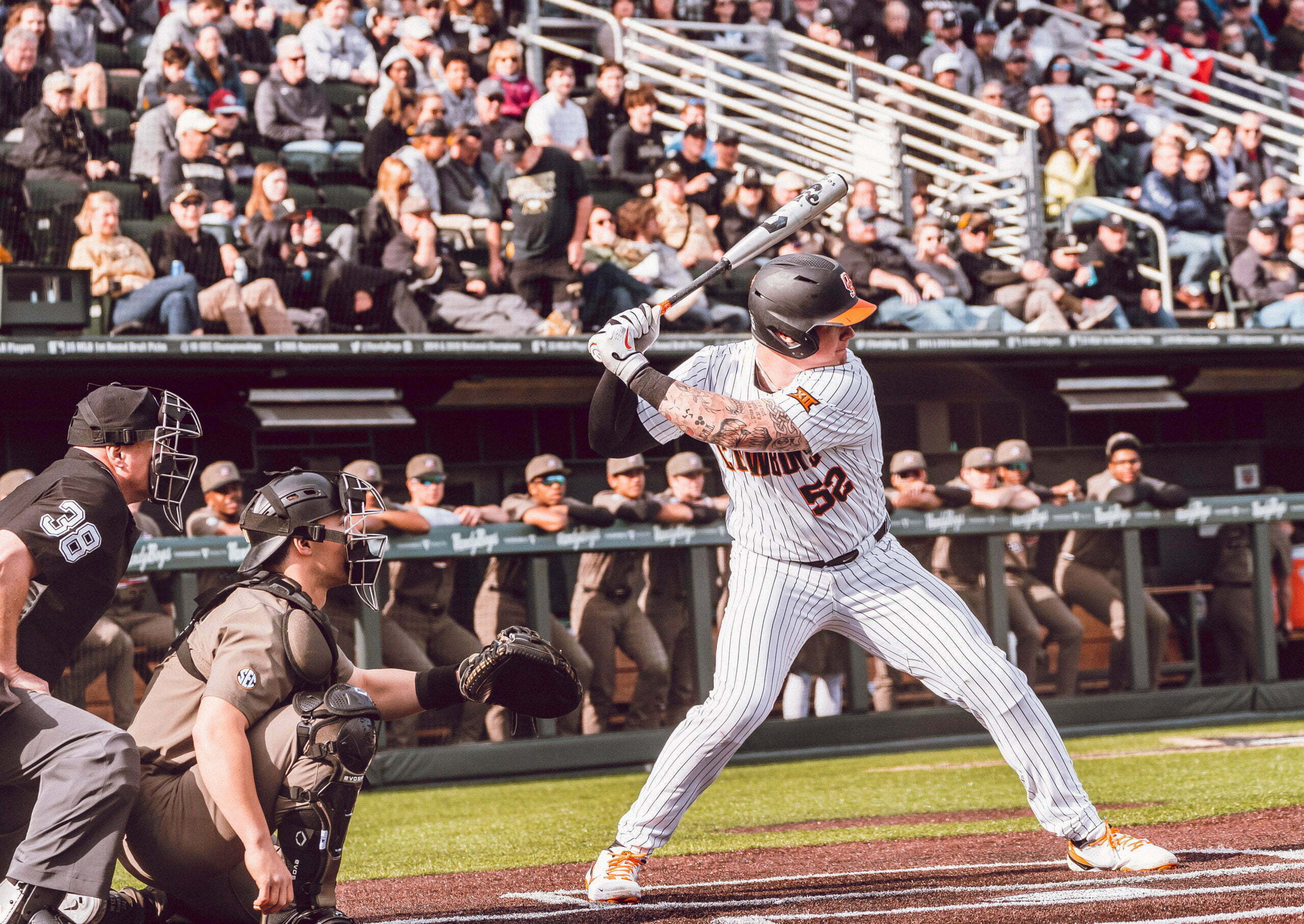 STILLWATER — In 15 at-bats as a Cowboy, Griffin Doersching has already done something he didn’t do in 588 at-bats at Northern Kentucky — triple.

Doersching, a 6-foot-4, 251-pound first baseman, has transitioned well to a higher level of college baseball since transferring from Northern Kentucky to Oklahoma State for a super senior season. In four games, he is hitting .467 with four doubles, a triple, a home run and four RBIs.

Doersching getting on top of the ball is backed up by his doubles and triple.

Holliday said Doersching has flattened his swing since coming to Stillwater and that he is more upright in his stance. Holliday also said Doersching has listened to Matt Holliday on how to better position himself in the box to get to his power more often. A guy who hit 316 big league home runs isn’t a bad mentor in that aspect.

A right-handed batter, Doersching has primarily used the left side of the field. His doubles has spanned between the left-field line and left-center. His triple went off the centerfield wall, and his home run went to right-center.

“The games look a lot like practices,” Josh Holliday said. “It’s amazing how your training translates to the game. A lot of the balls he’s hitting in the games, line drives in the gaps and balls hit hard, he’s done that quite often in practice. The way he’s been swinging the bat in practice and in scrimmage work said that he was in a good spot, using the whole field, hitting the ball hard in the middle of the field. He has shown the ability to drive the ball to all fields.”