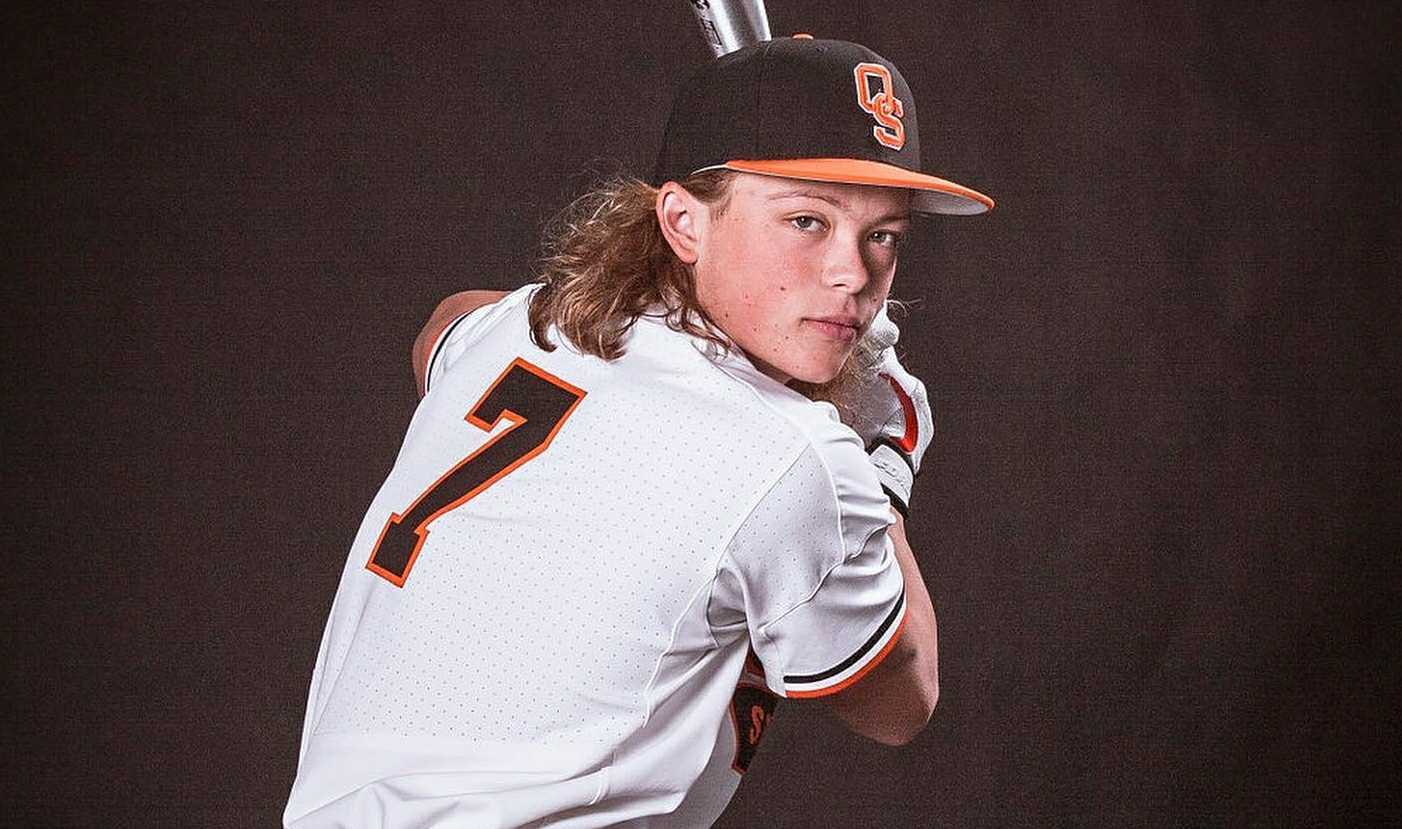 Oklahoma State baseball signee and prodigious professional prospect Jackson Holliday, the son of former All-Star slugger Matt Holliday (now an assistant at OSU) and the nephew of Josh Holliday (the head coach at OSU), was selected No. 1 overall in Sunday night’s MLB Draft.

Holliday, a Stillwater native, committed to OSU several years ago and signed with the school last fall, but has long been considered a wunderkind of kinds who was unlikely to ever play in college because of his pedigree and projection as a likely first-round pick. The selection all but assures he will not play with the Cowboys — though it does guarantee he’ll be playing in black and orange for the foreseeable future. (A bright spot, perhaps?!)

Jackson comes from great bloodlines having grown up around the game and learning from his father, Matt, a former OSU quarterback commit. Matt ultimately veered from that commitment after being drafted in the seventh round by the Colorado Rockies, lower than he should have gone because there were reportedly concerns he may stick with the college route, and that paid off in a big way for him. He won a World Series in 2011, made seven All-Star appearances and was a four-time Silver Slugger.

That pedigree, though, is only part of why Jackson was the top pick. Like his dad, he’s a killer hitter — but he also projects as a future star at the shortstop position. Here’s what CBS Sports said in his pre-draft scouting report of him:

Holliday is another top prospect with big-league bloodlines working in his favor. His father Matt made seven All-Star Games over a 15-year career, and his uncle Josh is the head coach at Oklahoma State (where he’s committed to play in the unlikely event he attends college). Holliday hasn’t coasted on his name or his connections; he spent the past year getting himself into better shape, and improving his offensive game. He’s no longer pulling off pitches as frequently as he had in the past, and he’s more open to using the whole field. His explosiveness allows him to smoke almost anything thrown over the plate, and he can run and throw well, too.

Holliday emerged over the last few months as a bonafide No. 1 prospect while slugging the lights out for Stillwater. In 40 appearances with the Pioneers he hit .685 (!!), smashed 17 dingers and drove in 79 runs to boot.

Holliday is just the third No. 1 overall selection by the Baltimore Orioles in the history of its franchise and — had he spent any time at OSU, which again seems unlikely (he hasn’t technically ruled it out!) — would be the first No. 1 MLB pick in the history of OSU’s program (though over the years they’ve had many a first-round pick.) He is the second OSU baseball commit to be selected No. 1 overall in the MLB Draft, joining Darryl Strawberry.