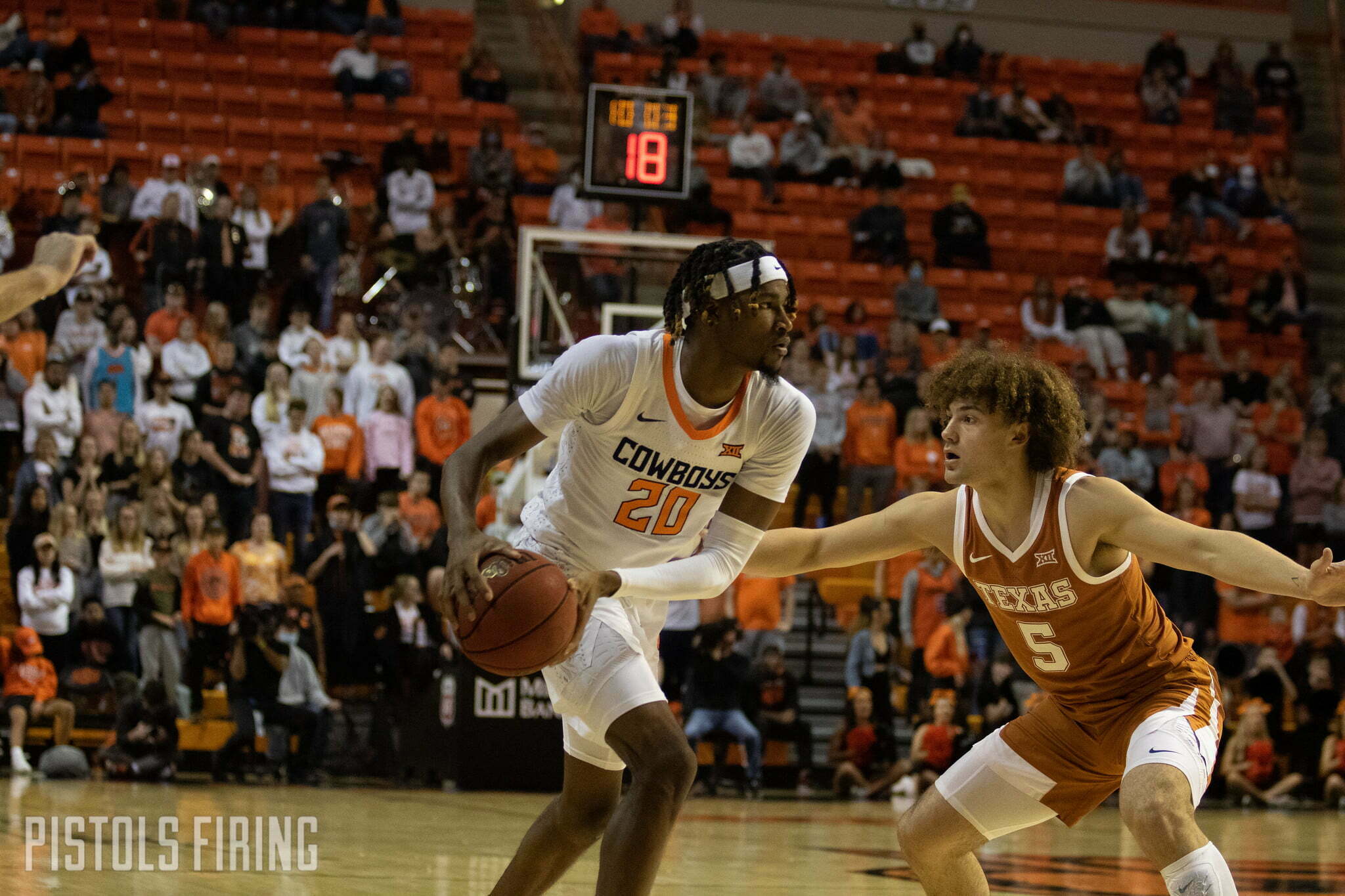 Oklahoma State hoops saw a key contributor enter the transfer portal on Monday, as Keylan Boone announced intentions of playing elsewhere just weeks after their season came to an end.

A 6-foot-8 wing, Boone played in 27 games for the Cowboys in his junior season, where he averaged six points and 3.3 rebounds a game. Boone’s 31.6% 3-point percentage trailed only Avery Anderson (32.4%) among Cowboys with at least 10 attempts. He put up a career-high 17 points in OSU’s win against Texas on Jan. 8, hitting five 3-pointers.

“As hard as this is, my time at Oklahoma State has come to an end,” Boone wrote in an Instagram post. “To the fans here, I truly love you guys the most. You have stood by us through all the highs and lows. I want to thank all the coaches here that have helped me grow as a basketball player and even more as a person. Lastly I want to thank my family for always being behind me and my decisions.”

Boone joined OSU as a member of the Cowboys’ 2019 recruiting class alongside his twin, Kalib. Kalib, a 6-9 post player, is expected to stay at Oklahoma State for his senior season, a source told PFB.

Keylan was a three-star recruit and commit to the Cowboys early, in the spring before his senior year at Tulsa Memorial High School.

Appearing in 26 games as a true freshman, Boone averaged 2.7 points a game in 9.1 minutes per game. His best game that season came against Oral Roberts, when he scored 11 points, going 3-for-5 from 3-point range.

Boone averaged 4.4 points a game as a sophomore. He scored 13 points in the Cowboys’ NCAA Tournament game against Oregon State, a game he also brought down eight rebounds. He also recorded a double-double in the first game of his sophomore season, scoring 10 points to go with 12 rebounds against UT-Arlington.

OSU’s 2022-23 roster is far from complete but the list of outgoing players is beginning to take shape. Boone joins Donovan Williams among Pokes in the transfer portal.