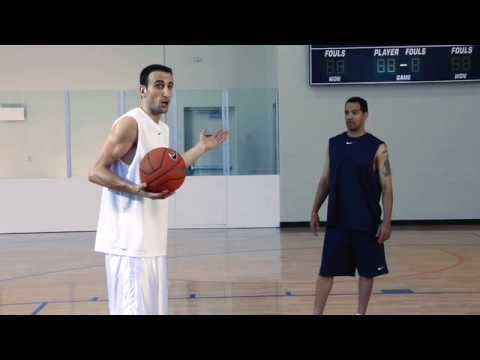 As most of the people I talked to who were at the game pointed out, the crowd was looking for anything it could find to blow up Gallagher-Iba, but came it up empty-handed and broken-hearted on an emotional night in Stillwater. It wasn’t for lack of trying either, Texas was just, how do I say this…a lot better.

There was a point at the beginning of the second half when the Cowboys started to make a mini-run right into the teeth of Texas’ 10-point lead. Moses had just flushed a dunk followed shortly by a Markel bucket and a distant noise could be heard, as if the crowd started to rumble just a little. On the next possession OSU had a chance to cut it to 7 with a three when JPO cut to the hoop and took a hard foul from Gary Johnson. I did a mini-fist pump and looked up at the clock. It read 15:52. Crap, TV timeout. The momentum was stripped, the crowd subsided.

It was such an important point in the game too. OSU was starting to roll a little, flustering the Horns on defense and not creating a complete cluster on offense (which is one step above average for this team). They had such a great opportunity to cut the lead down to two or three before that timeout happened. I have a theory that teams down double digits in the second half only have two runs in them and OSU never really got its first started. In fact, I tweeted that OSU needed to get it to five by the 8-minute timeout to give the crowd a chance to win it for them. They couldn’t and 13,611 left feeling like they were never really there.

There were bright spots for sure, like the evolution of Markel Brown’s soon-to-be sparkling career and Moses adding to his Big 12 active career-leading double-double total. I thought JPO played really well too considering he was matched up with the current Big 12 POY frontrunner. While we’re here, how fantastic was that matchup? He and Hamilton are both just understated but exceptionally solid basketball players. Hamilton is definitely the better shooter, and player for that matter, but you’d be hard-pressed to find a better matchup of swingmen in the Big 12 and maybe the country. I really enjoyed watching them go at each other.

Markel, too, was brilliant at times. He does things on a court that don’t seem very Freshman-y which, of course, he follows up by trying to dribble behind his back in a triple team under Texas’ goal, but still. He’s a phenomenal passer too, kind of reminds me of Corey Brewer when he was at Florida even though Brewer was probably a better shooter. I don’t want to get into this too much right now (I’ll try to write a post on it next week), but I think Ford should maybe think about playing him at the point. Maybe I’m overreacting to poor performances lately from Keiton and Penn. Maybe not.

OSU’s weaknesses seemed to overshadow everything else that happened, especially in the second half. You won’t find a bigger Keiton guy than myself but I’m not sure he isn’t a liability against elite teams. He can hold his own against the Iowa States and Colorados of the world but he’s just seemed to struggle against big time teams this year since he’s been the focus. He didn’t have a prayer against Balbay. I don’t think you bench him but Ford is correct in running the offense through the hands of Markel, JPO, Moses, and Williams. The transition has been less than smooth though and OSU isn’t deep enough to cover up its own flaws.

Give Texas credit, they have a phenomenal team. I thought Gottlieb made a good point about how they don’t really whine and complain about calls. They just grind and play as hard as they can. It’s beyond me how Dogus Balbay can essentially be their team leader because watching him shoot is like watching a Kardashian do calculus, but they follow him and they’re as unselfish as any team OSU will see all year. At one point in the first half, both teams had six field goals, Texas on five assists, OSU on zero. That’s telling.

The rest of my notes:

So we’re back to where we started before Texas — needing at least seven more wins to make the dance. The loss column figure is growing though and this team is running out of opportunities. They desperately need to go on a three-game run over the next 10 days against Tech, Mizzou, and OU before going to Lincoln and Austin.

Wednesday was different than I imagined it to be in my head — less emotional and more futile, but not all is lost, for ten families were affected in the deepest way sports can affect us and THAT will always be more important than assist-to-turnover ratios and offensive rebounds. Always.

Next game: Saturday at Tech