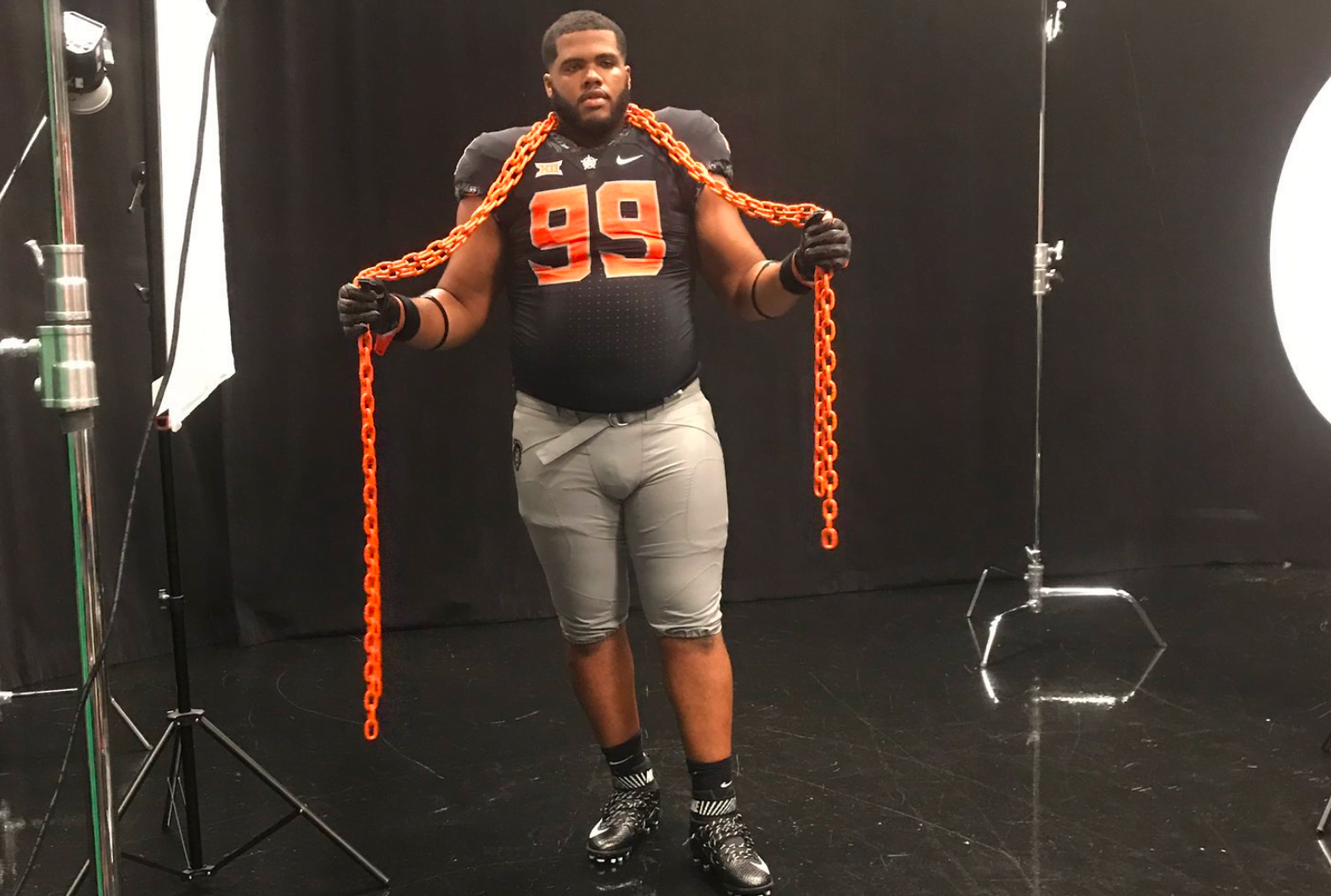 Junior college defensive tackle Tayland Humphrey, the No. 4 ranked junior college player in the country, realized OSU was taking him seriously when they offered his younger brother a scholarship on their recent unofficial visit to OSU. Now, it seems Humphrey and his brother are taking OSU seriously.

According to 247Sports crystal ball predictions from industry experts, three of the last predictions for Humphrey—and the only prediction for his younger brother, offensive lineman John Bolding—have come in favor of the Cowboys.

Humphrey made it crystal clear where his priorities lie, tweeting that he would only take official visits to schools that offer both he and his younger brother, and later adding that he was determined to make sure the two would play together in college.

Thus far, OSU is the only major school to make that a possibility.

Humphrey, a four-star prospect from Hutchinson Community College, has 26 scholarship offers and counting; Bolding, however, is a 2018 offensive guard playing for Klein Oak High School with offers from FIU, Stephen F. Austin, McNeese State, and OSU.

The 247Sports crystal ball isn’t always accurate, but from the looks of it, OSU is trending heavily towards landing a major package deal for the brothers from Klein Oak.