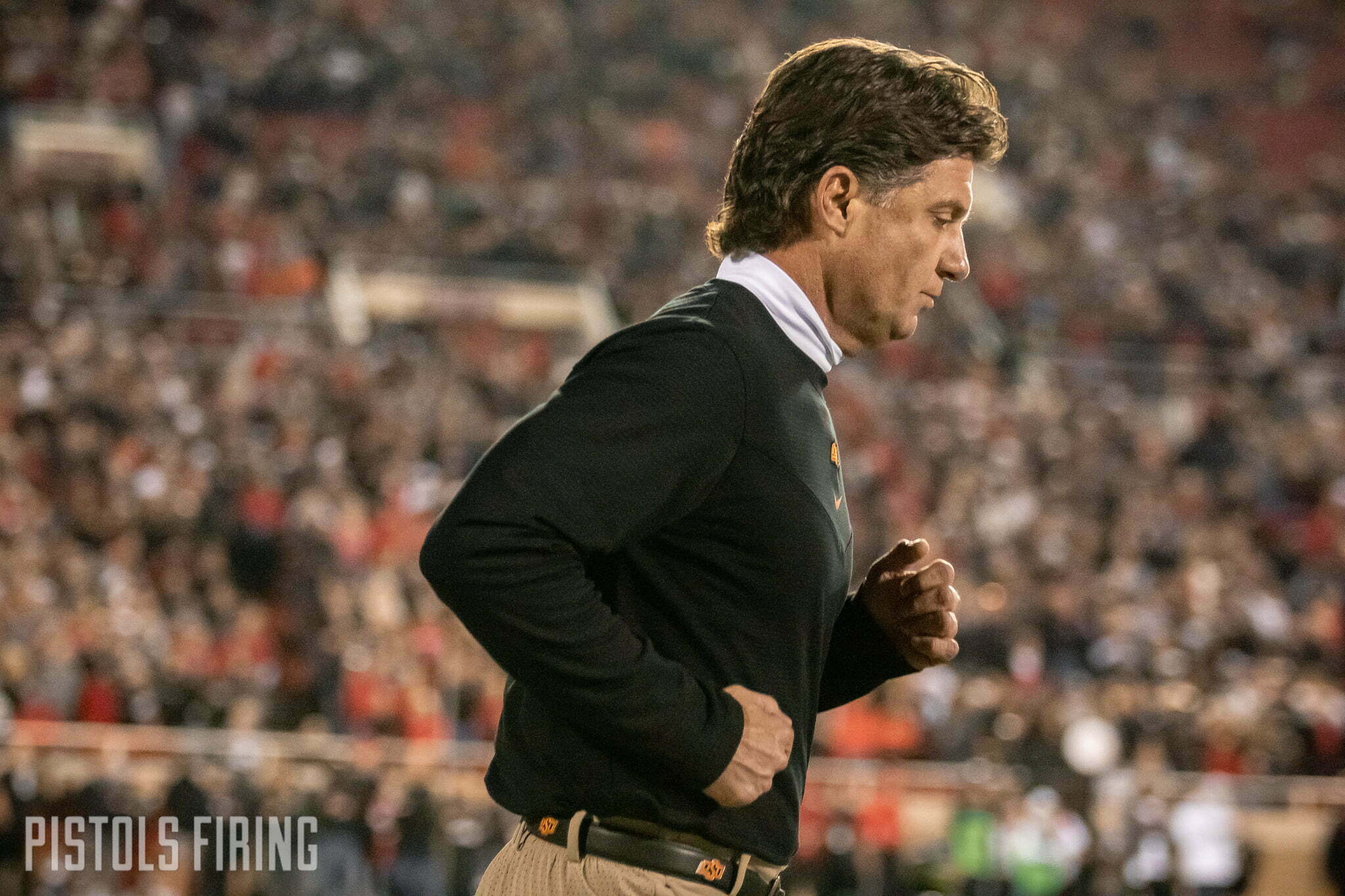 One of those things does look like the other, if you put any stock in the latest recruiting rankings.

Class of 2023 Oklahoma State commits quarterback Zane Flores and wide receiver Camron Heard have both popped up on the radar in a big way thanks to 247Sports’ latest ranking update, and it’s pushed the Cowboys into the Top 25 of team rankings.

Heard picked an OSU offer at “The Show” camp in Stillwater on Sunday and then committed to the Pokes on Thursday. The dual-threat high school quarterback was without a star ranking at the time the Cowboys offered him to play wide receiver. Now, he’s been tabbed a three-star prospect, the No. 67 wideout in the class and the No. 90 player to come out of Texas. His 0.8759 Composite ranking lands him as the Cowboys’ No. 2 commit for 2023.

While Heard picked the Pokes over offers from the likes of Arkansas, Texas Tech and Tulsa, the Cowboys will be glad they made a move on him early. Last season, Heard threw for over 700 yards and four touchdowns and rushed for over 1,000 for 11 scores. His QB brain should help him that much more as he transitions to receiver at the next level.

When Flores committed to the Cowboys in mid-April, he was the No. 776 prospect in the class according to 247 and the No. 29 quarterback. He’s since earned an invite to the Elite 11 Finals and has also shot up the rankings. As of writing, Flores is the No. 24 QB and the No. 2 prospect in Nebraska. His 0.8823 Composite ranking makes him the Cowboys’ top commit for an increasingly stout-looking 2023 class.

What it Means for OSU

As things currently sit, OSU is ranked 18th in the 247Sports team rankings. It’s still very early in the cycle, but that finish would tie with the highest Cowboys class since 247 started tracking such things.

It’s important to note that those other top classes for Gundy were buoyed by one or two high-end prospects while the Cowboys have yet to land a single four-star pledge for 2023. That could change, even among those currently in the class.

Of course, my comp at the top to other great Cowboy passer-catcher duos was hyperbole. But if you put any stock in recruiting rankings it might not be as much as crazy as you think. Heard’s new Composite score already trumps both Blackmon and Washington’s final ranking coming out of high school and Flores is just a few points below Mason Rudolph’s 0.9004, with still time to impress evaluators in this month’s Elite 11 Finals. Weeden was unicorn with no stars.

Regardless of where any involved land in the final rankings, these rankings are just further evidence of Gundy and his staff’s keen eye for football talent, and the reputation its earned.