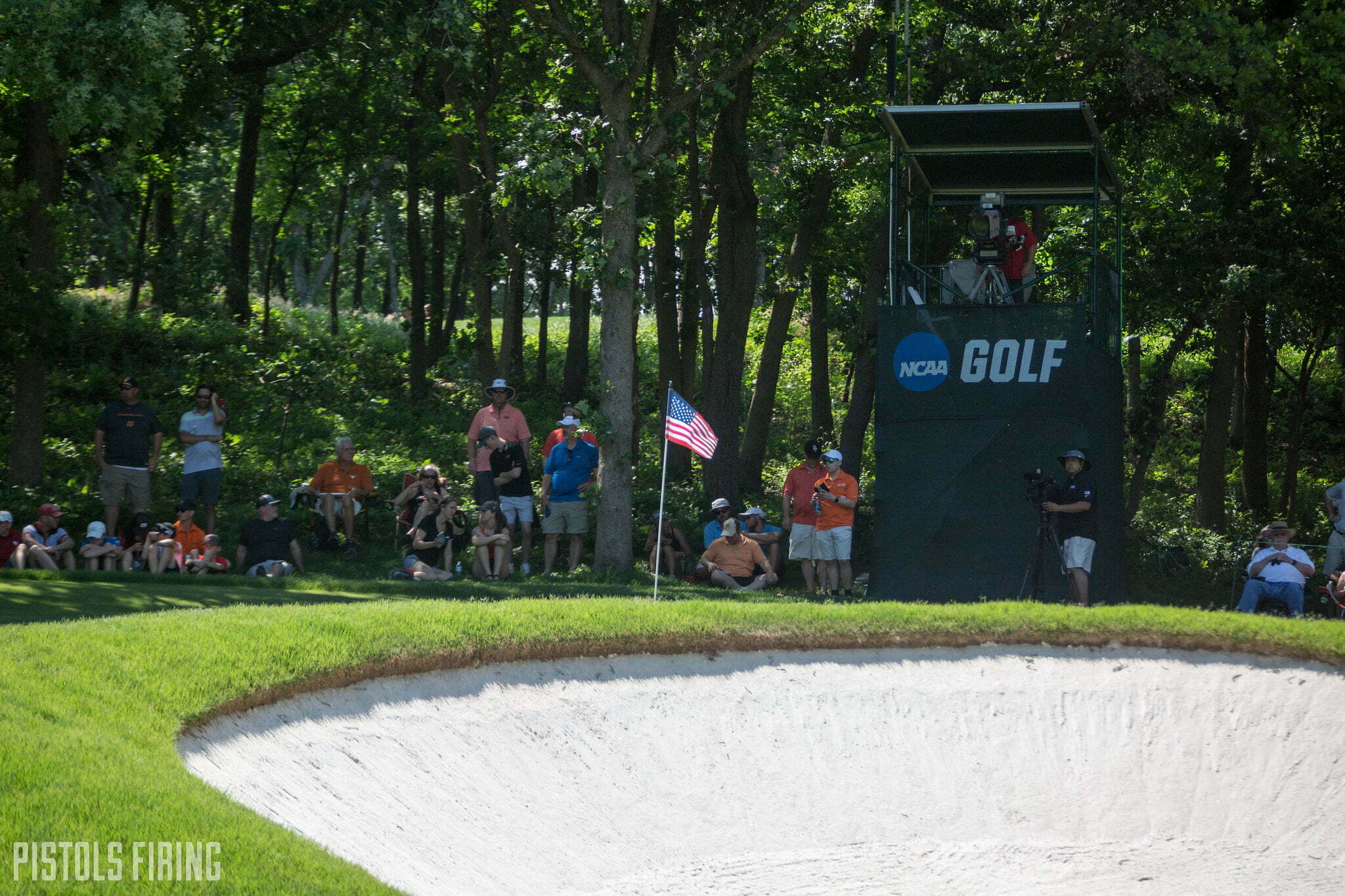 OSU men’s golf advanced past stroke play and into match play at the NCAA championship this week, but it could not survive friendly fire from its own Big 12 brethren. Texas took down the Pokes in the quarterfinals round of match play on Tuesday 3-2, putting an end to the Pokes’ run at a championship in Scottsdale, Arizona.

With the loss, OSU moved to 6-3 all-time in the quarterfinal round.

Tuesday’s opening match began with star OSU sophomore Bo Jin falling 3-and-2 to Texas’ Parker Coody. The Longhorns added their second point of the match as Cole Hammer downed Aman Gupta in the anchor match. Both grabbed early 1-up leads for the Pokes but both could not sustain it.

OSU’s Brian Stark got OSU on the board with a 2-up win over Travis Vick in the second match, and star senior Eugenio Chacarra took down Pierceson Coody 1-up in a dramatic win.

But their wins alone were not enough to put the Pokes over the top, as Texas’ Mason Nome bested OSU’s Jonas Baumgartner for the dagger point. Nome closed out his match with a 2-up win by making birdie at the ninth.

OSU’s stunning one-and-done showing in the quarterfinals was a reminder of just how #hard golf is and just how much parity exists within the sport. It came on the same day Bedlam rival Oklahoma was eliminated from the NCAA championship, a surprise turn of events that eliminated the No. 1 and No. 2 teams in the latest men’s golf rankings that dropped just before the NCAA championship.