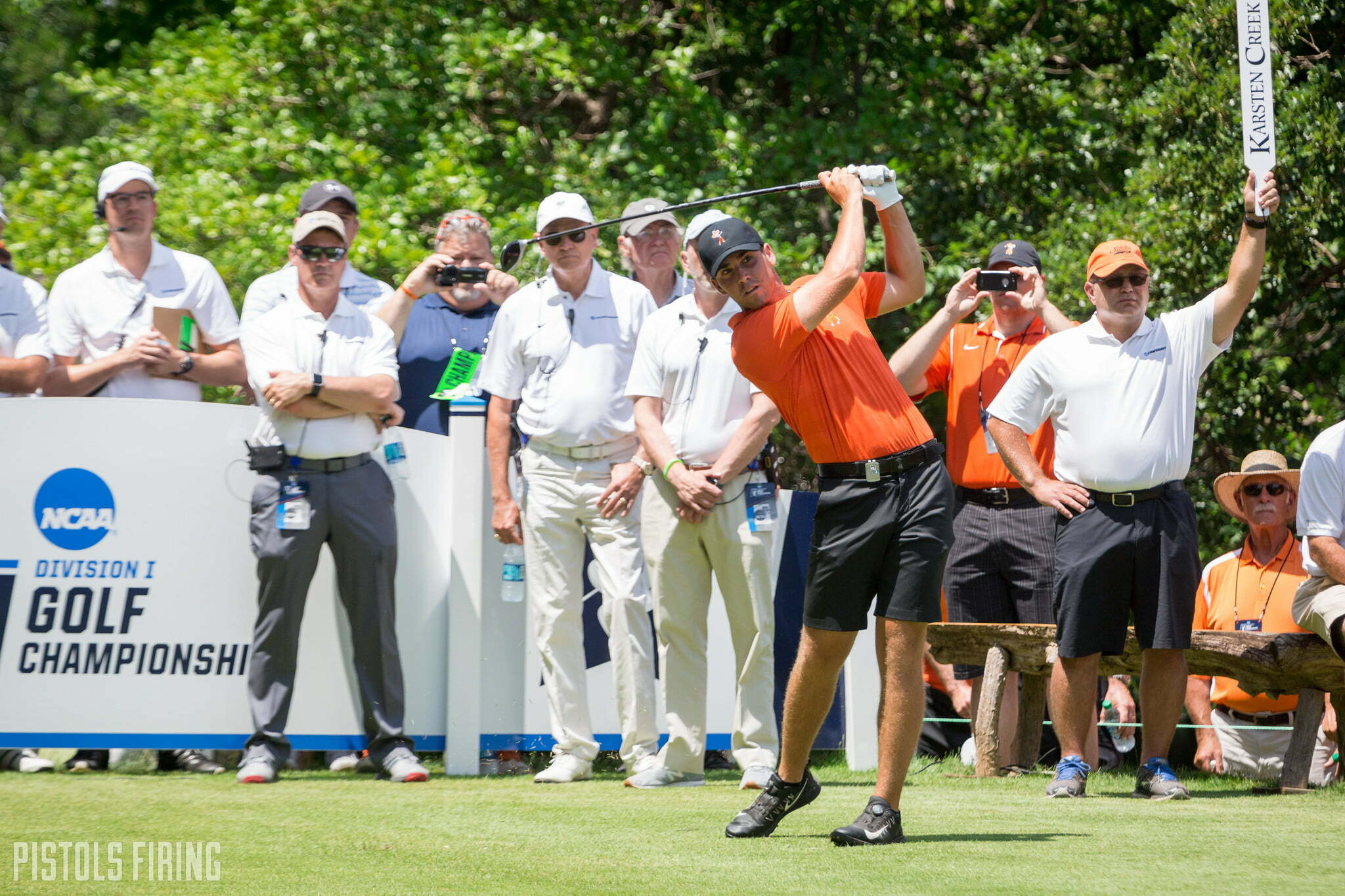 Oklahoma State’s reign of dominance in the golf world continued Tuesday as it picked up a win in the Querencia Cabo Collegiate for a third consecutive time, beating out Arizona State and Baylor with a closing round of 274 to cap a 32-under score 820 weekend in the three-day event.

The second-place finishing Sun Devils carded a 24-under 828, and third-place finishing Baylor turned in an 843. Alabama, which OSU defeated in the NCAAs last season, finished 13th in the event with a team total of 914 — 94 strokes back of OSU. Vandy, which is ranked third in the latest college golf rankings, finished 38 strokes off the No. 1 Pokes.

That is … well, that’s pretty good. And OSU did so without the services of Viktor Hovland, the No. 1-ranked player in the country, who this week is competing at the PGA Tour’s Arnold Palmer Invitational.

OSU raked in the individual awards too without Hovland. Sophomore Austin Eckroat placed first in the event with a 54-round total of 199, two shots clear of second-place finisher Matthew Wolff — his teammate. Hayden Wood finished in sixth with a 208, Zach Bauchou tied for 15th with a 212, and Rasmus Neergard-Peterson finished tied for 40th with a 222.

Here’s more from okstate.com on the individual successes of Eckroat and Wolff.

Individually, sophomore Austin Eckroat kept the Cowboys’ string of medalists in tact for the year. OSU has produced the individual champion in all seven of its events this year and Eckroat became the third Cowboy to emerge victorious this season. The Cowboys’ seven medalists are now tied for the third-best total on the school’s single-season list.

Eckroat carded a closing 67 to finish at 14-under 199 and two shots clear of sophomore teammate Matthew Wolff. After using a 63 during his second round to move into the top spot on the leaderboard, Eckroat followed with his 4-under tally in the third round. He opened with four consecutive pars before carding his lone birdie on the outward nine at the fifth. After making the turn at 1-over 37, Eckroat lit up his second nine with five birdies to come home in 30. [okstate.com]

All that to say that OSU had unquestionably a better week than all of us. Soaking up the Mexico sun and the individual and team awards in a nice event was quite a way to kick off a week.

The team gets a breather for the next two weeks before traveling to the dreary state of Florida on March 17 to compete at the Valspar Collegiate in West Palm Beach.