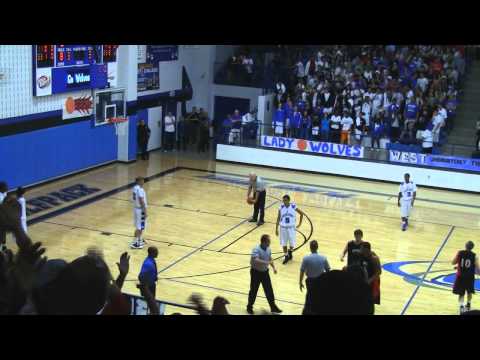 Travis Ford is on a rampage of the Dallas Ft. Worth metroplex. Last year it was LeBryan, this year it’s a pair of teammates: PG Phil Forte and SF Marcus Smart of Flower Mound Marcus.

Editor’s note: The last player to play at OSU from Flower Mound Marcus was 6’6 swingman named Nolo, who is now a contributor to this blog. Also seems like a good time to mention he’s a proud member of Club Tril.

Smart is the #14 player in the nation and was coveted by, among others, Texas, North Carolina, and Kansas. Oh, and Baylor, not sure how I forgot that. Who isn’t Baylor recruiting.

Here’s what ESPN had to say about him: “Smart is one of the most unique players in all of high school basketball. He can impact the game at both ends of the floor due to his skill set and physical approach. He has leadership qualities and his demeanor is contagious. If he can continue to hone his perimeter skills and post up game he is projected to resemble the Louisville guards of the 1980’s.”

Forte is a 3-star who was being recruited by Kansas, USC, and Kansas State.

As John Helely pointed out, they are 90-13 as teammates with back-to-back state titles. And this isn’t James Anderson dominating skinny Arkansas boys in one-stoplight towns. This is big-time Texas high school basketball, and they’re dominating it.

According to Star Local Sports, here’s what the two had to say about their decision:

Forte: “It was a very tough decision, the whole process was pretty overwhelming and I’m excited to have made my decision, even though it hasn’t really set it in yet. Having to tell all of the great coaches that were recruiting me that I’m going to be going to Oklahoma State was the hardest thing I’ve ever had to do in my life.”

Smart: “It’s a big relief, Phil and I visited and sat down and prayed and it just felt right. Getting a chance to continue playing with Phil played a major role in my decision.”

All of this could have taken a very different turn a few months ago.

According to a report by the Dallas Morning News in February Smart and Forte’s family were investigated because Smart’s family was living in a house owned by Forte’s family. Forte’s father is a prominent booster of their high school.

The report said that Smart’s family was paying well below market rent at $800 (the investigation said that should have been closer to $1,200).

Forte’s family argued that they were family friends and that their payment was enough to cover the principal and interest on the house.

So if that doesn’t scream “we’re going to get our Heisman stripped!!!” I don’t know what does.

Just kidding, although I will say Travis Ford has been making some…interesting…recruiting decisions of later. I hope this one works out. I hope Smart plays like this: