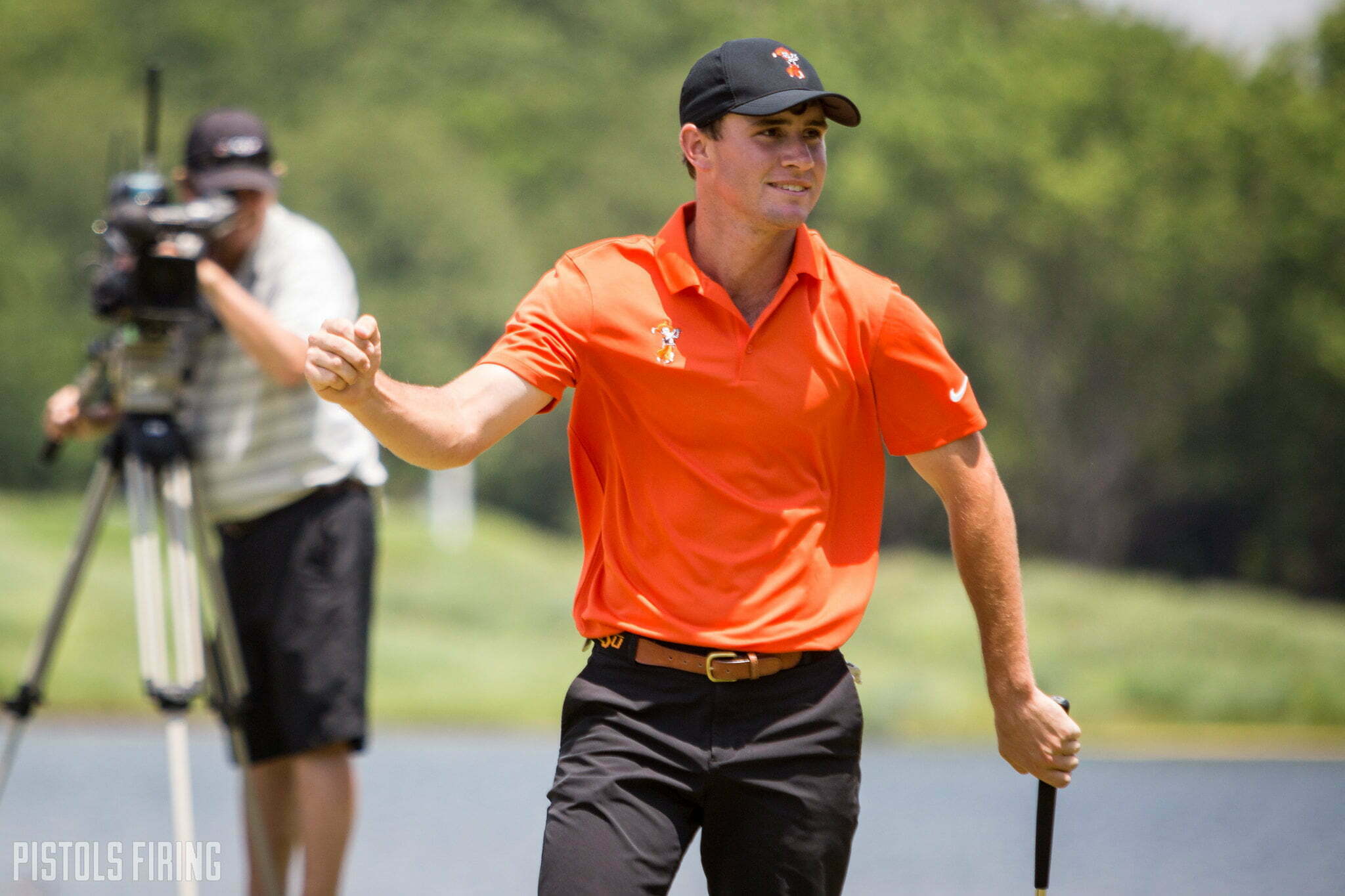 OSU’s men’s golf team on Tuesday took home its fifth consecutive regional crown in a dominant showing at Karsten Creek, posting a 54-hole team score of 836 (28 under) and besting the runner-up by 14 strokes.

The win came on the low round of the day at the NCAA Stillwater Regional as the Cowboys strutted past Illinois, SMU, Sam Houston and Little Rock with a final round 277, 12 strokes clear of any other team Tuesday.

OSU’s Bo Jin finished runner-up as an individual after posting a 4-under 68 Tuesday on the heels of a second-round 65 on Monday. It’s the second runner-up for the Cowboy freshman in as many outings. He was joined in the top 10 by a pair of Pokes as sophomore Eugenio Chacarra climbed into a tie for third place at 211. Junior Austin Eckroat posted a 212 and finished solo seventh.

OSU with the win has now won four times in its last five outings and has five wins on the season. The win allows the Cowboys to advance to the NCAA Golf Championships.