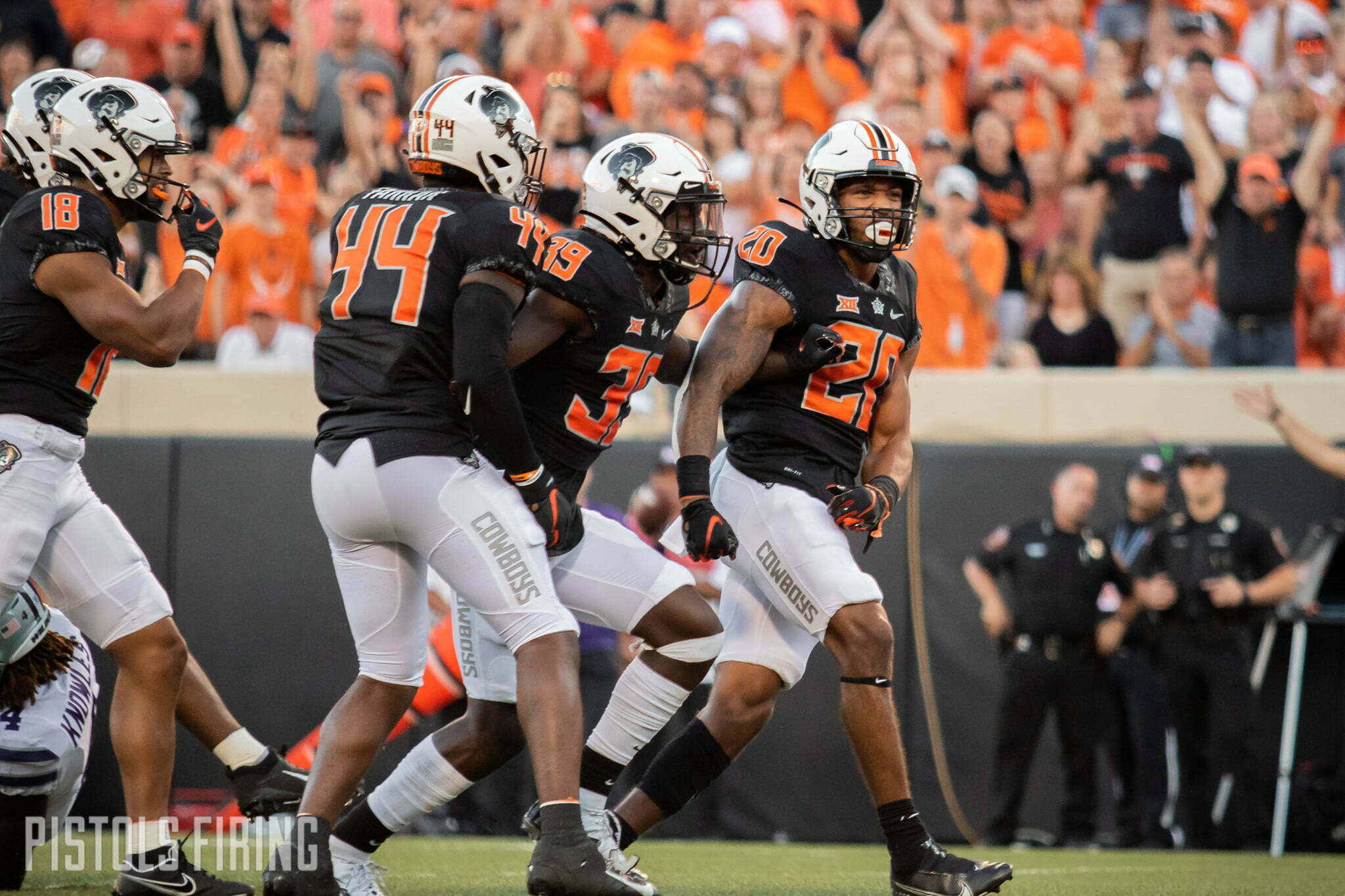 Oklahoma State climbed four spots to 18th in this week’s coaches poll after its 31-20 win over Kansas State.

Here’s a look at the Amway Coaches poll Top 25 for Week 5.

Heading into Week 5, the Cowboys have yet to be ranked by the AP voters, but have been in the Amway Coaches poll every week. OSU debuted at 22 according to the coaches, and also appeared at 23. This is their highest ranking so far this year.

Elsewhere in the Big 12, Oklahoma dropped one spot from 3 to 4 after a nail-biter against West Virginia. Iowa State dropped from 14 all the way out of the ranking after losing to Baylor on Saturday. That moved the Bears up to No. 24 in the ranking, meaning this weekend’s matchup with them in Stillwater will be ranked-on-ranked.