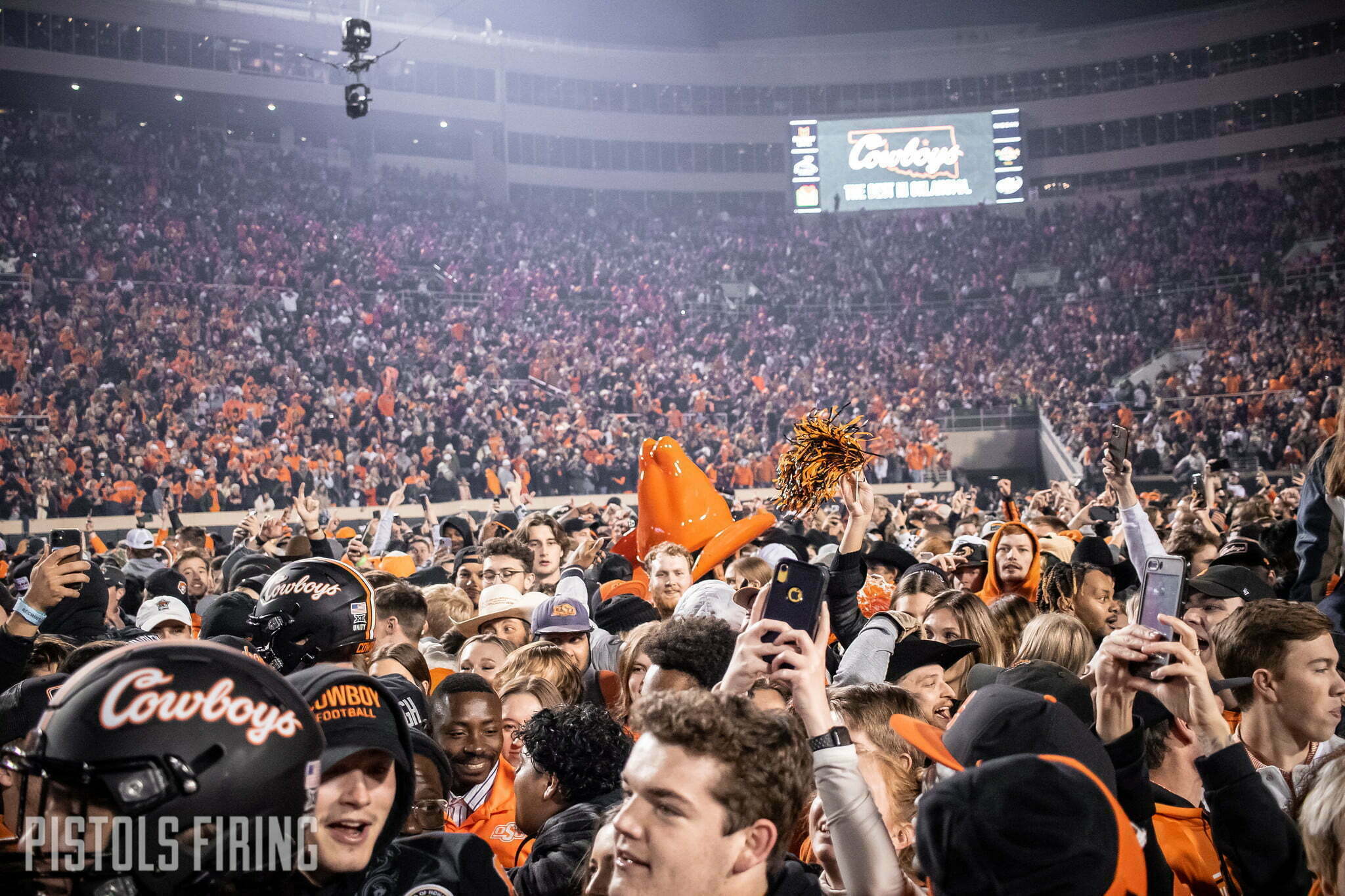 The latest casualty of the pursuit of greed conference realignment officially claimed a big victim as Bedlam is set to die when Oklahoma imminently joins the SEC. Both OU’s and OSU’s athletic directors told Brett McMurphy that the series will end with realignment shaking up the Big 12 as we know it. OU is set to leave for the SEC in 2025 (or potentially sooner).

What happened with the Bedlam series — the name given to the rivalry between Oklahoma State and Oklahoma — had been the topic of intense discussion and debate since OU and Texas announced last summer it would be leaving the Big 12 for the SEC. OSU coach Mike Gundy persistently claimed the topic was above his pay grade, but he acknowledged continuing the series could be a challenge (logistically and politically).

“Well, the future in Bedlam is a year or two left,” Gundy said this summer. “That’s the future of Bedlam, based on somebody else’s decision.”

“This is a big business now,” Gundy added. “And the traditions that we all embraced, and not just football but other traditions that have to do with college athletics, they’re gone now. The people in charge that are paying the bills, that are trying to get out of debt, are more interested in long-term financial security than they are in traditions.”

OSU athletic director Chad Weiberg told McMurphy that logistically, scheduling OU can’t happen unless there are “significant undertakings to make the game happen.” OU athletic director Joe Castiglione was less political about why the Bedlam series will die — though his response was to try and shoulder couch the blame on OSU (while ignoring the whole thing about OU choosing to leave the Big 12 and knowing this could be a result).

“Oklahoma State has shown no interest to schedule any future games in football, so we’re moving on (with filling OU’s future nonconference openings).”

The Bedlam series began way back in 1904 and there have been a whopping 116 meetings between the two — including the annual meeting taking place the last 112 years. That streak makes the series the second-longest currently uninterrupted rivalry, McMurphy noted, though it seems destined for death in short order.

Weiberg has been consistent on the topic of implications for the Bedlam series dating back to public knowledge of OU’s Big 12 departure. At the end of last year he suggested the football series against OU would likely cease, but he did make clear that OSU had a strong interest in maintaining the series in other sports.

“I’m not saying we would never play them, but logistics need to be worked out,” said Weiberg. “There are a lot of unanswered questions.”