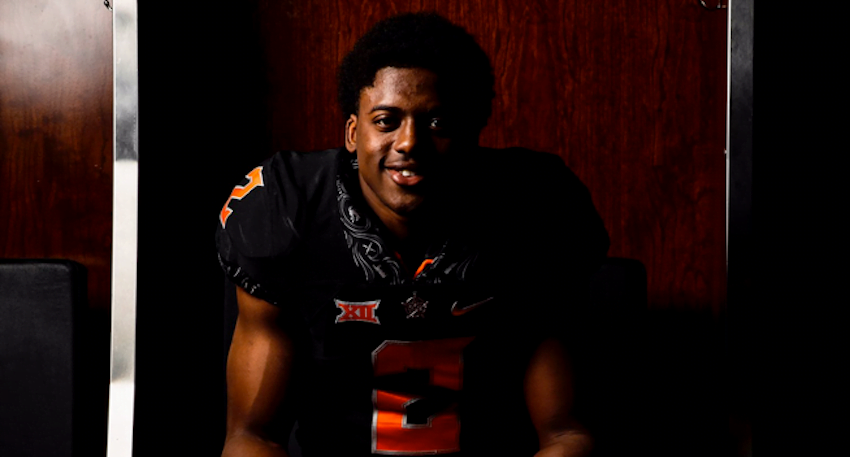 Class of 2021 running back recruit Tavierre Dunlap trimmed his list from 35 to eight on Thursday, naming Oklahoma State in his refocused recruitment along with Nebraska, USC, Arizona State, Michigan, Virginia Tech and Washington.

The 6-foot, 196-pound Dunlap, from Del Valle, Texas, is ranked as the 22nd-best running back prospect in the 2021 cycle according to the 247Sports Composite and a top-400 national recruit.

Oklahoma State is perhaps boosted in Dunlap’s eyes in part because of the pandemic’s timing. The Cowboys were the last school to host him for an unofficial visit in February before college recruiting was shuttered, which came just two weeks removed from the coaching staff extending him a formal offer.

In the months since, though, his profile has nonetheless risen steadily. In May alone, Notre Dame, Virginia, Michigan and Mississippi State all offered him a scholarship, following suit with TCU, Virginia Tech and UCLA, among others.

Oklahoma State already holds one commitment at running back from three-star Jaden Nixon, but this class for OSU will likely be heavy at the position with Chuba Hubbard’s imminent NFL graduation, LD Brown’s expiring eligibility, and Dezmon Jackson’s penultimate college campaign on deck.

Last season as a junior for Del Valle, Dunlap scored 23 total times — 20 on the ground and thrice through the air — while putting up more than 1,500 all-purpose yards. He should be in line for a monstrous senior season in 2020 … if Texas high school football is played, that is. If not, his junior season highlights should carry his status forward as one of the most explosive ball-carriers in the state.