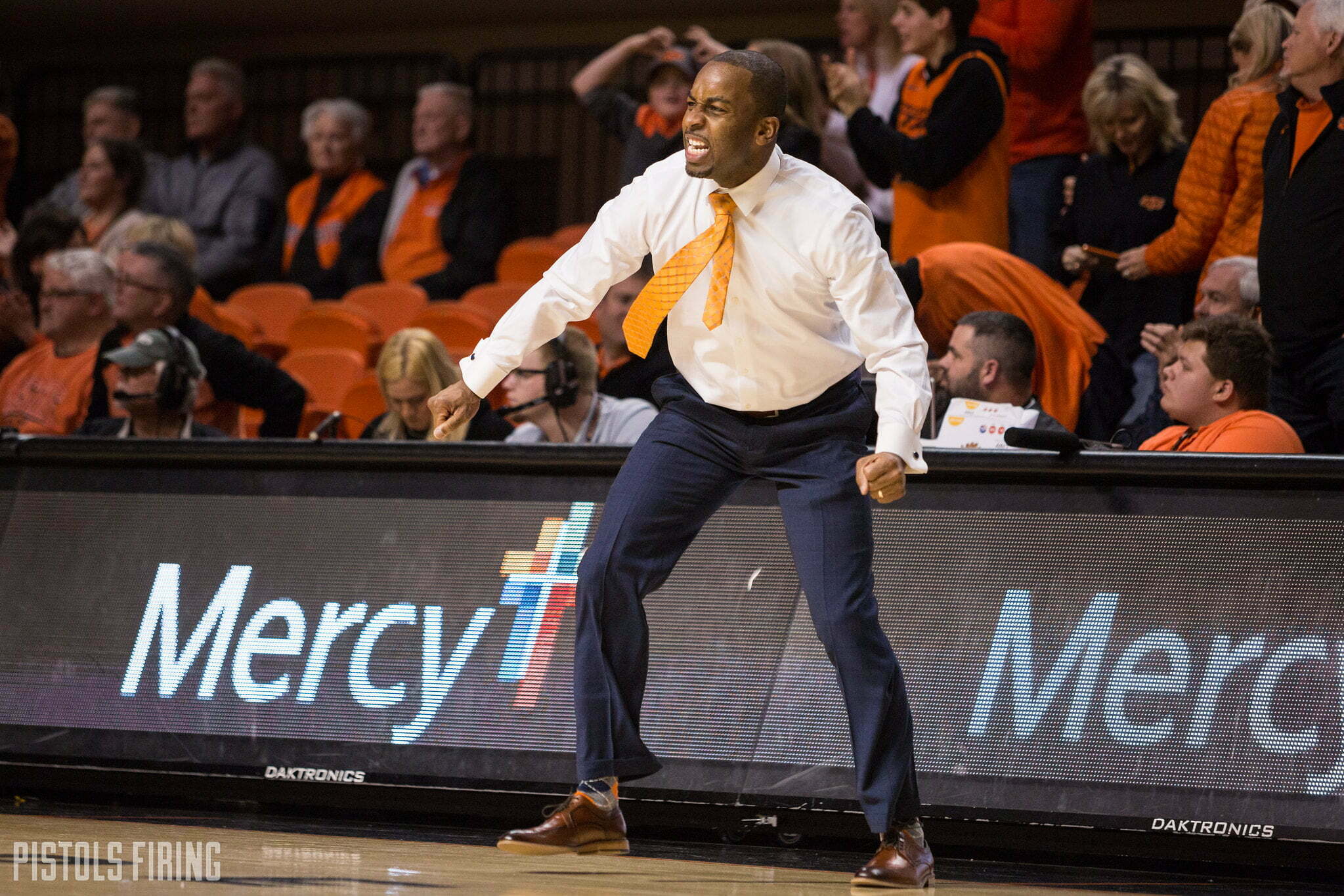 With at least two spots open on the roster for next season, OSU coach Mike Boynton is hitting the transfer portal and big-game hunting.

Jake Weingarten of Stockrisers.com reported Friday that Boynton is among those in the mix for East Carolina transfer Jayden Gardner, one of the most talented transfers on the market. Weingarten added that Boynton will make a virtual visit with him on Monday as will LSU coach Will Wade.

Gardner’s services are in high demand. Arkansas, Miami, Pitt have already made contact. So has NC State, Ole Miss, Texas A&M. And that’s just a few of the many.

What’s the fuss about? Gardner is a 6-foot-7 monster who, despite ECU’s 8-11 record last season, was among the more complete players in the AAC level the last few seasons. Here’s a look at his stats by year:

So … yeah. Prettay, prettay, prettay good. The Athletic’s Sam Vecenie and Brian Bennett rank him as the No. 25 overall player among all eligible and available high school preps/transfer prospects.

Gardner has been one of the most productive players in college basketball for three years now. He put up 16.0 points and 8.5 rebounds as a freshman, and was similar in averaging 18.3 points and 8.3 rebounds as a junior. He was all-freshman in the AAC, then second-team and first-team all-conference as a sophomore and junior, respectively. The big question is simply what his game looks like surrounded by good players in a good situation. Against quality competition, Gardner has been much less efficient. Whereas his overall true-shooting percentage is about average at 56.4, in 31 games against Tier A+B competition, according to KenPom.com, Gardner has only posted a 50.5 true-shooting percentage. That probably has to do with the fact he doesn’t have much ability to shoot it, and is an undersized big reliant on finishing around the rim. He’s good at it, but is he good enough to consistently do it at the highest levels? That remains an open question. But he’s all sorts of tough and physical. He’ll have a long line of schools in pursuit, given his productivity. He’s definitely a high-major guy, but the range of outcomes of what he’ll look like full-time at that level is wide.

Gardner could fit a need for OSU. He’s 6-foot-7 — the size of a wing — but has the body, build and banging style to potentially play some 4 or 5 in small-ball lineups. Just check his impact here in a game earlier this season as ECU — a massive underdog against Houston and its top-10 defense — upset the Cougars. He had 21 points and 15 boards in the win.

OSU is losing Cade Cunningham to the draft and Ferron Flavors to the transfer portal but is already pursuing plenty of players, Gardner among them, to reload for next season.