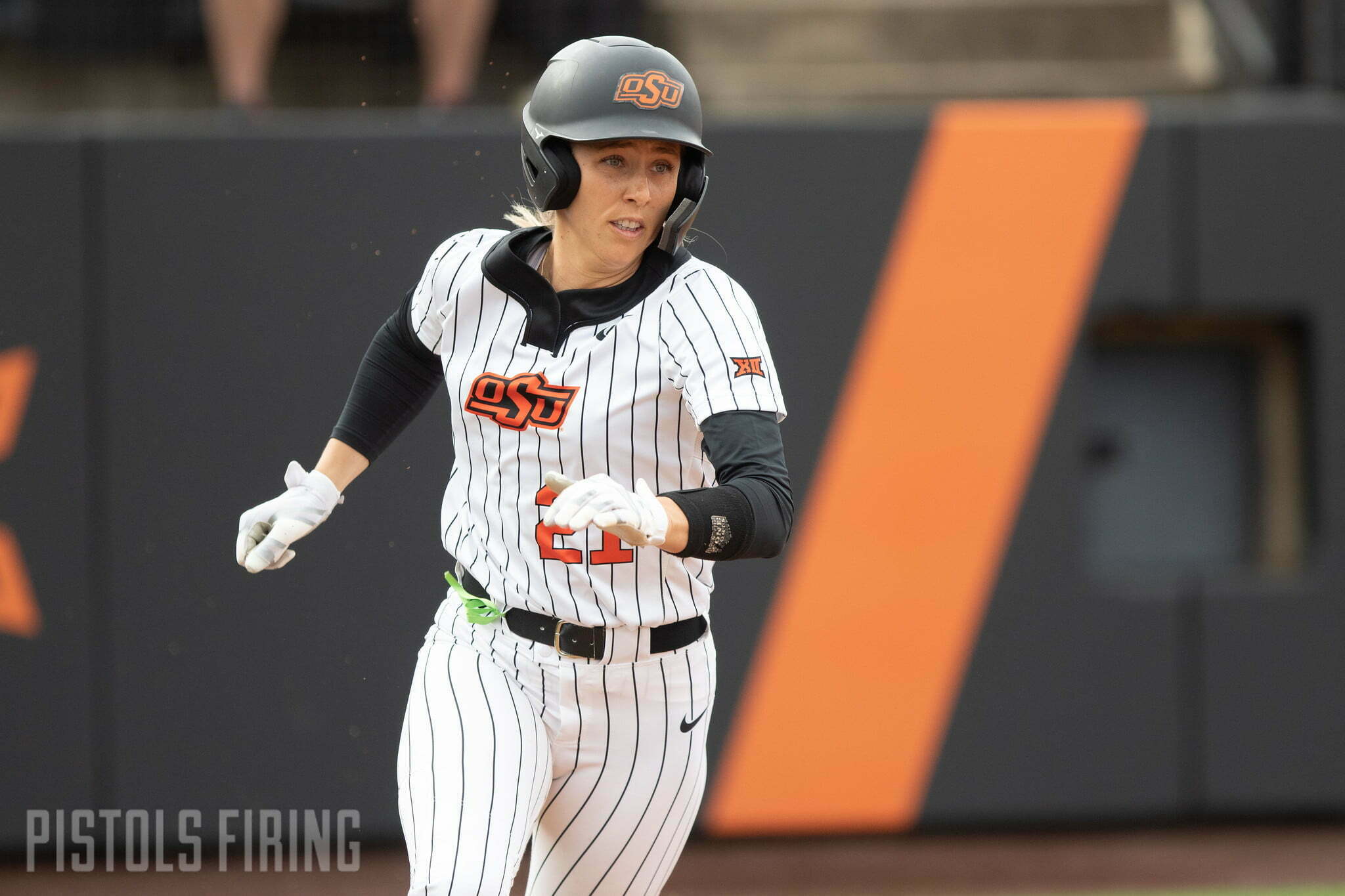 The Cowgirls set a season-high in home runs on Sunday — before the end of the first inning.

No. 10 Oklahoma State completed the three-game sweep of Texas Tech in Stillwater on Sunday, thanks to an early offensive explosion and a stingy performance from inside the circle. It’s a pretty simple formula for success but it’s not easy, though the Cowgirls have made it look pretty easy the last couple of weeks.

Miranda Elish hit her first home run as a Cowgirl in the series opener on Friday, and that somehow broke the seal.

After another moonshot on Saturday, Elish got the Cowgirls on the board with a grand slam, the first of five first-inning dingers, a program record.

Syndey Pennington, Karli Petty, Brianna Evans and Kiley Naomi all added bombs in the first before Elish came back to the plate and added another home run, this time a two-run shot.

The Cowgirls had 15 at-bats in the opening inning — retiring three Red Raider pitchers — and came out with 12 runs to show for it.

OSU finished with six homers thanks Pennington’s second deep ball slipping just inside the left-field foul line pole, to start off a four-run second inning and pad the lead at 16-1.

The Cowgirls were efficient at the plate, to say the least. Those 16 runs came on 11 hits and 15 RBIs.

It Wasn’t All Offense

Kelly Maxwell moved to 11-0 on the season, following up her no-hitter on Friday with a solid three innings in the circle on Sunday. She struck out eight, walked one and allowed just two hits and an opening-inning home run to Tech’s Payton Jackson. Morgan Day came on for the final two innings and struck out one, allowing three hits and just one run to seal the mercy-rule win.

The Cowgirls have a mid-week matchup with Tulsa at 6 p.m. Wednesday in Stillwater, and then it’s off to Waco for a weekend series against Baylor starting at 6:30 p.m. Friday.